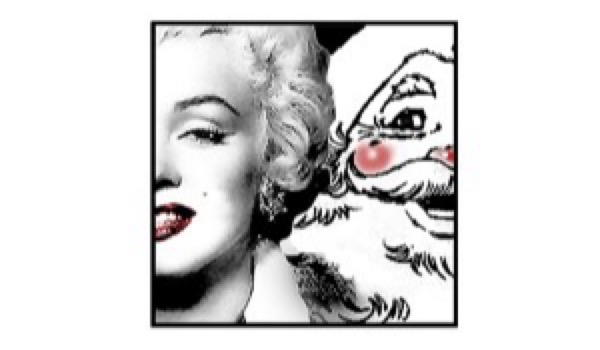 A funny story from the Los Angeles Times, inspired by the success of MM-inspired movies from Insignficance to My Week With Marilyn.

“I told Marilyn of how my sleigh would often ride along waves of antimatter as I passed through furious winter storms. The antimatter would rise up and strike the craft, forming a buoyant cushion that sped me on my way. It was similar to the drafting done by cyclists or race car drivers, except I was drafting on the aurora borealis.

To demonstrate the physics of it, I took a sheet of typing paper and folded it into a standard paper airplane. We went to the French windows of her bungalow, wide open on an unseasonably warm L.A. night, and with a flick of my wrist I sent the airplane off on the Pacific breezes. Up and up it went, looping and fluttering, dove-like and nearly alive. The little paper airplane looked caught in the glow of a stage light. ‘Where’s it going?’ she asked. ‘There,’ I said, nodding toward the full moon.

‘You can send a paper plane to the moon?’

‘Through the folds of space and time, anything is possible,’ I said. ‘Come on.’

Back inside, I pulled out an old brass telescope and focused on the moon just in time to see the little paper plane touch down softly on the lunar landscape, kicking up a small talcum cloud.