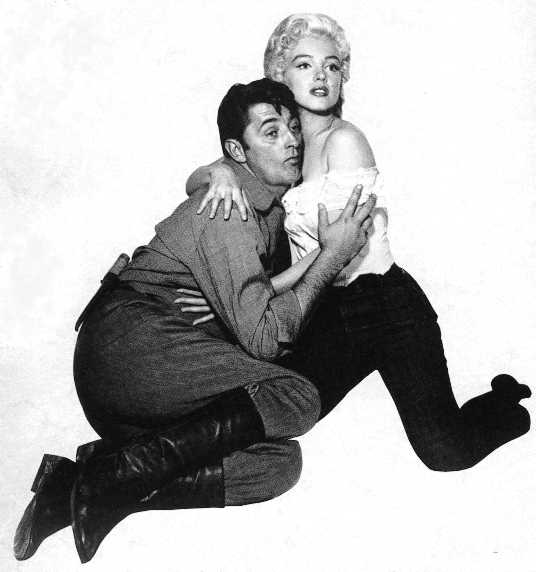 River of No Return will be screened at the Billy Wilder Theatre, UCLA, at 7.30 pm on July 23 as part of a retrospective, Tracking the Cat: Robert Mitchum in the West, running from July 8-30. Producer Stanley Rubin will attend. More details in the LA Times

July 7: How to Marry a Millionaire

July 14: River of No Return

July 15: The Prince and the Showgirl, Let’s Make Love

The original soundtrack albums for Niagara and River of No Return have been released on a compilation CD by the Intrada label. Niagara includes The Starlighters’ version of ‘Kiss’, as requested by Marilyn in the movie. Marilyn’s own recordings do not appear on the CD, but these are already widely available. 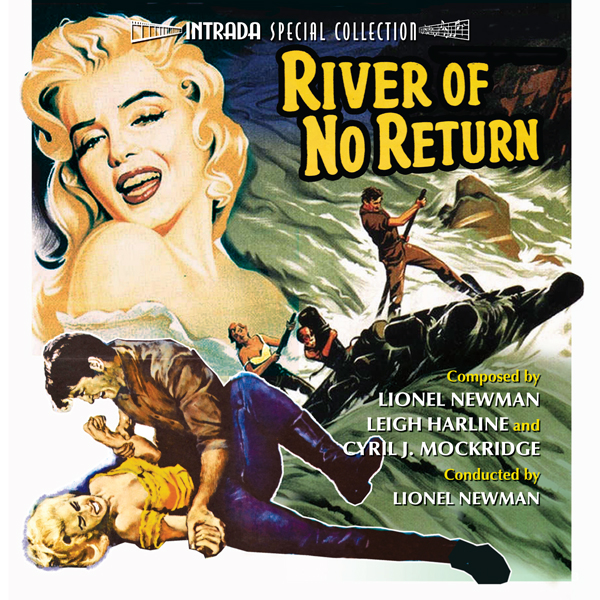 The compilation was released in February in a limited collection of only 1000, and unfortunately, it has already sold out. However, used copies can be found on Ebay. Hopefully Intrada will consider a reissue?

“RIVER OF NO RETURN / NIAGARA

Thanks to Tony D at Everlasting Star 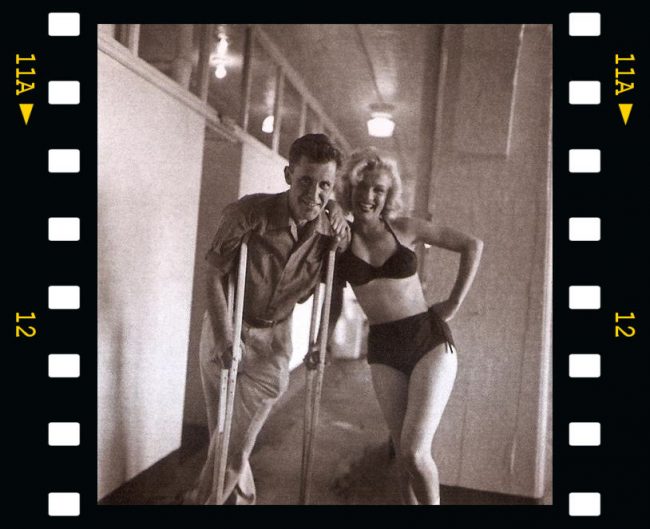 My profile of photographer John Vachon, whose work with Marilyn Monroe is collected in a new book, Marilyn, August 1953: The Lost ‘Look’ Photos, has been posted here. 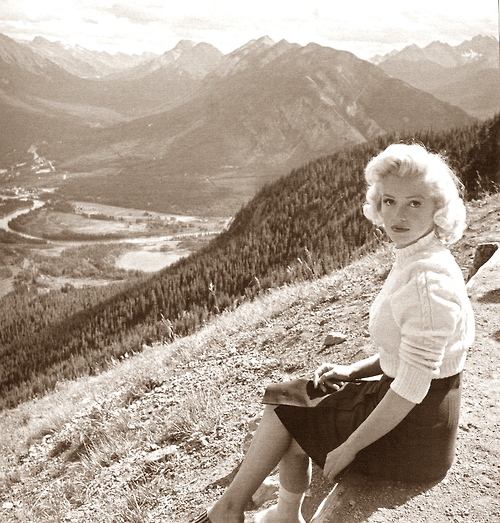 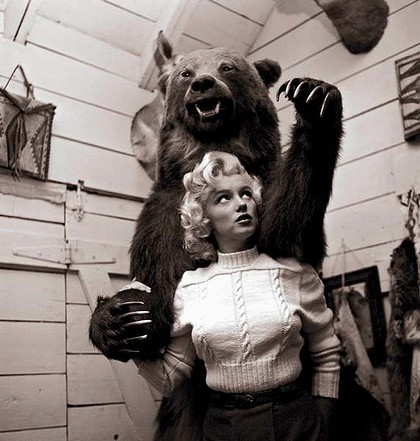 By Bob Duggan at Big Think

“Wallis remarks on Monroe’s ‘stagy performance of threatened innocence’ that Cindy Sherman and Madonna, most notably, mimicked years later. In fact, many of Vachon’s photos seem like precursors of Sherman’s famous ‘film noir’ stills, yet Sherman, like the rest of us, couldn’t have possibly seen them until now. In Vachon’s photographs, Monroe the collaborator in her own image-making emerges…

…Yet, even when she posed with a stuffed grizzly bear (shown above), Monroe managed to achieve that ‘threatened innocence’ Wallis praises and makes even the stagiest photo seem interesting. Marilyn becomes a grown-up Goldilocks in this photo sensing Papa Bear’s hot breath on her nape. In the fairy tale world of Hollywood glamour, Monroe knew both the dangers and rewards first hand, yet still could mock the system with a single look as much as with a sprained ankle… 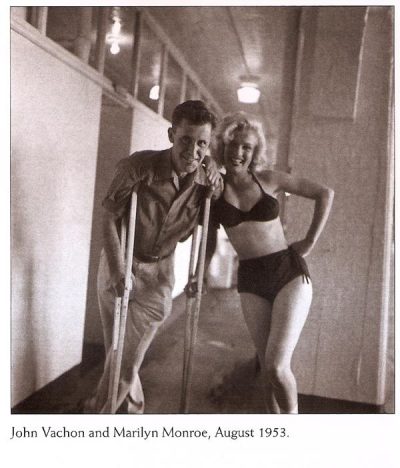 …In a later shot taken by someone else on that same day, Vachon and Monroe posed together, but with Vachon using the crutches. The two artists both understood the game they had to play, and both enjoyed the joke they were playing on the game itself. 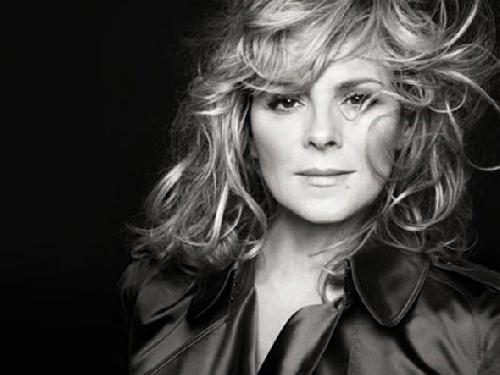 It seems that Marilyn wasn’t the only actress to face the wrath of Otto Preminger, who directed her in River of No Return. Kim Cattrall (Samantha Jones in Sex and the City) told The Guardian this week:

When the veteran director Otto Preminger signed the 17-year-old Cattrall to a contract with Universal Studios, he informed her: “Darling, you remind me of Marilyn Monroe – not in looks of course, but in lack of talent.”

“Actually, he was right,” Cattrall says. “I was terribly unformed. I was this scruffy provincial with wild hair and jeans who had been raised in the wilds of British Columbia, not glamorous at all. It eventually dawned on me that, whether I liked it or not, my appearance was going to be every bit as important as my ability. It made me realise that maybe I needed to dress up a bit.” 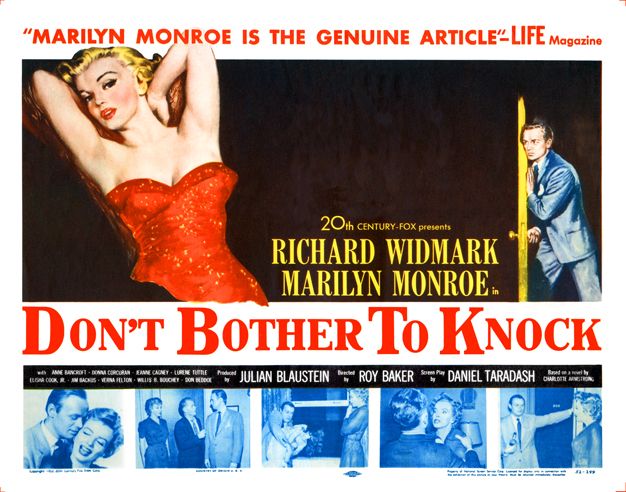 There could hardly be a more perfect setting for a Marilyn Monroe movie season than the Warhol Museum, Pittsburgh. The screenings accompany the Marilyn: Life as a Legend exhibit, which runs from October 23 through to January 2. 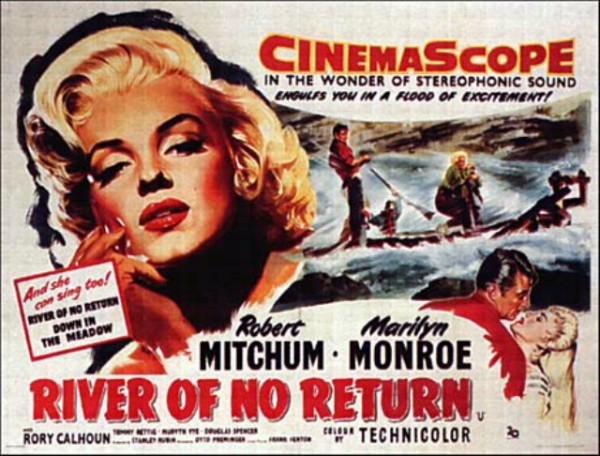 Nice to see two of Monroe’s lesser-known films on schedule: Don’t Bother to Knock (a 1952 thriller containing one of Monroe’s most impressive dramatic performances) and River of No Return, a visually arresting Cinemascope western from 1954, with some great musical numbers from Marilyn (though a bit light on realism!)

How to Marry a Millionaire(1953) 95 min. Directed by Dir. Jean Negulesco

Some Like It Hot(1959) 120 min. Directed by Billy Wilder
Pittsburgh author and journalist Barry Paris will introduce the film. 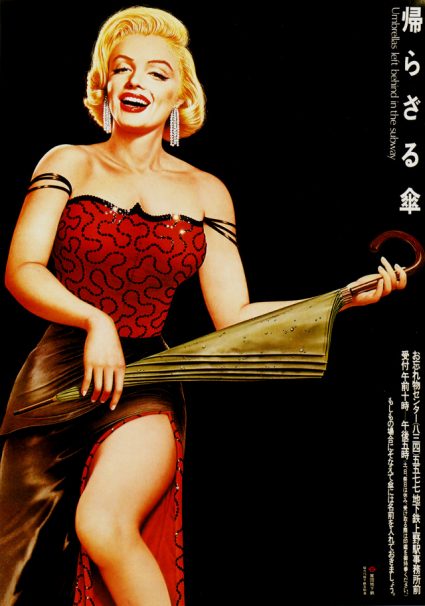 Umbrellas left behind in the subway (June 1976)

‘This Marilyn Monroe poster aims to remind passengers to take their umbrellas with them when they leave the train. The text in the top right corner — ‘Kaerazaru kasa’ (umbrella of no return) — is a play on ‘Kaerazaru Kawa,’ the Japanese title for River of No Return, the 1954 movie starring Monroe.’