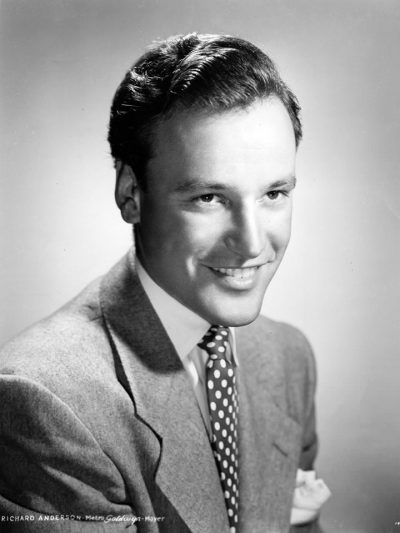 Actor Richard Anderson – best-known for his role as Oscar Goldman in the popular 1970s TV shows, The Six Million Dollar Man and The Bionic Woman – has died aged 91. You can read more about his encounter with a young Marilyn here.

Although best-known for his role as Lee Majors’ boss in The Six Million Dollar Man, Richard Anderson’s career dates back to the golden age of Hollywood. Born in 1926, he made his movie debut in 1947 – just like Marilyn Monroe. Anderson would later appear in Bus Stop, a TV series based on Marilyn’s 1956 movie. But as he reveals in a new book, Richard Anderson – At Last…, their first encounter occurred long before she appeared before a camera.

“Part of my job as Commissioner of Safety at University High was to sit at the east gate to make sure that the students had a pass to come to school and leave.

One day, I was eating a 15-cent lunch of egg salad sandwich and my favourite dessert – sherbet.

Sitting there eating raspberry sherbet, the east gate door opens and in walks this lady. Blonde with everything else that counts. She gave me a big smile, and I stopped eating.

‘How are you?’ she murmured.

From the east gate to the main building is a long, long walk. She smiled her beautiful smile and then slowly moved away – very slowly – I watched the way she moved until she was out of sight. What a walk. I was transfixed. I also wasn’t hungry anymore…

Moreover, I forgot to ask for her pass!

I would later learn that her name was Norma Jeane Mortenson. But she will be forever be known to all as…Marilyn Monroe.”

Anderson was also a student at University High School, volunteering for the Commissioner of Safety post in 1941. Norma Jeane’s first boyfriend, Chuck Moran – whom she dated that year – was a University High student, although at the time of their relationship, Norma Jeane attended Emerson Junior High. 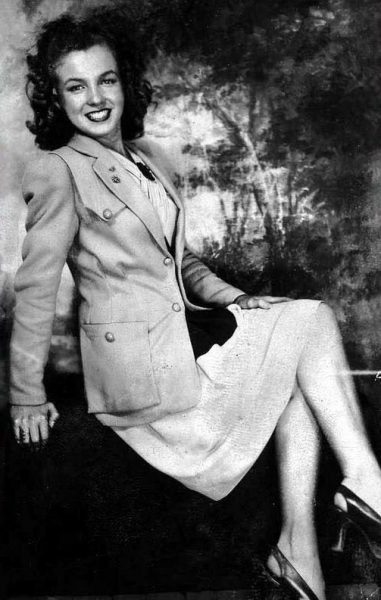 In September 1941, while living with Grace Goddard and her family, Norma Jeane enrolled at Van Nuys High. But in February 1942, after Grace’s husband was promoted to a post in his native West Virginia, fifteen year-old Norma Jeane returned to live with Ana Lower, and transferred to University High. By June, she had left school to marry Jim Dougherty. 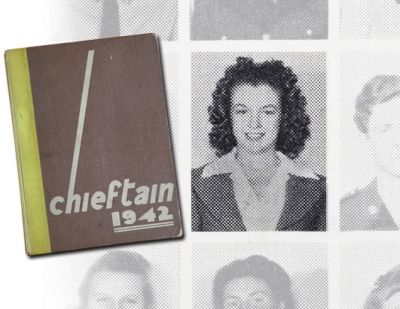 Norma Jeane was not yet a blonde at this time, although she could be described as ‘California blonde’ (because her hair lightened in the sun.) But Anderson’s story rings true. By the late 1940s, he was a member of the Actors Lab in Los Angeles, recalling that Marilyn and John Garfield were also regulars.

He also recalls seeing Marilyn, now a major star, in the Fox Commissary with her Monkey Business co-star Cary Grant and director Howard Hawks. Grant went to the trouble of introducing her to Anderson. However, she recognised him instantly.

This story is also believable, as Marilyn never took even the smallest kindness for granted. Anderson writes that he was on loan to Fox for A Life of Her Own (starring Lana Turner), but that film was made at MGM in 1950, two years before Monkey Business.