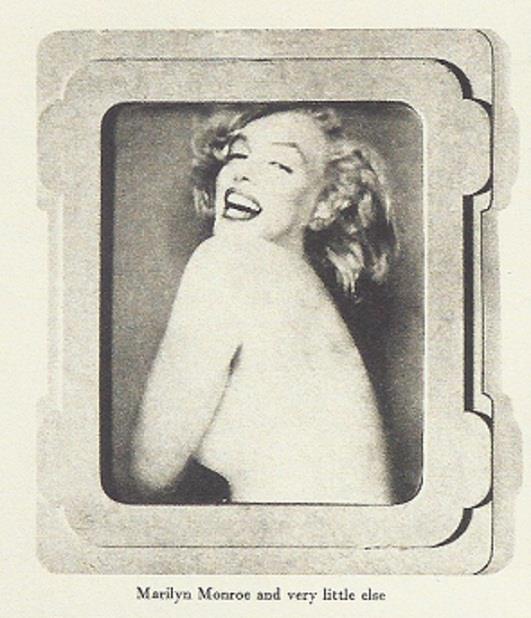 A few years ago, this photobooth shot of Marilyn by Richard Avedon was auctioned. Thanks to Everlasting Star member ‘Joan Newman’, we now know the story behind it (click the images to below to read at full-size.) 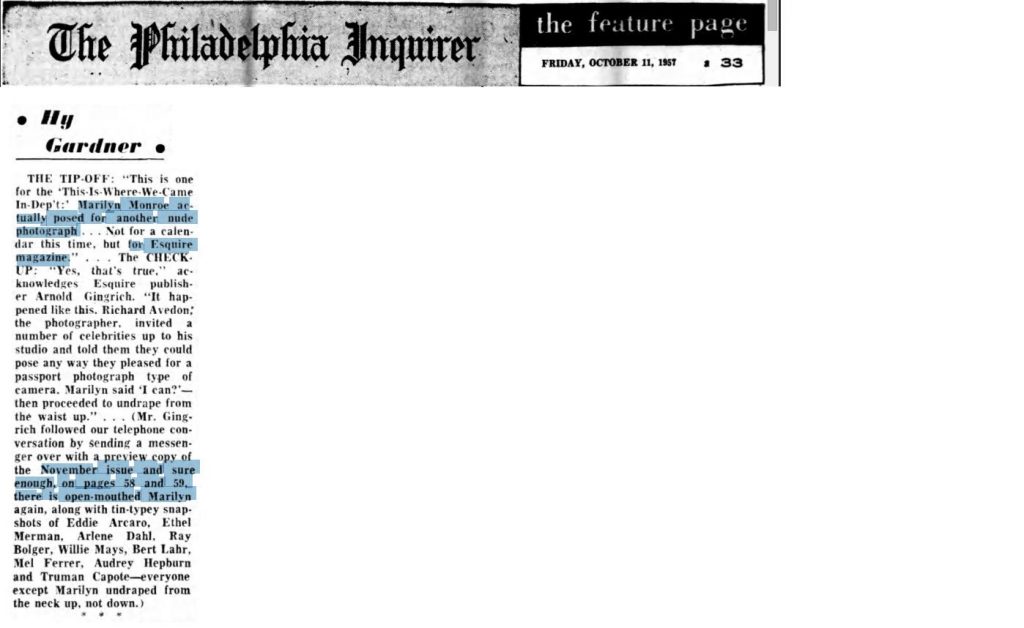 ‘It happened like this. Richard Avedon, the photographer, invited a number of celebrities up to his studio and told them they could pose any way they pleased for a passport photograph type of camera. Marilyn said, I can?– then proceeded to undrape from the waist up.’

(Mr. Gingrich followed our telephone conversation by sending a message over with a preview copy of the November issue and sure enough, on pages 58 and 59, there is open-mouthed Marilyn again, along with tin-typey snapshots of Eddie Arcaro, Ethel Merman, Arlene Dahl, Ray Bolger, Willie Mays, Bert Lahr, Mel Ferrer, Audrey Hepburn and Truman Capote- everyone except Marilyn undraped from the neck up, not down.'” – Hy Gardner, Philadelphia Inquirer, October 11, 1957 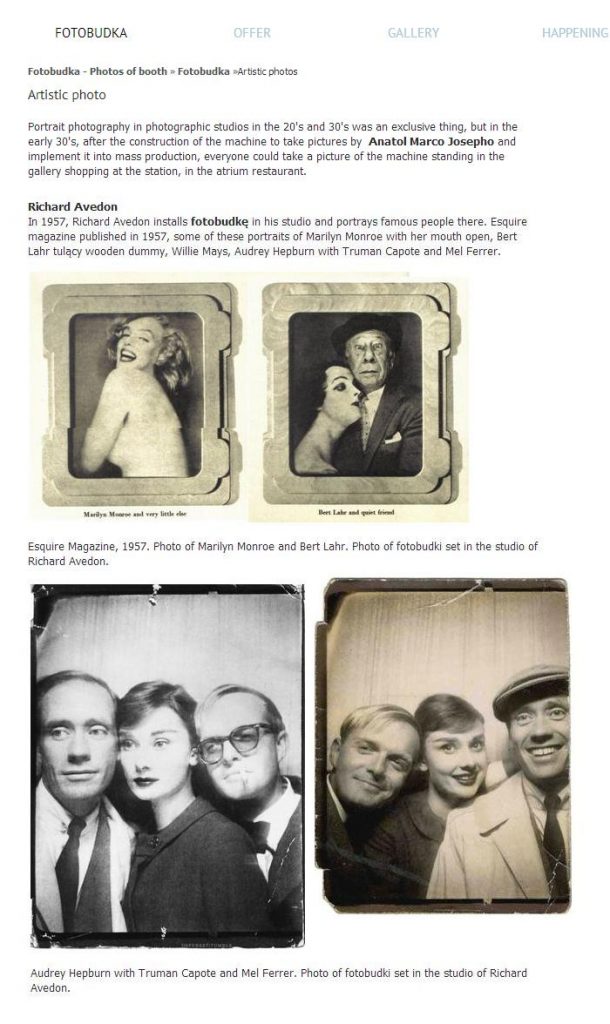 “In 1957, Esquire magazine lugged one of Mutascope’s art deco booths into Richard Avedon’s New York studio. According to the article, Avedon ‘has long asserted that true photographic talent cannot be restrained by a camera’s technical limitations.’ The Esquire editors picked celebrities and challenged Avedon to produce photographs. The resulting photomatic essay is stunning, including images of Marilyn Monroe, Audrey Hepburn, Truman Capote and Ethel Merman.” – From ‘A History of the Photobooth’, PanModern.com