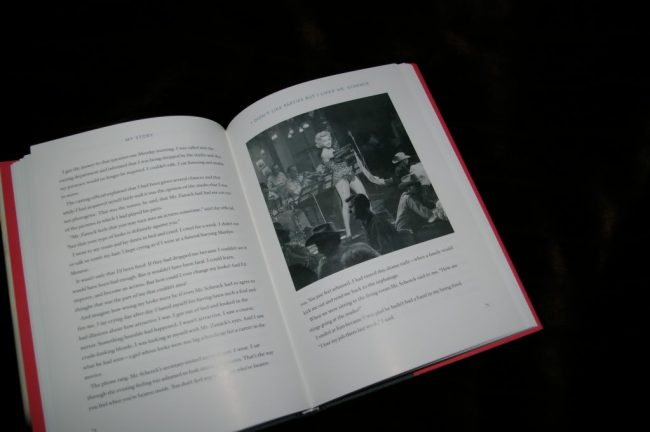 The New Yorker takes a look back at the exploits of literary agent Jacques Chambrun, whose unscrupulous behaviour derailed My Story, Marilyn’s 1954 memoir (as told to Ben Hecht.)

“When Ben Hecht ghost-wrote Marilyn Monroe’s memoir, Chambrun sold a scandalous passage to a London tabloid for a thousand pounds with neither Monroe nor Hecht’s permission; Monroe was so unnerved by the article that she rescinded her support for the book and Hecht had to return his five-thousand-dollar advance to Doubleday. (‘My Story’ was eventually published, twenty years later, but Hecht was not credited until the book’s third printing.)” 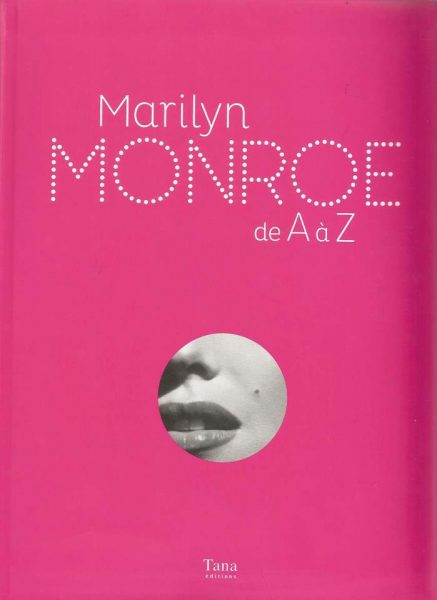 Lois Banner’s MM – Personal and Marilyn’s own My Story are now also available in French translation.

Thanks to Club Passion Marilyn 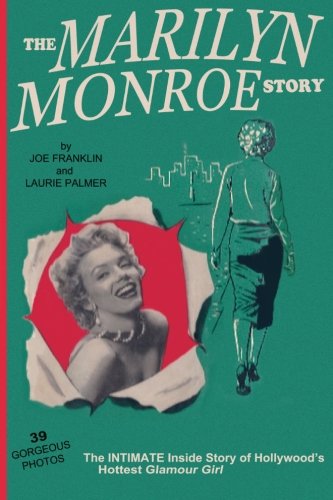 The Marilyn Monroe Story (1954) was the very first biography to be published  about Marilyn, and copies of the original now sell for high prices. So I was delighted to find that this rare book is now available on Kindle for just £1.93!

If you don’t own a Kindle, you can still read this on your computer if you download Amazon’s Kindle For PC. And if you would still prefer a hard copy, author Joe Franklin’s website tells us that the book will soon be reissued in paperback.

Let’s hope some other rare books will made available this way. Here’s a selection of MM-related titles on Kindle:

My Story by Marilyn Monroe

Inside Marilyn Monroe by John Gilmore

A Different View of Marilyn by Al Guastafeste

To Norma Jeane With Love, Jimmie by James Dougherty

Nanette Barber, who has worked at Northbrook Public Library, Illinois, for 42 years, was secretary to the famed Hollywood screenwriter, Ben Hecht, from 1949-54. Talking to the Northbrook Star, Barber recalled their collaboration with Marilyn on her memoir, My Story:

‘Hecht, who, for years was uncredited for Marilyn Monroe’s memoirs, spent several interview sessions with the star while Barber typed, often at Monroe’s residence, just before she married Joe DiMaggio.

“(Hecht) sent each (memoir) chapter to his agent in London and his agent put it in the tabloids,” said Barber. “Just one more treacherous thing that happened in her life.”

“She (Monroe) was utterly beautiful, absolutely beautiful. She was bright (intelligent), she was just so lush looking. And she talked about her mother,” said Barber, describing a household dry cleaning method. During Monroe’s childhood, her mother dried chemical laundry by spreading it on a lawn.

“She (Monroe) said, ‘I used to sit next to these clothes and I would feel the lawn,’” said Barber. “And she had a mink coat on and she said, ‘Maybe that’s why I like to touch mink.’”

During one interview, Monroe sat near a picture window.

“Ben said, ‘Where’s Joe (DiMaggio) today?’ You could see San Francisco over her shoulder and she said, ‘Out there.’ It was so cute,” said Barber, “San Francisco is a fishing community and (DiMaggio’s) family all fished out there.”

Barber’s interview and career was now coming to a close.

“I love to read mysteries. But I don’t like unhappy endings. It’s gotta be a Cinderella story for me, no angst.”’

“Of course, part of what makes Marilyn an interesting person to study is the ambiguity of her life and her death. As anyone who studies history might know, it is the women who died mysteriously, committed suicide or led interesting sexual lives who are most remembered (think Plath, Sexton, Cleopatra). It’s unfortunate that Marilyn and these other greats are not first and foremost remembered for their work.

Especially for her time, she was a woman who stood her ground. I couldn’t help but respect her for that.

If taken at face value, this book provides surprising insight into her world. I think it’s always important to hear the genuine voice of famous women like Marilyn Monroe, especially because these are the ones whom biographers most often tend to exploit.”