Clash By Night will be screened at New York’s Museum of Modern Art next Wednesday, April 10 (at 7 pm), and Sunday, April 14 (at 2:30 pm); in conjunction with a movie poster exhibition in the theatre galleries, as David Alm reports for Forbes. 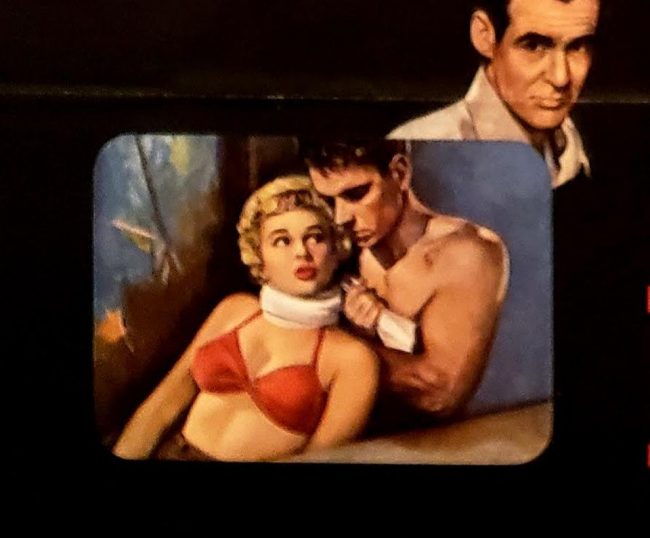 “The movie poster has to be one of the 20th Century’s most enduring pieces of cultural ephemera. Created to seduce audiences into paying a cool quarter to see the pictures at the start of the so-called ‘golden age’ of Hollywood, in the 1920s, many of those posters have acquired a second life as artifacts of a bygone era.

The exhibit pairs with a film series, running April 8th through the 20th, that includes 13 films dating from 1929 through 1974 that, like the posters on display, explored sexual identity in ways ranging from deeply coded, to subtly suggestive, to brazenly forthright. Where a film, and its poster, falls on that spectrum depends largely on when the film was made.

It’s arguable that the golden age of Hollywood was golden precisely for these careful subversions, these subtly embedded messages to those who wanted something from their cinema besides a fortification of socially acceptable ideas of what it meant to be a man or a woman, or of what human sexuality should look like.”

Marilyn’s choreographer and friend, Jack Cole, is the subject of a new retrospective at New York’s Museum of Modern Art (MoMA), ArtForum reports. Opening tomorrow (January 20), ‘All That Jack (Cole)‘ is a two-week tribute, and will include screenings of Gentlemen Prefer Blondes, There’s No Business Like Show Business and Let’s Make Love.