In this 2014 article for Bustle, Anneliese Cooper ranked her favourites among Marilyn’s comedy performances, both on the big screen (in Gentlemen Prefer Blondes, How to Marry a Millionaire, The Seven Year Itch and Some Like It Hot) and her famous offscreen ‘Monroeisms.’

Thanks to Eiji Aoki 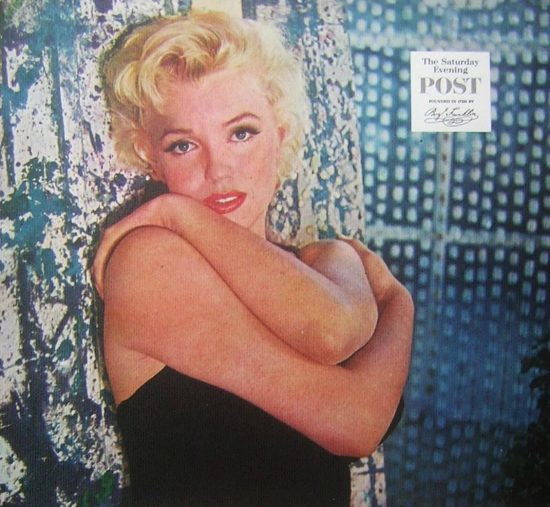 Jeff Nilsson takes a fascinating look back at Marilyn’s conversations with Saturday Evening Post reporter Pete Martin, who coined the term ‘Monroeisms’, proves once again that her genuine quotes are wittier than fakes. (Their interviews were later published in book form, as Will Acting Spoil Marilyn Monroe?)

“By 1956, Marilyn Monroe had earned a national reputation for being a ‘star,’ a ‘celebrity,’ a ‘sex symbol,’ and… a ‘dumb blonde.’ This last attribute came from the popular assumption that a woman with such a strong sensual nature must be ignorant. It was reinforced by the movie roles in which she played dim-witted ladies. Partly, too, it was Marilyn’s speech, delivered in a high, breathy voice that made her sound continually startled. And it wasn’t helped by many of the things Marilyn said without thinking.

But many of her sayings were well thought-out before uttered: the Post staff interviewer called them ‘Monroeisms.’ Sometimes they were baffling, but they were usually amusing and containing a double meaning.

In truth, Marilyn was continually thinking up these quotable lines. A senior publicity agent [whom Pete Martin referred to as ‘Flack Jones’] told Martin that she was a skilled ad-lib artist. ‘She makes up those cracks herself. Certainly that “Chanel Number 5″ was her own.'” 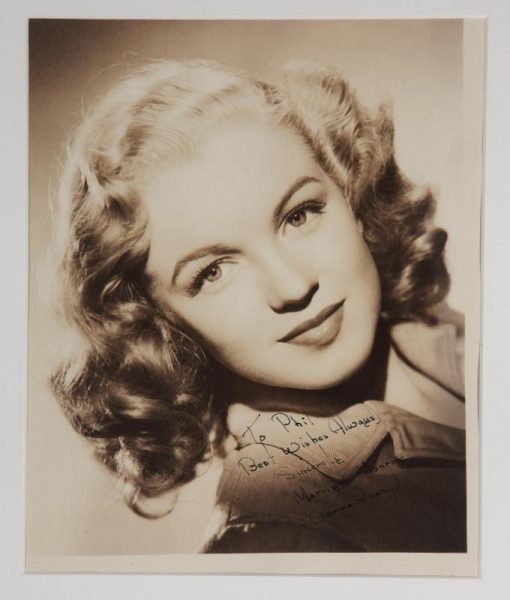 Scott Fortner takes a look at the upcoming Icons and Idols auction at Julien’s on his MM Collection Blog today, featuring this gorgeous signed photo of a young Marilyn.

While you’re visiting Scott’s website, why not enter the MM Notable Quote Competition, stating your favourite ‘Monroeism’ and explaining why – there are My Week With Marilyn posters up for grabs, plus a copy of Colin Clark’s book.