Dr Lois Banner, author of MM – Personal: The Private Archive of Marilyn Monroe, has been interviewed by Susan Andrews of USC Dornsife:

“To understand the highly complex Monroe, Banner said that you have to understand her complexities. ‘She had many personas, not just one, and she moved in and out of them.’

There are three main takeaways that Banner hopes to leave with the reader: Marilyn could cook, clean, get along with children, and wrote very well; she had every woman’s dilemma balancing work and home; and she was not the loner the tabloids would have you believe.

Through the receipts and letters, Banner reveals glimpses of Monroe’s personality and life. ‘She wrote notes to herself at night that gave her an opportunity to think through thoughts to herself.’

Banner did not publish all the letters that she came across. ‘Marilyn fought patriarchal men in Hollywood and these letters were difficult to decipher — an intricate maze of dealings with heads of studios, chess games with lawyers, and producers who blocked a creative artist’s ability to put herself in good films.’

Banner will discuss her book at the upcoming Los Angeles Times Festival of Books at USC. She is an invited speaker at the Friends of the USC Libraries Literary Luncheon.”

Read the interview in full here 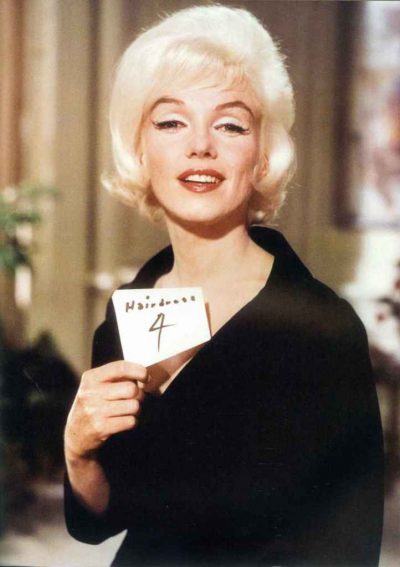 David Marshall, author of The DD Group and Life Among the Cannibals, has reviewed Lois Banner and Mark Anderson’s MM – Personal: The Private Archive of Marilyn Monroe:

‘The feeling is quite a lot like one feels after the death of a loved one and after having put it off for far too long, you finally get around to going through the things they’ve left behind. The mundane, the sad, and the funny are all right there…These are not stories that can be embellished or exploited, these are not the “memories” of those who after the fact present themselves as “best friend” or “Marilyn’s secret husband”. These are letters, legal forms, bills, personal photographs– all the personal debris we leave behind…They may not tell us how it felt to be famous or heartbroken but they remind us that people who are now known only in a mythical sense truly did pay bills, buy books and clothes, and saved old Christmas cards.’

‘In an age where celebrity is honored, where all you need to do is appear on a reality show to be “famous”, it does us good to see the mundane pieces of paper of one who truly was famous, who really did have an incredible talent, and really did hold an entire planet in awe. These books also serve a purpose in reminding us that people like Marilyn Monroe were human beings, did actually live.’

You can read David’s review in full at Goodreads

MM – Personal, the new book by Lois Banner and Mark Anderson, has been widely covered in the media this week.

“Anderson and Banner’s selection of material presents Monroe in a positive light. She is a woman fighting to control her image in a man’s world; a talented comic actress compared by directors to Garbo and Chaplin; a caring stepmother; a clever correspondent; a trustworthy friend.” 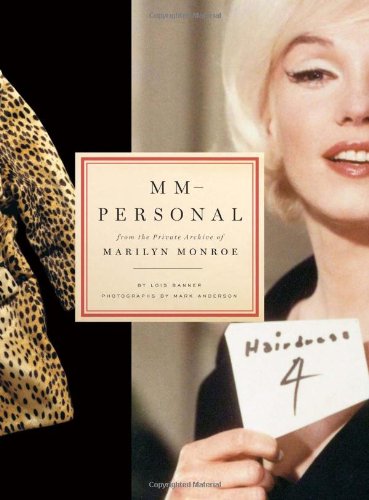 “Unlike last year’s Fragments, which consisted solely of Marilyn’s notes, poems, jottings, recipes, etc., MM Personal — while it also has letters from the star — is mainly correspondence to Monroe. From friends and professional colleagues — including harried notes and telegrams from publicists frantic to put a stop to the unhappy publicity surrounding Marilyn’s behavior on the set of “Some Like It Hot.” These strategic plans are overshadowed by Monroe’s miscarriage, which is referred to. (There is even talk of suing Time magazine.)

Among the affectionate missives is this telegram from the great Broadway and movie choreographer Jack Cole: “The universe sparkles with miracles, but none among them shines like you. Remember that when you go to sleep.” The book, a luscious glossy thing, is studded with photos, many of them Monroe’s personal items — including artwork she purchased just before her death.

There’s a great deal of minutiae that only the most devoted MM fans will appreciate –check stubs and such. But the overall vibe of the book is wrenching, because it clarifies Monroe’s humanity, her working life, her normal day-to-day existence. She didn’t lurch around every single moment in a drug-induced coma. She had a vital — if troubled —existence. She wrote to her stepchildren by Arthur Miller (in the voice of the family dog, Hugo) and she wrote to Isadore Miller, even after she had divorced his son, Arthur.”

MM – Personal: From the Private Archive of Marilyn Monroe, by Lois Banner and Mark Anderson, is published on March 1st.

This upcoming book by Dr Lois Banner is an illustrated look at ‘the Inez Melson files’, collected by Melson, Marilyn Monroe’s business manager, from filing cabinets at Monroe’s home immediately after her death in 1962.

The collection, photographed by Mark Anderson, was the subject of a Vanity Fair cover story, ‘The Things She Left Behind’, in 2008.