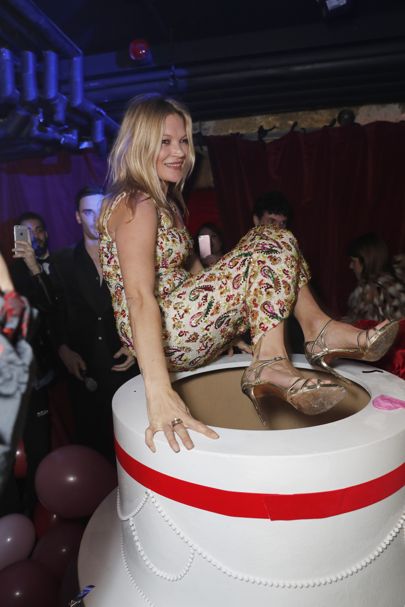 Supermodel Kate Moss jumped out of a cake and sang ‘Happy Birthday’ to photographer Mert Alas at a party in London, as Alice Newbold reports for Vogue. Kate’s sensuous rendition has been compared to Marilyn’s performance for President Kennedy, although it should be noted that Marilyn never jumped out of a cake! 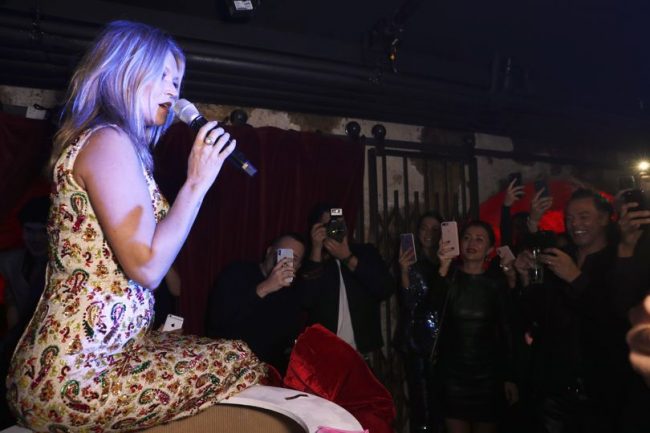 “Art, like every other aspect of modern culture, is subject to the fashion of the day. Luckily for Russell Young, the current fashion appears to be pop art. His latest solo exhibition,Superstar, is another wonderful example of a genre that seems to be moving from strength to strength.

Superstar is described as an ‘exploration into the visual nature of fame and celebrity’ and it certainly fulfils its promise …  From humble beginnings in North Yorkshire, he moved to London and then the US, where he began to fully focus on his art in the year 2000. He describes how watching a film of Marilyn Monroe in his younger years in England motivated him to seek out new adventure in his later life. It was that sense of silver screen wonder, beautifully captured in this exhibition …

Taking inspiration from the great pop artists of the 60s and 70s, Young leans heavily on the screen printing process … Young’s use of colour creates an atmosphere of 60s grandeur, with colours named Vegas and California Gold allowing us to briefly imagine those places at the time. This is not just a celebration of fame, however, but also a reminder of its lows. Marilyn Crying shows us the human side of celebrity; there’s no diamond dust here, just a girl with the world’s eyes upon her, showing us a brief moment of real emotion … We are presented with a celebration of a period arguably started by Monroe and finished by Moss and this is undoubtedly one of the finest exhibitions of its kind.”

Marilyn had a penchant for the colour white. Like Jean Harlow before her, she decorated her homes in white, and often wore white to accentuate her platinum blonde aura. Her billowing white dress from The Seven Year Itch is the most famous example, but there are many other, off-screen examples as well. 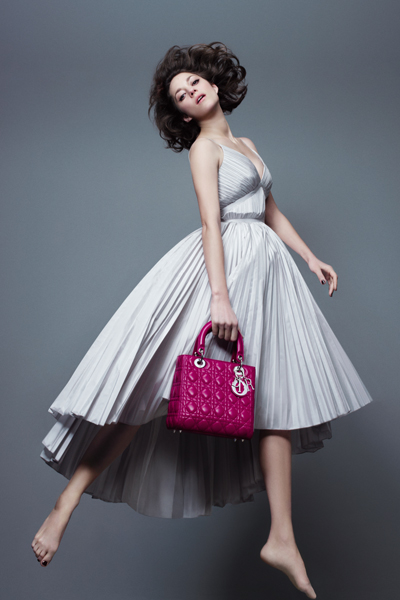 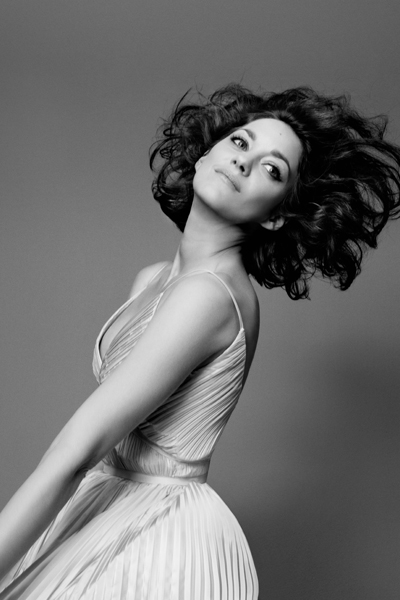 On the high street, meanwhile, supermodel Kate Moss has previewed her latest range for Top Shop in Vogue magazine. 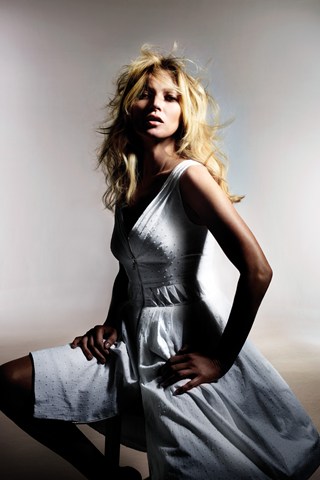 Hugh Hefner has told E! Online that the idea to recreate Marilyn’s 1949 calendar shoot with Tom Kelley – which he later acquired for the first issue of Playboy – was his idea, and not Lindsay Lohan’s. (She had already done a less explicit photo shoot, but Hefner was unsatisfied with the results.)

Personally, I’ve always felt that Hefner took too much credit for Marilyn’s success – she was already a major star when Playboy began publication in 1953. However, she had no rights to the Kelley pictures and while Hefner has profited greatly from her name, she never earned more than the fifty dollars that Kelley originally paid her.

While Lindsay Lohan has been criticised by some Monroe fans for ‘copying’ her, in this instance it was Hefner’s decision. On November 8, the New York Post reported:

‘Hugh Hefner wasn’t pleased with the initial photos of Lindsay Lohan from her shoot for Playboy. Lohan had been on-set between court dates last week with photographer Yu Tsai, hairstylist Serena Radaelli and makeup artist Francesca Tolot, but the shoot was extended into the weekend after Hef didn’t like the results. “He felt the initial shots looked too much like a Kate Moss-inspired fashion story — Lindsay’s choice — where he wanted more of a classic Hollywood Marilyn Monroe feel,” a source said. This weekend, Lohan was accompanied by lawyers, agents and publicists who, sources said, “gave their two cents about what was considered ‘nude’ and what was not.”’

‘Beauty Culture’, a new exhibition at the Annenberg Space for Photography in Los Angeles, includes a sub-section devoted to Marilyn Monroe and her many imitators.

Photographers Bert Stern, Bob Willoughby, and Joe Shere, who all worked with Marilyn, are listed among the contributors.

“Marilyn Monroe has been awarded her own subtopic — ‘The Marilyn Syndrome’ — in which images of Kate Moss, Lindsey Lohan and Anna Nicole Smith, all channeling Monroe, are displayed with several pictures of the actress. A quote from Gloria Steinem seems to sum up the mystique and status of the late movie star: ‘The woman who died too soon became the woman who would not die.'”