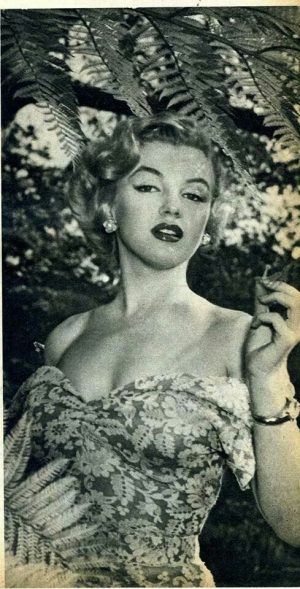 “‘It was a 1951 dinner party. I was a first-year English student at Barnard. My father was a doctor and so was the guy who hosted the party. Marilyn was very shy, so they sat her next to the least threatening person in the room – me.’

Growing bold as the night progressed, Joan Molinski (Rivers’s given name) found the courage to advise Monroe that she, too, hoped for a career in show business.

‘Honey, let me tell you a secret, Marilyn told me,’ Rivers continues, adopting Monroe’s feathery voice. ‘Men are stupid and they like big tits.'”