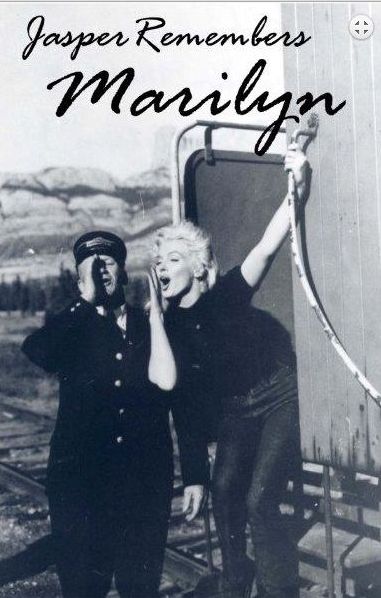 Jasper Museum in Alberta, Canada has published a 25pp booklet featuring photos and anecdotes from Marilyn’s stay in the region, while filming River of No Return in 1953. You can order it here.

River of No Return will be screened today at 5pm in Jasper Museum, in Alberta, Canada, where scenes from the movie were filmed. There will also be a Marilyn Merlot tasting – and if you buy tickets for both events, you’ll also be entered into a draw for a train ride from Jasper to Edmonton, passing the Snake Indian River. 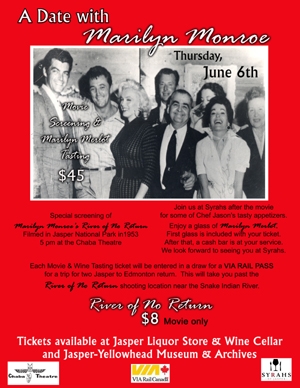 Over at Chicago Now, an article about the painter Phillip Renaud, who was working as a night clerk at the Jasper Park Lodge in Alberta, Canada in 1953, while Marilyn was filming River of No Return:

‘Phil saw Marilyn every day, although he recalled she didn’t mingle much with the rest of the cast or the crew. He was struck by her youth (late 20s), beauty, and a kind of vulnerability that made everyone want to protect her. But, unlike the other males on the set (and later Colin Clark), Phil did not fall madly in love with Marilyn. He was already captivated by a secretary to the hotel manager—an older woman of 31—whom he described as “really something”…

…But back to Marilyn. Phil recalled a night when he saw her walking forlornly to her quarters away from the main lodge. Seems she had been denied admittance to the formal dining room by a haughty maitre’d  because she was unescorted and she was wearing pants. In those days, respectable women (with the possible exception of Katherine Hepburn, who may or may not have been so respectable) did not wear slacks in public restaurants. Marilyn did not pull a “do you know who I am” act. Nor did she change into a dress and go back to the dining room. And Phil did not follow her to offer comfort or companionship. He stayed on duty, and she chose to order room service and eat alone.

If Phil were with us today, I’m sure he’d chuckle at the cinematic depiction of Clark’s lifelong obsession with Marilyn. And he would remember the time when he could easily have been in that young man’s shoes, but chose, instead, to walk away. Phil went on to art school and became one of the great painters of our time.’ 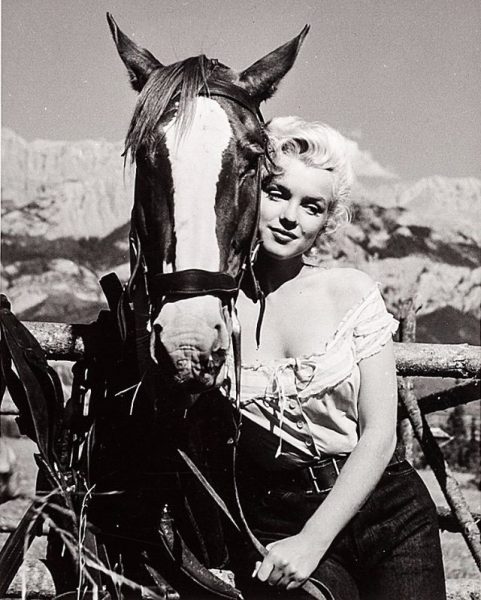 An unusual essay/short story by Diana Davidson is published in this month’s Winnipeg Review:

‘The horse is a real beauty. He has smooth cocoa hair and a cream blaze down his face. He is calm and proud and waits while people around him arrange tripods and shout instructions.

She looks at the teenager handling the horse. “Can you take his bridle off for the picture?”

The director snaps, “We can’t even trust you to remember your lines or be on time. We’re not going to let you pose free with a horse. God knows what will happen to it!”

Embarrassed, she smiles at the ground and grabs the reins to steady herself. She reminds herself she is good at this part. She knows the camera can make things flat or it can make things real. She has taught herself how to make the camera capture “Marilyn.”  She shifts her hips. She leans her exposed shoulder into the horse’s body and places her cheek against his soft neck. She takes in his warm earthy smell and gazes out at the distance. 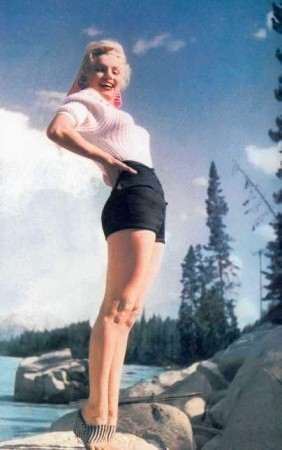