Immortal Marilyn’s Marijane Gray has fact-checked both episodes of The Secret Life of Marilyn Monroe – you can read her verdict on the first part here, and the second half here.

Over at Buzzfeed, Immortal Marilyn’s Marijane Gray looks at how Marilyn reused some of her favourite gowns and movie costumes – and how her clothing was reused by other stars. 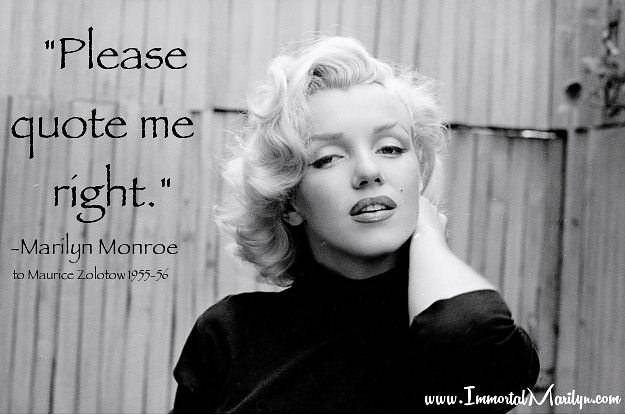 In another great Buzzfeed article, Immortal Marilyn’s Marijane Gray examines some of the sketchier rumours about MM’s private life.

This 1992 photo of supermodel Eva Herzigova is often mistaken for Marilyn. In another great Buzzfeed post, Immortal Marilyn’s Marijane Gray sets the record straight about some of the most commonly misidentified images.

The Immortal Marilyn fanclub is now on Buzzfeed, with an excellent posting by staffer Marijane Gray: ‘Top Ten Things You Didn’t Know About Marilyn Monroe‘.

Fans gathered in Los Angeles yesterday to mark the 52nd anniversary of her death, NBC reports. This year’s memorial service – hosted by Marilyn Remembered and featuring guest speakers such Kathleen Hughes (actress and widow of producer Stanley Rubin); singer and impersonator Jimmy James; dancer and choreographer George Chakiris; and Jimmie Morrissey (introduced as a former hairdresser to MM) – was streamed live and can be watched again here.