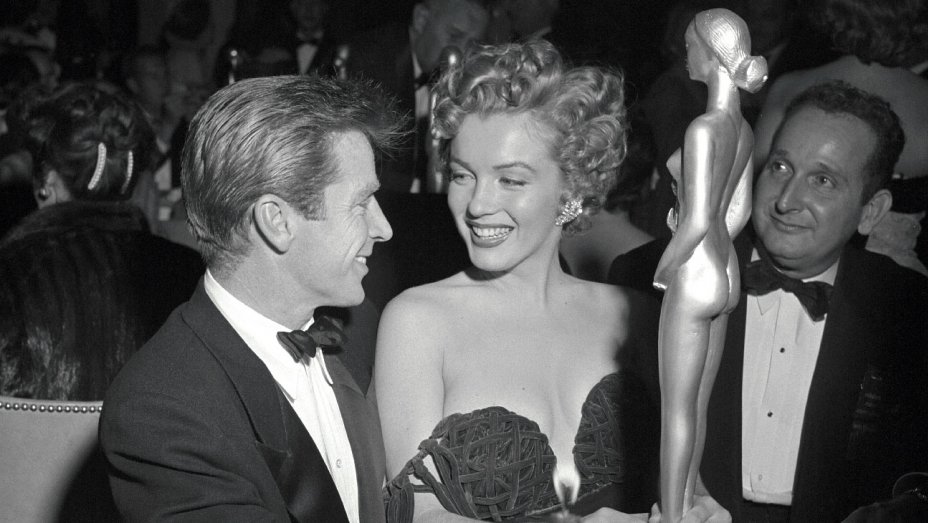 As this year’s awards season gets underway, the Hollywood Reporter looks back at the ‘Henrietta’, Marilyn’s first major acting award, which she collected on January 8, 1952.  Escorted by Fox publicist Roy Craft, Marilyn wore her notorious Oleg Cassini dress, and was the belle of the ball. The photo shown above was taken by Loomis Dean for Life magazine – and here’s a few more… 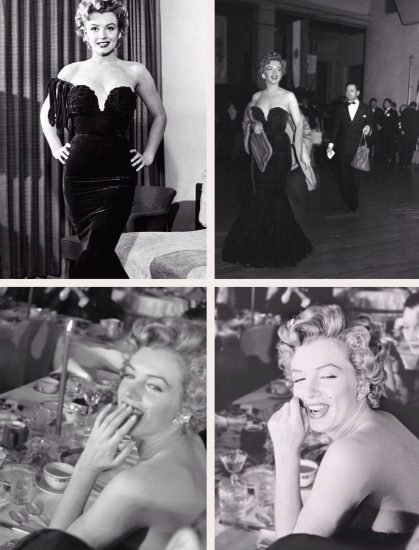 “The actress had only starred in a dozen or so minor movies when she received the award from the now-defunct Foreign Press Association of Hollywood in 1952. 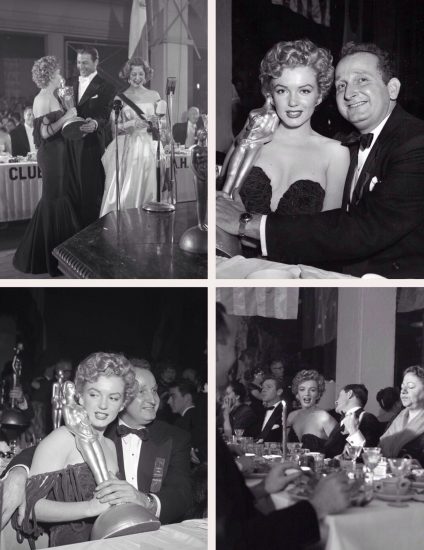 In 1950, what’s now called the Hollywood Foreign Press Association had a split-off group called the Foreign Press Association of Hollywood. (The dispute was over some of the original organization’s members not being professional journalists.) The FPAH is now mostly forgotten, save for one memorable act: It gave Marilyn Monroe her first major award in 1952 at Santa Monica’s Club Casa del Mar. (That seaside brick building is now the Hotel Casa del Mar.)

The Henrietta — named after FPAH president Henry Gris — was shaped like a tall, nude woman holding a flower. The group had the prescience to choose Monroe for its International Stardom Award, given to the ‘best young box-office personality.’ (They gave the same award that night to Tony Curtis.) Monroe, then 25, had done a dozen or so minor films, with her standout turn being a small role in John Huston’s The Asphalt Jungle.”