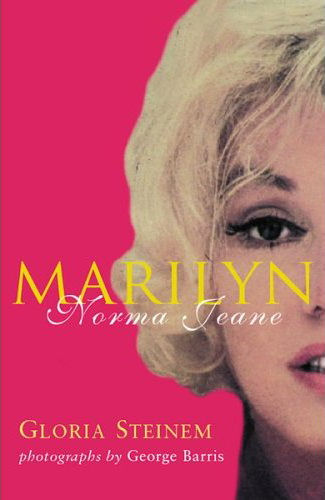 The Secret Knowledge: The Dismantling of American Culture is a new collection of essays by the dramatist David Mamet (Glengarry Glen Ross, Wag the Dog.)

The central theme of this book is Mamet’s disillusionment with the liberal left. One of his essays concerns the feminist author Gloria Steinem‘s 1986 book, Marilyn: Norma Jeane.

While I have reservations of my own about Steinem’s book – though sympathetic to Marilyn, at times she seemed to see her as a passive victim – I do think Mamet is being unduly harsh (and, dare I say, ungentlemanly.)

I was pleased to see how highly Mamet rates MM as an actress. But I also felt that his ‘defence’ of her was something of a ruse to attack Steinem and others who don’t concur with his recent swing to the political right.

While Steinem’s book is not perfect, it has led to other, more up-to-date feminist studies of Marilyn from Sarah Churchwell and Lois Banner.

Here is an extract from Mamet’s essay – you can read it in full at National Review Online:

‘Marilyn Monroe, then, though her work brought and brings delight to literally hundreds of millions of people, although she created for herself one of the most revered icons in show business, had an impossibly successful career, though she did this through persistence, talent, hard work, and guts, must be dismissed by the wiser, non-working Left, which finds her neither a serious actress nor a comedienne. She did not, sadly, fulfil the vision which Gloria Steinem had for her, because she was not an intellectual — she was an actual worker.

In a more equal world, a top-down world, a world of equality (as envisioned and enforced by the Left) Ms. Monroe might have been taken in hand (by whom?) early on, and cured of her unreal escapist self (her talent), and still be alive playing Mother Courage in some Resident Theatre somewhere.

Can this be feminism? A dismissal of the greatest comedienne in the history of the screen because her work did not meet the high standards of Gloria Steinem?Is it possible that the wise Ms. Steinem mistakes the performances of Marilyn with the person? She does conflate, and seems to connect causally, Marilyn’s screen persona with her use of sleeping pills, suggesting that she killed herself (an open point) because she was “denied the full range of possibility” and, so, was forced to disappoint Gloria Steinem.

Would Ms. Steinem be happier if Marilyn had lived to play Medea and Queen Elizabeth? Is she ignorant of the working lifespan of an actress? Did she never laugh or smile at one of Marilyn’s performances? Of course she did, but now she wants to throw it in reverse and, having derived enjoyment from her work, derive further enjoyment from her superior sad understanding of Marilyn’s essential “slavery.” Marilyn, though vastly wealthy, though widely accomplished, though revered worldwide (and to this day), was somehow a “slave to men.” Why? Because she was a woman, and acting, thus, was somehow not “an expression of her real self.”

What balderdash. Shame on you, Ms. Steinem, for promoting hypocrisy. For anyone who might be foolish enough to nod along with your sanctimony will, along with you, the next time they watch one of Marilyn’s films, laugh and smile; you, then, are promoting a dual-consciousness, an indictment of that which one enjoys, of a legitimate pleasure brought about through the work and the talent of an actual human being, who, in your sad lament, you belittle and patronize. Were or are you smarter or more talented than Marilyn Monroe? Make me laugh.

[And note, Ms. Steinem, that it is not the job of an actor to “express her real self.” (Which of us knows what his real self is?) It was her job to entertain the audience. That was her job. And she did it as well as anyone who ever acted. What entertainment has ever come from your beloved solipsism? Would you go to see such a performance — an evening of someone “expressing her true self”?]’