Michelle Morgan, author of Marilyn Monroe: Private and Undisclosed, has posted some interesting findings on her blog about Marilyn’s mother, Gladys Baker, and her friend Grace McKee’s life in Los Angeles during the 1920s.

“One of the things I loved, was when I discovered a news article about the Rayfield Apartments, where Gladys moved to with best friend Grace McKee, shortly after Marilyn’s birth.  The apartment block was situated at 237 Bimini Place and was fairly colourful – something that probably attracted the fun-loving Grace and Gladys.
I discovered a story that took place around about the very time the women lived at  the Rayfield, about a couple called Mr and Mrs Simpson, who also lived in the building.
Apparently the couple had had a big fight, and afterwards Mr Simpson took the unprecedented decision to phone the police, claiming that he had just murdered his wife.
Officers swarmed the block and began interviewing the ‘murderer’ Mr Simpson, but were shocked when Mrs Simpson – the murdered woman – walked into the apartment.  They interviewed her too and she of course denied all knowledge of ever being murdered by her husband!

Why Mr Simpson took it upon himself to phone the police and admit to killing a woman who was still alive and well is a mystery, but I always wonder – were Grace and Gladys at home when all this was taking place? Something tells me if they were, they most likely very much enjoyed the scandal going on just yards from their apartment!”

Another irony about this tale is that one of the songs from Gentlemen Prefer Blondes – later cut from the movie – was called ‘When the Wild, Wild Women Go Swimmin’ in the Bimini Bay.’

NPR takes a look at Marilyn’s will. Made in 1961, it remains controversial, and it’s rumoured that she had wanted to change it in the weeks before her death.

“Monroe grew up in an orphanage and foster homes. She had no relationship with her father, and her mother spent most of her adult life in mental institutions. In her will, the actress set up a trust to care for her mother until she died; left money to her half-sister, who Monroe didn’t even know existed until she was 12; and made bequests to a poet friend and his wife (she loved poetry, and even wrote some herself) and to others she trusted.

According to Anthony Summers, who wrote a best-selling Monroe biography, the people named in her will got to know her as a real person who loved children, animals and cooking.

‘They took Marilyn under their wings,’ he says. ‘They gave her uncomplicated privacy and companionship.’

Monroe also left a bequest to her psychoanalyst, Marianne Kris.

‘She felt that [Kris] was very helpful and sympathetic,’ says Sarah Churchwell, author of The Many Lives of Marilyn Monroe. ‘She found that [Kris] was starting to help her understand what it was that she was going through.’

After Kris died, her portion of the estate was transferred to the Anna Freud Centre in London, which is dedicated to working with children with mental health problems. Churchwell says Monroe would have approved.

‘That would have made her really happy,’ Churchwell says. ‘She did want to do good, and she wanted to feel as if she had accomplished something.’

But Monroe left the bulk of her estate to her acting coach, Lee Strasberg. He and his wife, Paula, also one of her acting coaches, were like surrogate parents to Monroe. When Strasberg died in 1982, his second wife, Anna, inherited the Monroe estate and eventually hired CMG Worldwide, a company that specializes in managing the estates of dead celebrities, to license Monroe products. That’s when the actress started making big money.

Several years and a variety of lawsuits later, Strasberg sold what remained of the Monroe estate to a new company, Authentic Brands Group, or ABG, for an estimated $20 to $30 million. Strasberg remains a minority partner in the deal.” 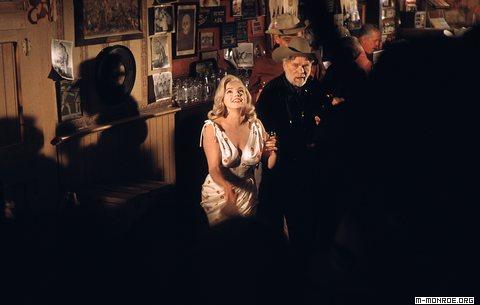 Marilyn’s last completed film, The Misfits, is screening at the 5th Avenue Theater, Portland, Oregon, on Saturday, December 3, at 7.00 and 9.30 pm, and on Sunday 4th at 3pm. Free admission to film students, all other tickets $3/$2, and popcorn is free.

Marilyn came to Portland in 1945 on a photo-shoot with Andre de Dienes. They also visited her mother Gladys, who was living there after leaving hospital. There was a snowstorm that night and the travellers stopped at a log cabin. And the rest, as they say, is history… 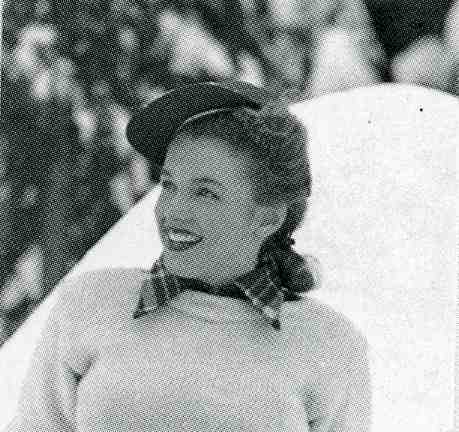 The latest extract from Maurice Zolotow’s 1960 biography covers Marilyn’s life and career in 1951 and early ’52. While her career was soaring, Marilyn endured further public scrutiny when it was revealed that she was not an orphan, and that her mother Gladys an inpatient in a psychiatric hospital. 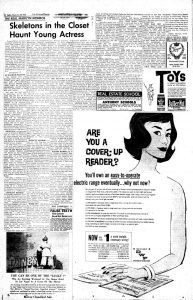