As Zales Jewellery launches a Marilyn-themed diamond range in association with her estate, she is ranked 8th on Forbes‘ list of the thirteen Top-Earning Dead Celebrities of 2019, with $13 million earned in this year alone. Michael Jackson tops the poll for the seventh consecutive year, with Elvis Presley just behind, and Whitney Houston, the only other woman, in 12th place.

“Powerful brands have a creation story, and Marilyn’s tale of a beautiful abandoned child and rags to riches contains elements of Mark Twain’s Huckleberry Finn, a Horatio Alger tale, and Joseph Campbell’s mythic orphan rolled into one.

Like the Mona Lisa’s enigmatic smile, Marilyn Monroe is a mystery of parts. She meant sex in an era when sex was a four-letter word. She was also uniquely feminine, a Woman in an age of Men. She struggled, fought, and succeeded against the desires of men who tried to bully her.

Stories are rivers of meaning. Tugging at the string of narrative that runs from creation story to creed, icons, rites, lexicon, nonbelievers, and leader, is what keeps brands meaningful, alive, relevant and a resonant legacy for future generations. It’s what moves people along the path from, ‘Who cares?’ to ‘I care!’

Ever since her mysterious, legendary, hallowed death in 1962, Marilyn Monroe the controversial mortal has been embraced, promoted, propped up and immortalized by uniquely lesser talents who have basked in her halo, and as no small consequence have rolled up millions of dollars. Of the ten richest dead celebrities (which includes Einstein, Charles Schulz, and others), Marilyn Monroe is the only woman on the list. (Ironically, Marilyn herself once quipped, ‘I don’t look at myself as a commodity, but I’m sure a lot of people have.’)” 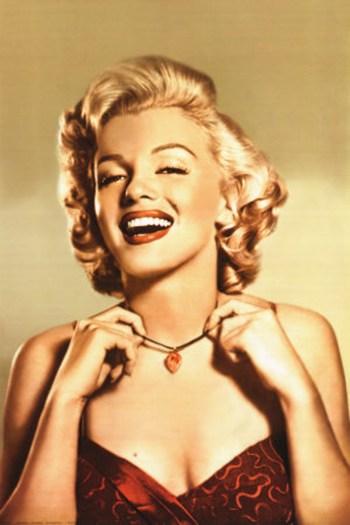