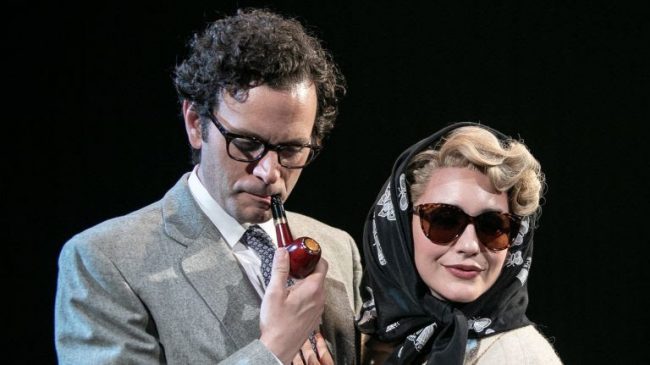 Fellow Travelers, Jack Canfora’s new play about Marilyn, Arthur and Elia Kazan, was critically acclaimed when it opened in the Hamptons this June (see here.) The producers are now hoping for a Broadway run – but as Michael Reidel reports for the New York Post, without a star attached it’s going to be an uphill journey.

“This issue is bedeviling a compelling new play that, if it could get a Broadway theater, would be a strong contender to win the Tony next year. Jack Canfora’s Fellow Travelers — about the real-life combustible triangle of Arthur Miller, Elia Kazan and Marilyn Monroe during the McCarthy era — opened in June to rave reviews at Sag Harbor’s Bay Street Theater.

Local critics called director Michael Wilson’s production ‘phenomenal,’ ‘sharp,’ ‘witty’ and ‘gripping.’ New York’s major papers, alas, didn’t review the show. Had their reviews been good, the play would have stood a much greater chance of getting to Broadway.

Somebody slipped me a copy of the play, and it’s terrific. Fellow Travelers takes a few liberties here and there with the facts, but it digs deep into the complicated friendship — and falling out — between Kazan and Miller.

And it spices things up by adding Monroe to the stew. In his biography Arthur Miller, Martin Gottfried suggests that Kazan threw Monroe in Miller’s way, knowing that she would upend the playwright’s life.

Gripping as it is, Fellow Travelers has yet to find its way onto Broadway. ‘We don’t have a star,’ a production source says. Celeb duos are being floated — Andrew Garfield and Jake Gyllenhaal and Benedict Cumberbatch and Tom Hardy among them. If they read the script, they would leap at the chance to play such juicy characters.

Until then, Fellow Travelers languishes on Broadway’s waitlist. That’s a pity.”

Fellow Travelers, Jack Canfora’s new play about Marilyn, Arthur Miller, Elia Kazan and the Hollywood Blacklist, has opened at the Bay Street Theatre in Sag Harbor, NY to glowing reviews – although Monroe fans may prefer to judge for themselves…

“While Monroe is not central to the moral issue at stake here, she is an integral part of the two men’s lives. She had a long affair and friendship with Kazan, and she fell in love with Miller even though he was married. The tabloids gorged on her short marriage to Joe DiMaggio, her surprising liaison with Miller, his ‘quickie’ divorce, and finally, their five-year marriage.

Today Monroe is an iconic touchstone of the era. We know her all-too-human story, her emotional wounds, her breathy voice, her luscious body. Ms. Hewitt in a blonde wig does a boffo job of portraying that Marilyn with warm earthiness, touching grace and surprising self-awareness.

Though some might cavil that her part is underwritten, she was not faced with the moral question of betrayal for art. Nor is she the Greek chorus here, for she does not comment on the action but rather lives in it. Her relationships with Kazan and Miller demonstrate how acts of great consequence do not occur singularly alone …

Indeed, Marilyn is necessary here, for she is the force who brought the former friends together in 1963, though they would never be great pals again.” – Lorraine Dusky, 27East

“Playing icon Marilyn Monroe in a movie or play is always a tall order, but Rachel Spencer Hewitt measured up to the task and took her performance to a high level. The sexy aspects that made Marilyn Monroe along with some shockingly blunt dialogue again kept the audience captured in the story.

Fellow Travelers is an important play because it deals with a dark time in our nation’s history. A time with congressional hearings on ‘Un-American Activities’, and blacklists and betrayals to friends, and in some cases, to the country. Fellow Travelers is a hit because it is a great script that comes to life with excellent acting and wonderful directing.” – T.J. Clemente, Hamptons Theater Review

“As Monroe, Rachel Spencer Hewitt holds back on the bombshell we know so well, instead showing us a troubled woman coming to terms with her public perception … While dialogue drags at times, the play offers illuminating glimpses of the creative genius of Miller and Kazan.” – Barbara Schuler, Newsday

“The cast is exemplary … Hewitt is a strong presence as Monroe, and later as Barbara Loden, Kazan’s second wife, who then portrays the Marilyn character, Maggie, in Miller’s After The Fall, directed by Kazan.” – Bridget LeRoy, Hampton Independent 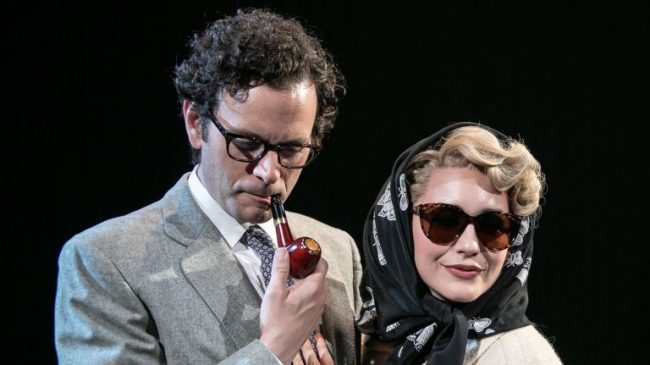 “With the play’s punchy, often vulgar dialogue, Mr. Canfora wrings genuine conflict and emotion from his two talented and driven characters … But in a production with so many excellent performances, it is no small compliment to say that Rachel Spencer Hewitt, as Marilyn, makes the play her own. So iconic is Monroe — and so caricatured in popular culture — that there may be no more treacherous role for an actress to play. Just on sheer guts, one must tip his hat to Ms. Hewitt for trying.

But the actress does much more than that, with a portrayal that captures both the iconic Marilyn and the tender and innocent woman she most likely hid from the world. In Fellow Travelers, we get a Marilyn on the cusp, both world-weary and yet still hopeful about her career and the possibility of love. After her divorce from Miller, she would never be quite the same.

While the play hardly absolves Kazan, there is at least the desire to understand him. And just when Miller’s saintly posturing grows tiresome, Mr. Canfora has both Kazan and Harry Cohn take pithy potshots at the playwright’s sanctimony.

But it’s Marilyn Monroe who, even in death at play’s end, gets the last word. Just as her image bedeviled millions of filmgoers (and continues to do so), so did she loom in the minds of Miller and Kazan; neither ever really got over her. Thanks to a great performance by Ms. Hewitt and the tender writing of Mr. Canfora, she ultimately dominates Fellow Travelers as well.” – Kurt Wenzel, East Hampton Star 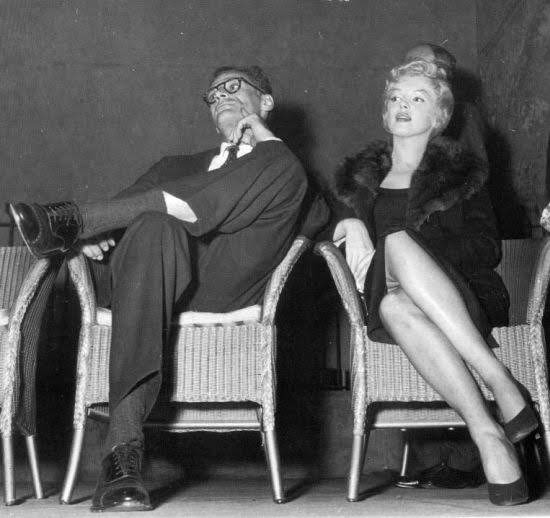 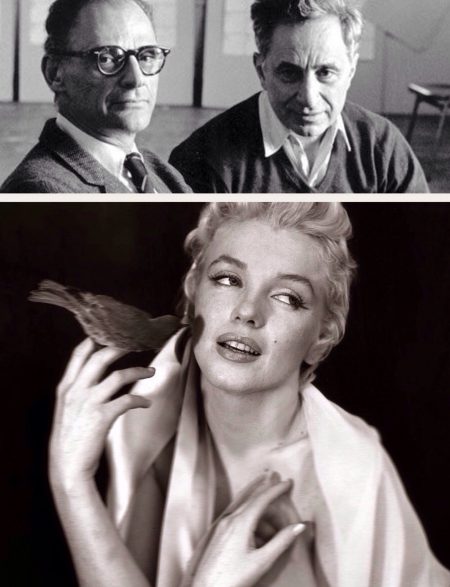 Fellow Travelers, a new play by Jack Canfora about the tangled lives of Marilyn, Arthur Miller and Elia Kazan, will open the summer season at the Bay Street Theatre in Sag Harbor, New York, in May 2018, Playbill reports.