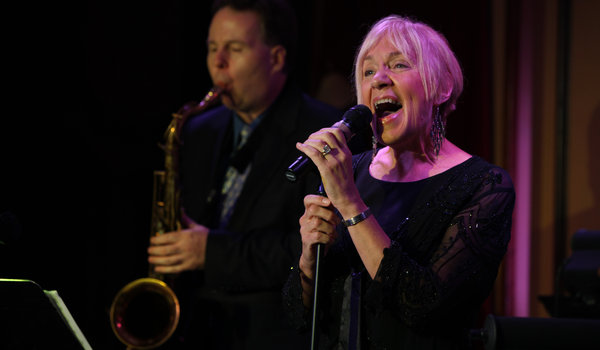 Some Like it Hot – The Music of Marilyn Monroe, as performed by Rebecca Kilgore at Feinstein’s, NYC, tonight and tomorrow, is reviewed here by the New York Times:

‘A pop-jazz singer whose fluent voice conjures sunlight glinting on running water, Ms. Kilgore infuses everything she performs with a sense of lighthearted enjoyment. Her phrasing, like Monroe’s, is naturally curvaceous, although underlined with a stronger current of swing. Instead of striking the pose of a singing pin-up, she conveys the frisky, fun-loving sensibility of a good sport. Delivering ballads like “I’m Through With Love” and “Incurably Romantic,” she refrained from moping.’

I’ll light a candle in the sky wherever I might be
For those who have to walk alone and fear the dark like me
For all those lonely women, their names I’ll never know
I’ll glitter in the dark for them, said Marilyn Monroe” 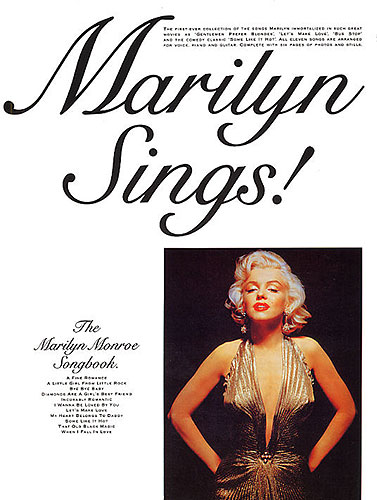 Ahead of her performance at Feinstein’s in New York, jazz vocalist Rebecca Kilgore talks to Simply Showbiz about the challenges of singing standards made famous by Marilyn Monroe:

“I love [MM’s] languid, understated approach. Because, myself, I don’t have a big, belting kind of voice—so that softness has an appeal to me.”

Over at the New York Times is a re-evaluation of Marilyn’s singing career, including an interview with her pianist and arranger, Hal Schaefer:

“If you hear the record now, there’s no baloney about it. She’s a real singer with a big band in a studio, not some movie star they’re trying to pass off as a singer.” 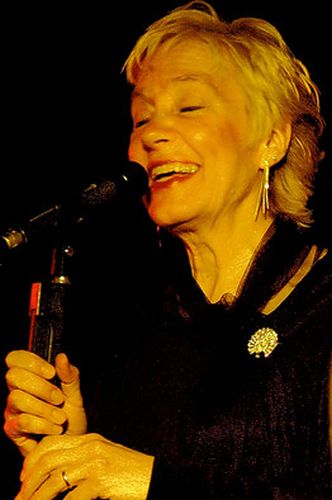 Jazz singer Rebecca Kilgore comes to Feinstein’s at Loews Regency, NYC, with a new show, Some Like It Hot – The Music of Marilyn Monroe, from August 9-13.

‘FEINSTEIN’S AT LOEWS REGENCY, the nightclub proclaimed “Best of New York” by New York Magazine and “an invaluable New York institution” by The New York Post will continue its Summer 2011 season with the return of jazz vocalist REBECCA KILGORE in her new show “Some Like It Hot – The Music of Marilyn Monroe.” She will be joined by The Harry Allen Quartet which features Allen on the tenor saxophone, Rossano Sportiello on piano, Joel Forbes on bass, and Chuck Riggs on drums. They perform selections from Monroe’s famed Hollywood films including “Diamonds Are A Girl’s Best Friend,” “Let’s Make Love,” and “Runnin’ Wild.” “Some Like It Hot – The Music of Marilyn Monroe” runs at the Loews Regency Hotel (540 Park Avenue at 61st Street) from August 9 – 13.’

“Tales about Arlen were only small peeks into the window of one of the great American Songbook masters of musical richness. Arlen was a natty dresser and at a party while dancing with Marilyn Monroe, he said ‘I think people are staring at us.’  She countered with ‘perhaps they recognize you…'”

One of Arlen’s most popular compositions, ‘Over the Rainbow’, as sung by Judy Garland, was played at Marilyn’s funeral in 1962.