From the team behind Goodnight Marilyn comes a new podcast series. Based on Gary Vitacco Robles’ two-volume biography, the first season ofMarilyn: Behind the Icon is now available online, with Erin Gavin playing Marilyn.

“Marilyn: Behind the Icon is a multi-season podcast series blending a uniquely scripted episodic story with commentary on the remarkable life of Marilyn Monroe. It’s up-close, raw and real; telling her story through extensively researched historical events, including Marilyn Monroe’s own perspective in her own words. We explore her inner journey and human side as no other podcast, film or TV show has ever done before. The series portrays her personal struggles with childhood trauma, mental illness, and addiction in addition to her amazing resiliency in achieving her dreams as one of the greatest actresses and icons in motion picture history.”

Marilyn & Sinatra, an hour-long play with songs, is playing through this weekend at London’s Jermyn Street Theatre.  Here’s a selection of reviews…

“On the face of it, Marilyn is a gift: the sex symbol, the pills and drink, the suicide, the famous husbands and lovers … But it’s too much of a gift.  Writers and directors seem to feel that all they have to do it to put the life, or part of it, on the stage, and they have a hit show on their hands.” – Traffic Light Theatregoer

“There appear to be a number of versions of the story of their relationship, though this play prefers to avoid being unnecessarily sensationalist. It is quite likely, given how private conversations are acted out on stage, that there was a modicum of artistic licence going on – the play never claims to be a verbatim account of who said what and when.” – London Theatre 1 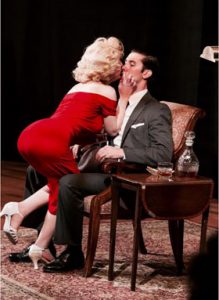 “In his prologue to the audience, the writer and  director, Sandro Monetti, explains that the premise of the show was inspired by Monroe’s final moments spent listening to various Sinatra albums. The overall performance also benefits from its desire to connect with the audience, with the actors interacting with them while they sing hits made famous by both stars.” – The Upcoming

“A palpable lack of insightful direction remains a recurring problem with this show, as each character tends to stand (or sit) around on the side-lines while the other narrates dialogue that is both awkward and awkwardly delivered … Erin Gavin bears a passable resemblance to the star and does vulnerability well, even if her voice has an occasional sharp edge to it that Marilyn’s carefully nuanced delivery never did.” – Theatreworld IM2 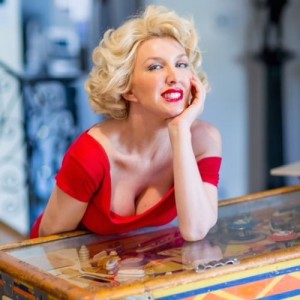 “We are presented with two narrations, starting from the first falterings of Monroe’s marriage to Joe DiMaggio. In her spoken role, Erin Gavin captures the breathy, seductive tones that Monroe used on screen, although there is more devotion to the accent than to its volume, rendering some lines inaudible even within the tiny confines of the Jermyn Street Theatre. There are the signs of vulnerability there, despite Monetti’s clunkingly obvious script, and although her attempts to sing the actress’s trademark songs ‘I Wanna Be Loved By You’ and ‘Diamonds Are a Girl’s Best Friend’ are beset with timing issues, one does wish that Gavin (a co-producer of this show) had better material with which to develop her impersonation.” – Reviews Hub 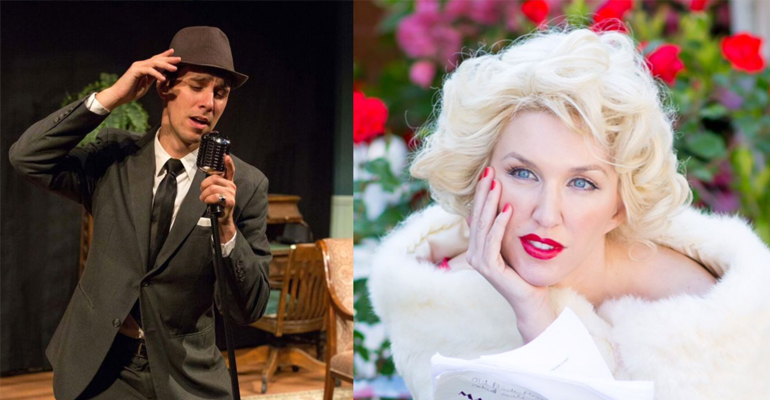 “It’s quite a moving  show … Not really a musical, this little piece is firmly a play with songs. And little is the operative word. It really is very short. Perhaps it would be better staged in a double bill with another short item.” – Musical Theatre Review

“Marilyn Monroe’s story has been told on stage hundreds of times in dozens of different ways but her character is always compelling.  The play only just scratches the surface, never really delving deeply into what made Marilyn and Sinatra tick. It falls short of being truly emotional but is entertaining …” – Bargain Theatreland