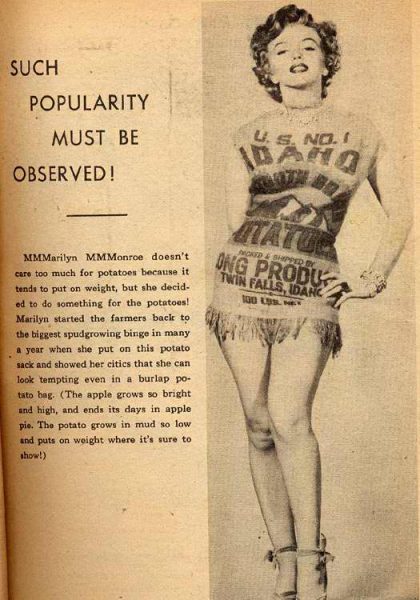 “There are two theories as to why Marilyn Monroe originally wore a sack of potatoes in her 1951 photoshoot.

One is that Twentieth Century Fox capitalised on a female journalist suggesting the actress would look better in a sack of potatoes than a particular vulgar red dress.

The other is that someone simply made an off-the-cuff comment about her being so attractive she could make even a sack of potatoes look good, Twentieth Century Fox then taking the stills to prove him right.”

David Wills’ 2011 book, Marilyn Monroe: Metamorphosis, is one of the best photo retrospectives on the market – so it’s no surprise to report that his latest publication, Hollywood in Kodachrome, is also of fine quality. Focussing on 1940s photography, Wills devotes ten pages to Richard C. Miller, Bruno Bernard, Tom Kelley and Earl Thiesen’s glorious colour shots of a young Marilyn in her starlet years.

Scans by Chris at Club Passion Marilyn – click on thumbnails to see them at full size.

A series of rare, previously unpublished photos of Marilyn – taken by Earl Theisen between 1947 and 1953 – have been posted on Vanity Fair‘s Italian website today. 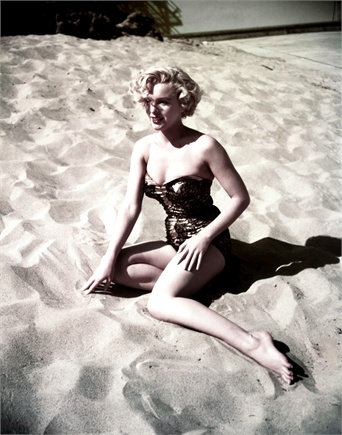 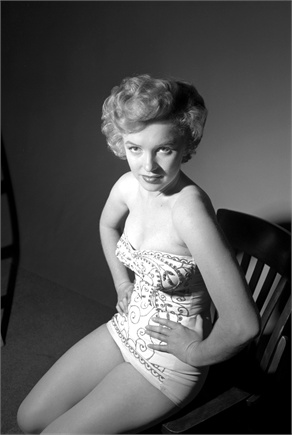