In my previous post (see here), I revealed how Blondie singer Debbie Harry was influenced by Marilyn, as described in her new memoir, Face It. Now I’m looking at some other parallels in their careers. In 1975, Debbie posed on the New York subway for her bandmate and boyfriend Chris Stein, echoing Marilyn’s photo shoot with Ed Feingersh twenty years earlier (shown above.)

In 1977, Marilyn’s photographer friend Sam Shaw filmed Blondie playing live at the Whisky A Go Go in Los Angeles for a short documentary about the band, released a year later (more info here.) “It was an odd sort of thing, about Blondie but also about my fantasy of being Marilyn Monroe’s daughter,” Debbie recalls. This was also mentioned in a New York Times profile in 1979. (At the time, Debbie said Marilyn was adopted. This was technically incorrect, but she did spend most of her childhood in the care of family and friends.)

“In the summer of 1978, she was asked by the photographer and film maker Sam Shaw to provide biographical information for a one‐hour documentary film on Blondie. Interviewed by the screenwriter/novelist Ted Allan, Debbie mentioned liking a play, Fame, loosely based on the life of Marilyn Monroe. The conversation continued:

ALLAN: Do you have an affinity for Marilyn Monroe?

HARRY: Tremendous. I always thought she was my mother.

ALLAN: Did you ever seriously think that you’d go and meet her and say, ‘You might be my mother.’

HARRY: No! God! Well, you know, there’s that kind of admiration, I guess. They say that most adopted children now, in their adult life, look for their real parents … I sort of have my wild imaginings. Like she [Monroe] had wild imaginings about Clark Gable being her father … See, my mother did keep me for three months, and I have memories, a visual memory of when I was 3 months old when I was adopted.

Such fantasies percolated through Debbie’s adolescence. She says that she felt ‘different,’ worried about being crazy. As late as last year, Debbie reminded a reporter that ‘Marilyn was also an adopted child.'”

There is also a curious story about this photo, taken by Chris Stein at his and Debbie’s New York home in the 1970s. Debbie explains that Maria Duval, their downstairs neighbour and an aspiring actress, had bought this gown at auction and gave it to Debbie, believing it had been worn by Marilyn in The Seven Year Itch. I don’t recognise it as a costume from that movie, but nonetheless, perhaps it was connected to Marilyn in some way. While Debbie and Chris were on tour, there was a fire in their apartment, which leads us to this story…

“When we finally did get back, it was hugely upsetting. The place was strewn with debris from the fire. And because people were able to walk into our apartment and take things, they did … Fortunately, Chris had his guitar and camera with him. So he set up a photo session in the burned-out kitchen. The walls were caked in soot and the range was covered in ash. I put on Marilyn’s dress, which had been badly singed in the fire, and our latest close call (which wasn’t really close at all) became a work of art.”

UPDATE: Fraser Penney has suggested the dress could have been worn by Marilyn during her 1956 photo shoot with Cecil Beaton. The mystery deepens!

Of all the performers influenced by Marilyn’s style, few have paid homage with as much panache as Blondie singer Debbie Harry – albeit with a punk rock edge all her own. In the first of two extracts from her new memoir, Face It, Debbie looks back to her childhood days with her adoptive New Jersey family, when Marilyn was her idol. (UPDATE: you can read my second post here.)

“By the time I was fourteen, I was dyeing my hair. I wanted to be platinum blond. On our old black-and-white television and at the theater where they screened Technicolor movies, there was something about platinum hair that was so luminescent and exciting. In my time, Marilyn Monroe was the biggest platinum blonde on the silver screen. She was so charismatic and the aura she cast was enormous. I identified with her strongly in ways I couldn’t articulate. As I grew up, the more I stood out physically in my family, the more people that I felt I related to in some physical way. With Marilyn, I sensed a vulnerability and a particular kind of femaleness that I felt we shared. Marilyn struck me as someone who needed so much love. That was long before I discovered that Marilyn had been a foster child.”

Later on, Debbie describes how she incorporated her fascination with Marilyn’s image into her own stage performances with Blondie.

“Iggy Pop apparently described me once as ‘Barbarella on speed’ … Our band shared its name with a cartoon character, after all. And I was playing at being a cartoon fantasy onstage. But the mother of that character was really Marilyn Monroe. From the first time I set eyes on Marilyn, I thought she was just wonderful. On the silver screen, her lovely skin and platinum hair were luminescent and fantastic. I loved the fantasy of it. In the fifties, when I grew up, Marilyn was an enormous star, but there was such a double standard. The fact that she was such a hot number meant that many middle-class women looked down on her as a slut. And since the publicity machine behind her sold her as a sex idol, she wasn’t valued as a comedic actor or given credit for her talent. I never felt that way about her, obviously. I felt that Marilyn was also playing a character, the proverbial dumb blonde with the little-girl voice and the big-girl body, and that there was a lot of smarts behind that act. My character in Blondie was partly a visual homage to Marilyn, and partly a statement about the good old double standard.

The ‘Blondie’ character I created was sort of androgynous. More and more lately, I’ve been thinking that I was probably portraying some sort of transsexual creature … A lot of my drag queen friends have said to me, ‘Oh, you were definitely a drag queen.’ They didn’t have problems seeing it. It was the same thing with Marilyn really. She was a woman playing a man’s idea of a woman … My Blondie character was an inflatable doll but with a dark, provocative, aggressive side. I was playing it up but I was very serious.”

In the current issue of UK music magazine Mojo, cover star Debbie Harry – adopted as a baby in 1945, and a pop icon since she emerged in the late ’70s as Blondie’s frontwoman – explains why she daydreamed as a young girl that her mother was Marilyn Monroe, describing her fantasy as a “philosophical thing…I probably used the wrong language in the past. I saw her as the mother of invention or something like that. She had a profound effect on a lot of people.”

Deborah has spoken many times about Marilyn, whose image inspired her greatly. Unfortunately, this has been taken rather literally by some fans, with a string of conspiracy theories about Debbie being Marilyn’s biological daughter.

During the 1980s, she recalled of her childhood, “One afternoon while we sat in the kitchen drinking coffee my Aunt Helen said I looked like a movie star, which thrilled me and fueled another secret fantasy about Marilyn Monroe possibly being my natural mother. I always thought I was Marilyn Monroe’s kid. I felt physically related and akin to her long before I knew she had been adopted herself.

“Of course my continual participation in this maternal fantasy has changed drastically as I’ve grown up and discovered that quite a few adopted girls have the same notion.

“But why Marilyn and not Lana Turner, Carole Lombard, Jayne Mansfield? Maybe it was Marilyn’s need for immense doses of demonstrative love that is the common denominator between us. Although that doesn’t fit me because I got loads of love…” (Source) 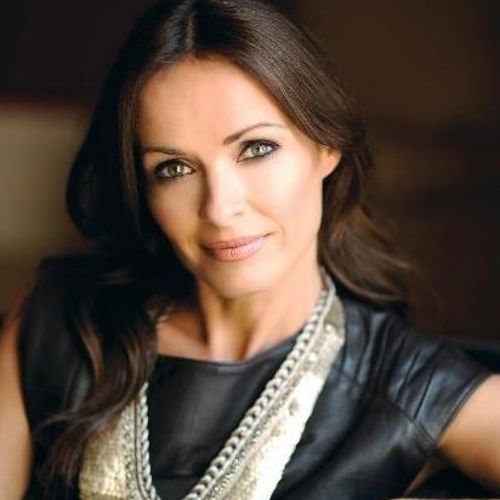 Marilyn is already something of a fixture on many people’s fantasy dinner guest lists. Talking to The Scotsman, singer Sharon Corr adds a new twist:

“I’d invite Marilyn Monroe and Arthur Miller, just to see how they really got on; Yeshua Ben Josef, to ask him if he was actually Cat Stevens; Oscar Wilde, to capture the moment for all of us; and Debbie Harry, for a little punk flair. We’d eat a lot.”

Deborah Harry, lead singer of Blondie, was once described as ‘the punk Monroe’. In the latest issue of the UK’s Q magazine, the 65 year-old star admits to having had a girlhood crush on MM:

During the 1980s, Debbie – who was adopted as a baby – admitted that she used to daydream that Marilyn was her natural mother:

“One afternoon while we sat in the kitchen drinking coffee my Aunt Helen said I looked like a movie star, which thrilled me and fueled another secret fantasy about Marilyn Monroe possibly being my natural mother. I always thought I was Marilyn Monroe’s kid. I felt physically related and akin to her long before I knew she had been adopted herself. Of course my continual participation in this maternal fantasy has changed drastically as I’ve grown up and discovered that quite a few adopted girls have the same notion. But why Marilyn and not Lana Turner, Carole Lombard, Jayne Mansfield? Maybe it was Marilyn’s need for immense doses of demonstrative love that is the common denominator between us. Although that doesn’t fit me because I got loads of love…”

From ‘Making Tracks – The Rise of Blondie’