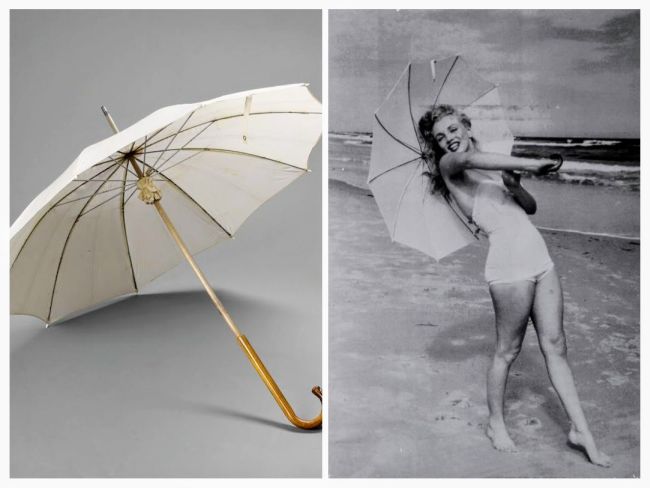 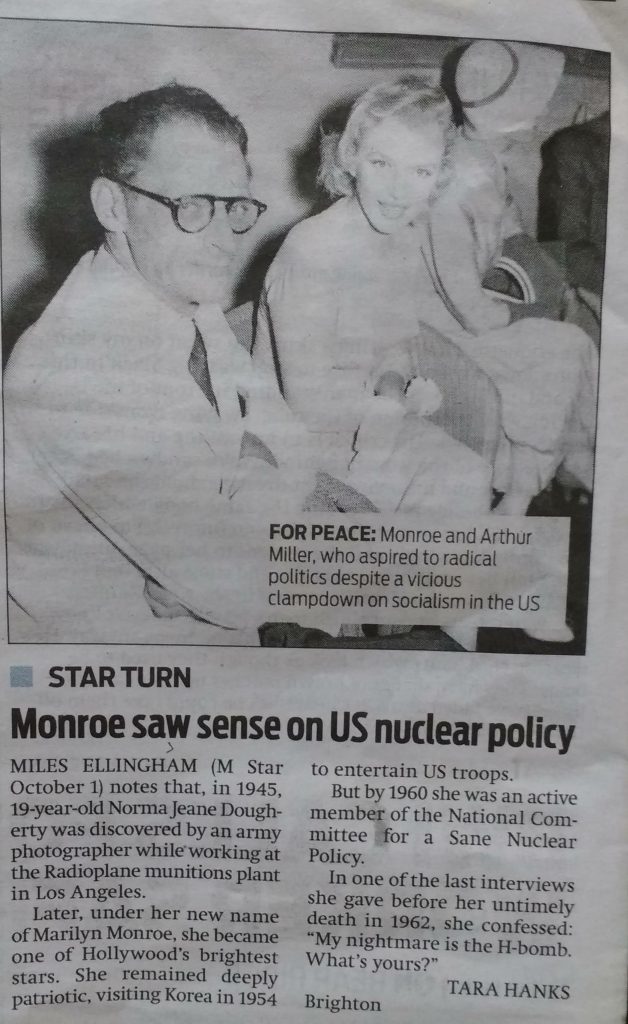 Many people – mostly men – have credited themselves with ‘discovering’ Marilyn. Among them, photographer David Conover – who found the teenage Norma Jeane working at the Radioplane munitions plant in 1945, and guided her through the first steps of her modelling career – is one of a select few who can rightfully claim to have played an essential role in her path to fame, as Carl Rollyson (author of Marilyn Monroe: A Life of the Actress) commented yesterday.

“I’ve always thought that Conover was the key figure in the transformation of Norma Jeane into Marilyn. I think he was the first professional photographer, professional anything, to tell her she had a future as a model and actress. I think he unlocked something in her that had been waiting to be released. I know from my own experience that it takes only one person to say with authority that you are something special. No matter what happens afterwards, no matter how hard it gets, that one person has liberated a spirit that cannot be suppressed.”

Over at Paleofuture, Matt Novak takes another look at David Conover’s 1944 photo of 18 year-old Norma Jeane Dougherty working at the Radioplane munitions plant – the picture that launched her modelling career – and asks, what was she making?

“Though her main job at the factory was spraying down the planes with fire retardant, here she’s seen assembling the OQ-2 radioplane, (sometimes called the RP-5A, TDD-l or the “Dennymite” for its designer Reginald Denny), which was the first mass produced unmanned aerial vehicle in the world. Drones have been in the news so much recently that we often think of them as a new concept in war.”

No discussion of American women’s role in World War II would be complete without mentioning the ‘discovery’ of 19 year-old Norma Jeane Dougherty in 1945, while working at the RadioPlane munitions plant, by army photographer David Conover.

Over at the Newport Independent, former welder Ruth White discusses being a working woman in wartime…

‘White notes that the pictures of the young women seen from those days were accurate as they were portrayed to the public.

“We wore our hair in bandanas, wore high top shoes with steel toes and coveralls.  Our leather coveralls and jacket, hood and gloves was in six lockers at the yard,” she said.

“You’ve seen pictures of women, some famous – some not, dressed in those coveralls and bandanas and that is how we went to work every day.”

Among those famous pictures which have been distributed for years was a young Norma Jeane Mortensen Baker, who parlayed her “15 minutes of fame” as a patriotic riveter into that of a Hollywood starlet.

“You probably know her as Marilyn Monroe,” White quipped, “those pictures helped  get her noticed.”‘ 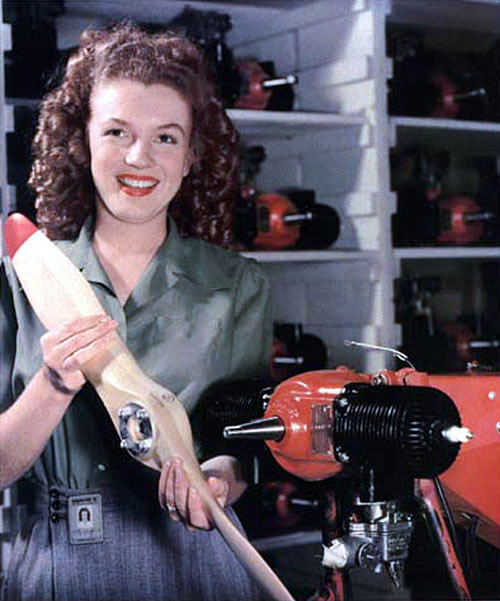 The discovery of 19 year-old Norma Jeane Dougherty, then working at the Radioplane Munitions Plant in Los Angeles, by photographer David Conover, features in a new exhibition, ‘Blue Sky Metropolis: The Aerospace Century in Southern California’, now on display at the Huntington Library, reports L.A. Weekly. 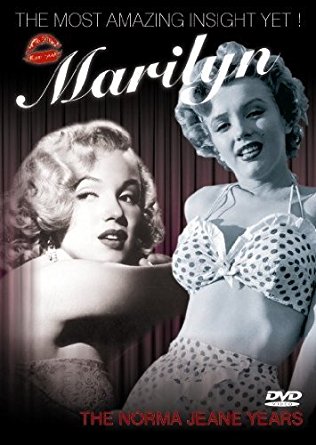 This DVD was released in 2010, but it is actually a reissue of a 1991 documentary, The Discovery of Marilyn Monroe. As the titles suggest, this 50-minute film focusses on Marilyn’s early career, including Norma Jeane’s ‘discovery’ by photographer David Conover while she was working at the Radio Plane munitions plant in Los Angeles in 1945, while her first husband, Jim Dougherty, was serving in the Navy during World War II.

This meeting, which inspired the 19 year-old Norma Jeane to pursue a modelling career, is reconstructed by actors. This early period is also touched upon in interviews with her foster sister, Eleanor ‘Bebe’ Goddard. Sketches that she and Norma Jeane made in their teens, including their own fashion designs, are shown here.

Dougherty, who became a policeman after divorcing Norma Jeane in 1946, is also interviewed. He is filmed arriving in Los Angeles, and driving a Ford Dodge car similar to the one he owned during their four-year marriage. He is reunited with two more famous names from his past, Jane Russell (whom he once dated while at high school, and later met at a dance with Norma Jeane) and Robert Mitchum (with whom Dougherty worked with at Lockheed, another munitions plant, soon after his wedding to Norma Jeane.)

Of these interviewees, it is Russell who seems the most realistic and empathetic with Monroe, with whom she would co-star in 1953’s Gentlemen Prefer Blondes. Of all the main interviewees, Russell is now the only one still living. Mitchum (who once visited the Dougherty home) was paired with Marilyn later the same year, in River of No Return.

Their memories of Norma Jeane/Marilyn suggest a sweet, shy young woman who was undone by her own vulnerability. It is interesting to observe the dynamic between the three old friends, as Dougherty had not seen either Mitchum or Russell for almost fifty years. Dougherty seemed upset that Mitchum had not replied to his letters.

Robert Slatzer, the Hollywood journalist who claimed to have secretly married Marilyn in 1952, also appears briefly. In recent years his claims have been much disputed by biographers like Donald Spoto. But Bebe Goddard calls him a friend in her footage, though they would not have known Marilyn at the same time. It’s more likely that Slatzer befriended Goddard after Monroe’s death.

Overall this is a slight but pleasant enough documentary, and the footage of Goddard and Russell is worth seeing. I was a little disappointed to realise that this is not a new documentary, and might not have bought it had I known. However this was not a film I have seen before so despite being rather misled, it was still quite an enjoyable experience. 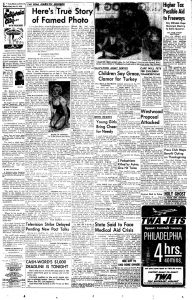 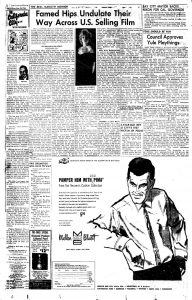 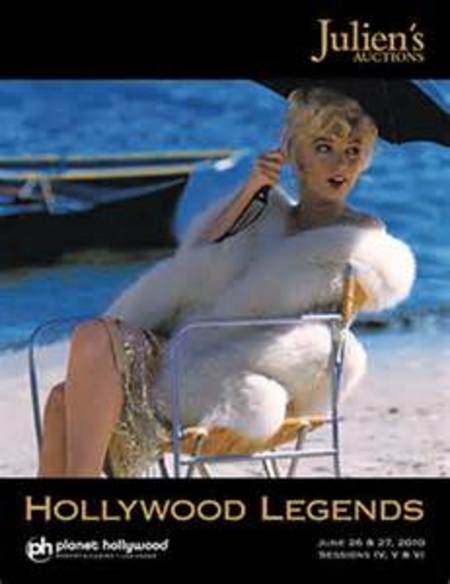