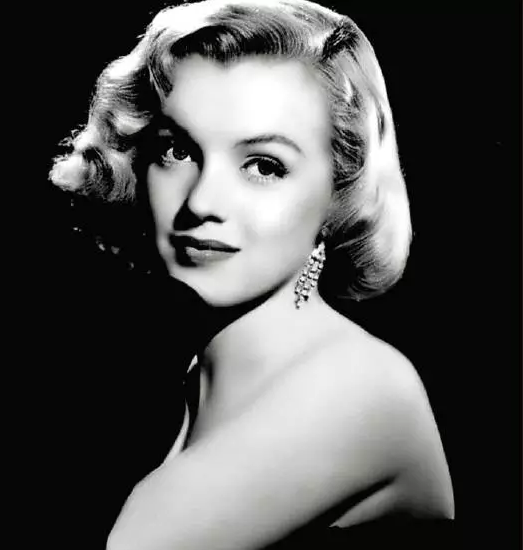 Gabriella Apicella has written a great article about Marilyn, celebrating her lesser-known performances as part of a ‘Great Actresses’ series at Bitch Flicks.

“Unfortunately, Marilyn Monroe was seldom cast in a truly excellent role… Rather it is her presence that lifts otherwise mediocre fare into essential viewing.  Her leading men were frequently unable to match her charisma onscreen…Despite this, even from her earliest roles in The Asphalt Jungle and All About Eve, she delivers nuanced and sensitive performances of rather bland parts, making a forgettable supporting role into a highlight of both iconic films.”

‘More Than Meets the Eye: The Life and Films of Marilyn Monroe‘ is a new retrospective, screening at the Austin Film Society in Texas throughout June, beginning with the 1994 documentary, The Mortal Goddess, on the 4th – followed by a double bill of her early efforts, Ladies of the Chorus and Clash by Night, on the 5th. 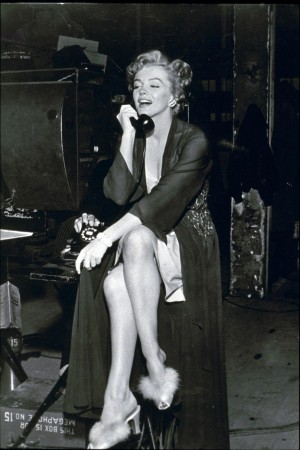 The AFI Silver Theatre in Silver Springs, Washington, is hosting an MM retrospective through to September. Screenings include The Seven Year Itch, Some Like it Hot, Don’t Bother to Knock, Niagara, Monkey Business, Gentlemen Prefer Blondes, The Prince and the Showgirl, How to Marry a Millionaire, Bus Stop, All About Eve, Clash by Night, The Asphalt Jungle, and The Misfits.

Over at the Chicago Reader, J.R. Jones takes another look at Clash by Night, the 1952 movie directed by Fritz Lang which gave Marilyn one of her breakthrough roles, as feisty cannery worker Peggy.

“Marilyn Monroe was terrified of Fritz Lang. ‘The actress vomited before almost every scene,’ writes Lang biographer Patrick McGilligan about the shooting of Clash by Night, ‘and grew so apprehensive about her dialogue that she broke out in red blotches. It didn’t help her standing with the director that Monroe was habitually late, or that she insisted on her personal dialogue coach Natasha Lytess being present on the set at all times. Or that newspaper columnists squired to the soundstage by RKO publicists ignored the veteran player, Barbara Stanwyck—not to mention the veteran director—demanding instead to interview, in Lang’s words, the girl with the big tits.”

The Zurich Filmpodium in Switzerland is screening a series of Marilyn’s movies from July 1 – August 19, including early gems like Clash By Night and Don’t Bother to Knock as well as the familiar favourites.

Nicholas Ray: The Glorious Failure of an American Director, a new  biography by Patrick McGilligan, features insights into the on-off relationship between Marilyn and the eccentric Ray, who helmed such classics as In a Lonely Place and Rebel Without a Cause.

This extract reveals how the romance began in 1951. The photo above shows Marilyn and Nick at a preview of John Huston’s The African Queen.

“Atop the list of glamour girls romantically linked to the director was Marilyn Monroe. One of Hollywood’s rising stars, just starting to get good parts, Monroe shared a flat with Shelley Winters, who blew hot and cold on Ray over the years. Winters and Monroe passed Ray back and forth in the early 50s, but Winters later reflected that the very things about Ray that daunted her – his age and intelligence – were the traits that turned Monroe on.

While Ray was working on ‘The Lusty Men’, Monroe was filming ‘Clash by Night’, the Fritz Lang film of Clifford Odets’s play that Jerry Walf was producing for RKO. Ray had known Monroe for a while by then, escorting her to Gene Kelly and Betsy Blair’s parties more than once. He had a real crush on Monroe and often talked about working with the actress on a film one day, but Monroe always kept a few steps ahead of him. Whether Ray and Monroe were in Wald’s office or out on a date, the director ‘monopolised’ her, as one columnist put it, fluttering around the sexy blonde as if she were a personal trophy. Monroe sincerely liked Ray, but her interest in him ebbed and flowed, not always coinciding with his interest in her.

Richard Baer, Wald’s young assistant, was also pining for Monroe and kept trying to finagle a date with the actress. Monroe loathed watching dailies but insisted that Baer phone her nightly to report on her scenes in ‘Clash by Night’ – how she performed, how her hair and costume looked. Baer kept hinting that it would be easier if he could just come to her place in person. ‘Over the phone is just fine,’ Monroe always replied sweetly.

Finally, Baer coaxed Monroe into a lunch date at Lucey’s. They were just getting settled when Ray swept in, wearing some kind of cape, and headed straight for their table. The director plunked himself down in their booth, fawning over Monroe, stroking her arms and patting her thighs. Balefully eyeing Baer, Ray kissed Monroe good-bye on the cheek before making a grand exit. The actress waited until Ray was out of sight, then gave Baer a look and murmured dolefully, ‘I never knew a man with such terrible teeth.'”

The Bowery Boys blog takes a look at Monroe movies with a Broadway connection – including All About Eve, Gentlemen Prefer Blondes, The Seven Year Itch and Bus Stop. Her most succesful film, Some Like it Hot, was later adapted for Broadway.

I would add to that list Clash by Night (based on a play by Clifford Odets), and The Prince and the Showgirl (based on a London theatrical hit by Terence Rattigan.)

Because Marilyn played a showgirl so often, you could also count There’s No Business Like Show Business and Let’s Make Love. And her last film, The Misfits, was the first screenplay by playwright husband Arthur Miller.

If you’re going to Nashville anytime soon, don’t miss this Monroe retrospective at The Belcourt Theatre. Don’t Bother to Knock screens today, with Clash by Night, River of No Return, The Prince and the Showgirl, Some Like it Hot and The Misfits to follow over the coming weekends.

Peter Bogdanovich’s essay in Marilyn in his 2004 collection, Who the Hell’s in it?, features extracts from interviews with some of her directors, including Fritz Lang, Howard Hawks and George Cukor.

First up, Fritz Lang remembers the nude calendar story which broke during filming of Clash by Night:

“I didn’t mind – what a woman does with herself is nobody’s business – but the thing was, with her shyness, she was scared as hell to come to the studio – she was always late. I don’t know why she couldn’t remember her lines, but I can very well understand all the directors who worked with her getting angry, because she was certainly responsible for slowing down the work. But she was very responsive.”

However, Lang was irritated by the constant interference of Marilyn’s acting coach, Natasha Lytess:

“One very bad thing: she asked me if I would mind if her female coach was there during shooting in the studio. I said, ‘No, under one condition – that you don’t let her coach you.’ Because when an actress has learned her lines and thinks she has caught the feeling of the part, got under the skin of the character, it’s very hard to change it.”