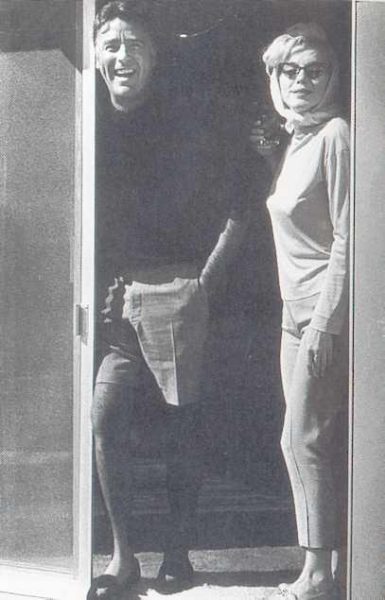 The English-born actor, Peter Lawford, was one of the last people to speak to Marilyn on the night she died. A new radio documentary, Brother-in-Lawford, about his glamorous life and tragic decline, airs tomorrow at 10pm on BBC Radio 2 – narrated by Buddy Greco, with input from Lawford’s son, Christopher, reports the Daily Express.

‘“Marilyn taught me to dance the twist but it didn’t feel amazing at six years of age – only when I told people later,” says Christopher.

Indeed his father introduced Marilyn Monroe to JFK and brought her to Kennedy’s 45th birthday party to sing her infamous rendition of happy Birthday.’