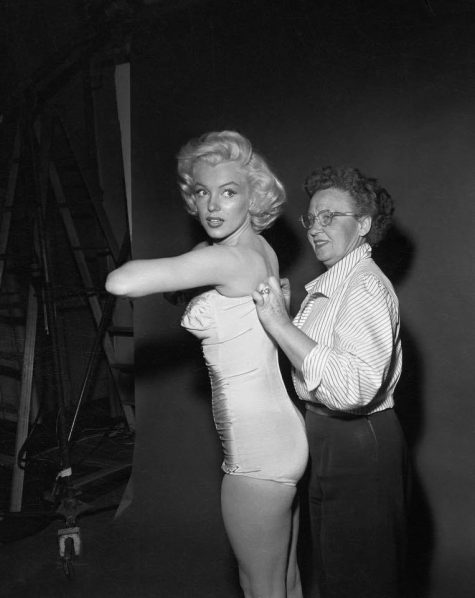 “The full impact of this setting becomes apparent as Marilyn the screen star stands triumphant amid flashing sparklers. Even that spangle on the hem of her swim suit seems to add to the effect.”