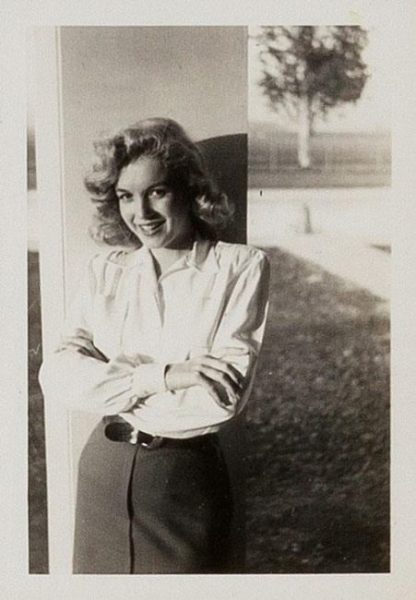 Rare photographs showing a young Marilyn, taken from the private collection of Hollywood security guard Aviv Wardimon, will be on offer at the Entertainment Signatures sale at Heritage Auctions, ending on April 15, reports the Daily Mail. (Eagle-eyed fans will notice that the image shown above is very similar to the cover photo of Michelle Morgan’s MM: Private and Undisclosed, given by Marilyn to Bill Pursel.) 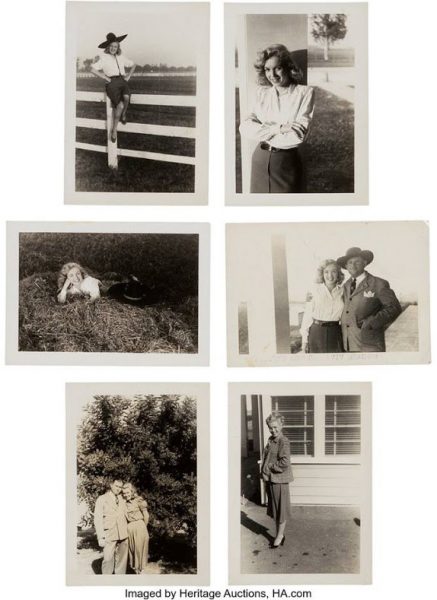 “The images show Marilyn posing alongside guard Aviv Wardimon and are believed to have been taken outside the 20th Century Fox studio some time in the late 1940s. Wardimon’s family discovered the images recently and said they had no idea their relative was friends with Monroe, who is shown embracing him in several shots. Wardimon, who later changed his last name to Blackman, emigrated to the US from Israel before working for a time as a security guard. His images are now expected to fetch $1,000 (£700) each at auction.

Margaret Barrett, Director of Entertainment Memorabilia, said: ‘We have a few lots of never before seen snapshots taken when she is between 21-22 years old. We dated it by her haircut, it is still long, down to her shoulders and a light brown that turns light strawberry blondish in certain lights.’

‘These have never been seen before, she’s standing outside on the back of 20th Century Fox, she’s with a man. It was a mystery to the man’s own family, they know he worked as a security guard at one of the studio lots and had come over from Israel with his wife and children.’

‘Marilyn is with him for most of the shots, they obviously had some sort of a friendship. She’s in three different outfits so it could be from three different days, she must have known him beyond being a passing acquaintance.’

‘There are three lots, I have a feeling he had a massive crush on her, saw her on the lot and had these early shots of her. When the family found them, they said, Oh my gosh, it’s Marilyn Monroe.’

Rare black and white signed photographs where Marilyn Monroe thanks her co-workers in similar notes – ‘It’s a pleasure to work with you’ – are estimated at $7,000 (£5,000) and $4,000 (£2,800.) Publicity shots including an unseen postcard where Marilyn and another female were hired as pin-ups for the 1947 National Postmasters Convention in Los Angeles. 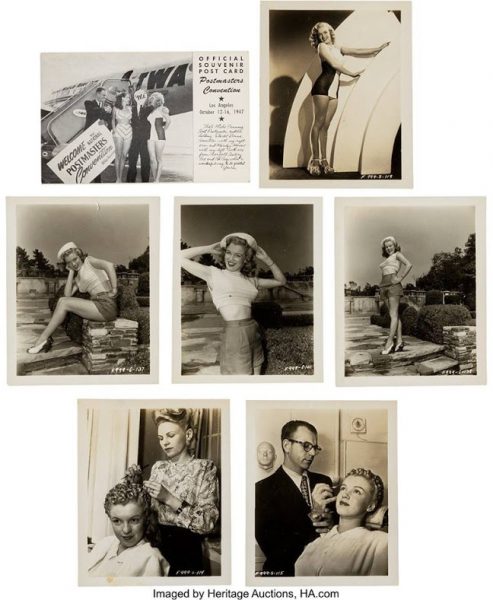 A signed menu from Marilyn Monroe and Joe DiMaggio’s honeymoon in Hawaii in 1954 is estimated to go for $2,000 (£1,400). In her note, she penned ‘The food was wonderful’ before writing her name ‘Marilyn Monroe DiMaggio’. Although her marriage to the New York Yankee’s star nicknamed Joltin’ Joe would end within a year, the menu preserves a precious moment of the couple’s life.

Margaret said: ‘This is when she flew from LA to Hawaii, she was only there for a night and went to a Trader Vic’s restaurant, which was very 50s. She signed the menu with something cute, then Joe signed the next page and Joe’s friend who went on the honeymoon with them. Marilyn was obviously signing it for the waiter or owner, if it was just a fan she wouldn’t have commented on the food.’

Never before seen photographs from Marilyn Monroe’s visit to Korea, shortly after her honeymoon with soldiers and close-ups of her in a spaghetti-strapped dress on stage, are estimated at $2,000 (£1,400).” 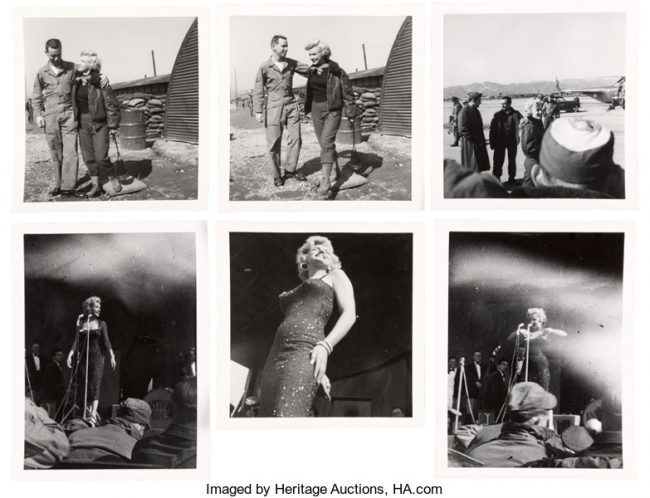