When perusing Marilyn’s personal correspondence and keepsakes, what always impresses me is that for all her self-doubt, there were so many people in her life whom she cherished, and they adored her in return. And this is evident in the lots going under the hammer in Property From The Life and Career of Marilyn Monroe at Julien’s Auctions on November 1. (You can read all my posts on the sale here.)

“A watercolour painting rendered on construction paper by Marilyn herself depicting an abstract image of a cat in shades of black and gray, further inscribed by Monroe on the lower right side ‘a cat watching its own tail move’; included with a photocopied letter dated ‘March 5th, 1999’ reading in part ‘(this) painting / was found among Lotte Goslar’s personal files…Lotte and Marilyn were close / friends’ — Goslar being a German choreographer who worked in Hollywood and who had occasion to meet and work with Monroe.”

“A Paula Strasberg gifted and inscribed copy of Great Stars of the American Stage, with inscription reading ‘For Marilyn/With my love and admiration/ Paula S/ May 29-1956.’ Interestingly, this was the date of Marilyn Monroe’s completion of filming for Bus Stop.”

“A handwritten note from John Moore, one of Marilyn Monroe’s favorite designers [sent shortly after Marilyn’s hospitalisation for an ectopic pregnancy.] The August 12, 1957, note reads, ‘Dearest Marilyn, I knew you were ill in Europe and meant to send a cable – but – since I am a SLOB, I didn’t!!! I’m so happy you are well and I do hope your life will be filled with my Joy.’ Best love, John.”

The “A two-page telegram to Marilyn Monroe from Tony Award winning actor Sydney Chaplin [her friend since the late 1940s.] The July 11, 1958, telegram reads, ‘It sure was nice to hear your voice again/ In my book you are still the same wonderful person you always were/ Things have been slow in pictures for me/ I am sure a few words to Billy Wilder from you will help me get on the picture as one of George Raft’s mob men/ Please Marilyn do this for me as you know I will deliver as far as my talent is concerned/ If I get an interview with Mr. Wilder I’m sure he will use me as a personal favor to you/ Many will try to return by sixteenth/ Will cable again tonight definitely/ Love Sydney.'”

“A one-page typed letter on Twentieth Century-Fox Film Corporation letterhead to Marilyn Monroe from studio executive Ben Lyon. The April 15, 1960, letter reads, ‘Dear Marilyn, It was very sweet of you to send Jack Daniels over to me. I met him sometime back. He is a smooth character. Somehow he hit me on the back of my head about midnight and I was a sight for sore eyeballs for a couple of days. This time I am going to watch him. The offer from you and Whitey [Snyder] is the best I have had in a h— of a while. Being here is a privilege they tell me. Sometimes I wonder.’ The letter is signed ‘Sincerely, Ben.’ Monroe has acknowledged that Lyon was responsible for helping her select the name ‘Marilyn Monroe’ and for giving her her first break.”

“A three-page handwritten letter to Marilyn Monroe from poet and friend Norman Rosten, written while Rosten was in court for jury duty. The May 2, 1960, letter reads in part, ‘This is just to tell you my reaction to the house in the country. Everything looks wonderful – the work on the inside of the house but especially the outside, I meant the new trees. They are not out in full leaf yet but will be soon, and then they will be stunning. I love the single tree in the back, it’s placed exactly right.’ Rosten goes on to say that Arthur [Miller] was a good host, and ‘he did everything except bake a cake’ and ‘I assume he does that for you.’ Included is a separate piece of paper with a previously affixed newspaper clipping of the story of a man hitting ‘the only tree within 1,000 miles.’ Handwritten by Rosten on the paper is this: ‘So you think you have had tree troubles in Roxbury!’ Included is the original envelope addressed to Monroe at the Beverly Hills Hotel in California.”

“A telegram from Rupert Allan to Marilyn Monroe, dated February 10, 1961. The telegram reads, ‘I don’t want to be a sockeyed salmon/ Please get me out of this too dam [sic] cold Trukee [sic] River soon/ I’m with you always and I want to get on those meadows again with you/ Much much love Glitter Bitter/Rupert.'” [On the day of this telegram, Marilyn had just been released from the Payne Whitney Clinic, and was admitted to Columbia Presbyterian Medical Center for a 3-week stay.]

“A one-page typed letter to Marilyn Monroe from Frederick Vanderbilt Field, dated July 31, 1962, in which Field thanks Monroe for allowing him and his wife Nieves to stay in Monroe’s New York apartment. The letter reads in part, ‘It is quite impossible to thank you enough for your wonderful hospitality to us during our recent visit to New York. The apartment was the key to the success of the whole expedition. It is an extraordinarily attractive place, which is not altogether surprising considering who owns it. But beyond that your instructions to Hedda [Rosten] and Hattie [Stephenson] went far beyond the call of hospitality.’ The letter closes, ‘Nieves asks me to send you her love and to remind you that we both hope you will soon come down for another visit. She also wants you to know that we hope you are winning your battles in Hollywood. We kind of figure that being who and what you are you will come out on top.’ The letter is signed ‘Fred’ in his own hand. Monroe visited the Fields in February that same year during her travel to Mexico. The couple served as tour guides as Monroe shopped for furnishings for her new home in Brentwood, California. Frederick Field was widely believed to be a member of the communist party, and the FBI monitored Monroe during her trip. Sadly, Monroe would pass away just days after this letter was written.”

Marilyn makes the cover of the latest Les Inrockuptibles magazine, with an article inside about a new, myth-busting book, Monroerama. 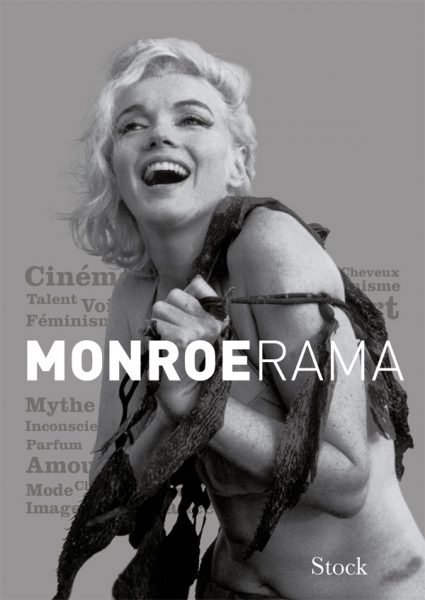 Girl Waiting, a 64pp paperback featuring drawings by Marilyn and photos by Joshua Logan, has just been published with the permission of Monroe’s estate (no word on an English version as yet.) 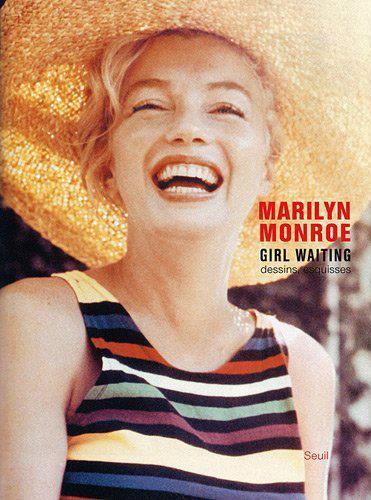 And finally (for now), a special edition ‘Star Book’ magazine dedicated to Marilyn has also been released.