This 11×14 numbered print is one of five portraits of Marilyn by Milton Greene, currently available from the Archive Images store for $50 each with free shipping in the US, as part of a new series to be updated weekly.

Meanwhile, this original studio photo promoting How to Marry a Millionaire, with a personal inscription from Marilyn herself, will go under the hammer on June 24, in an online auction hosted by University Archives. It reads: “To Jerry, It’s a pleasure to know you – Marilyn Monroe.” The listing informs us that Jerry Gotham worked with her in There’s No Business Like Show Business (1954.)

Other Monroe-related lots include a stash of vintage gossip magazines owned by beat writer Jack Kerouac, with a 1957 issue of Hush Hush featuring an article about MM; and an invitation to John F. Kennedy’s 45th birthday gala at Madison Square Garden, where in one of her final and most memorable public appearances, Marilyn performed ‘Happy Birthday Mr President.’ 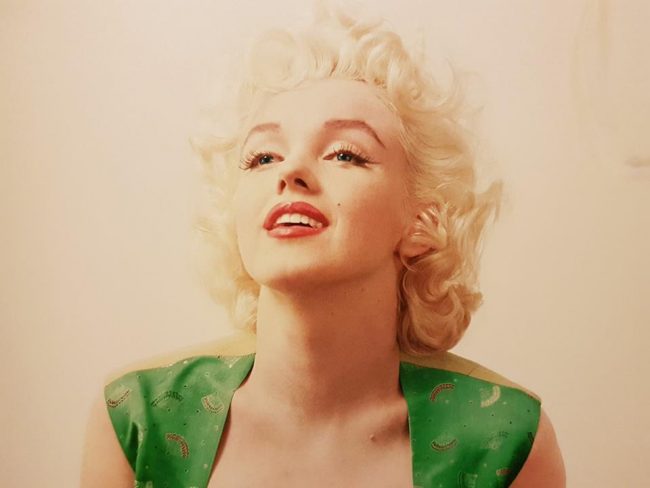 Following the publication of The Essential Marilyn Monroe, Joshua Greene talks to the Siuslaw News about what the future might hold for the Archives. It’s a very interesting take on ‘the business of Marilyn’ and the challenges facing preservationists in the digital age, from licensing issues to copyright and the growing problem of ‘fake art.’

“‘Future generations won’t care about pictures of Marilyn Monroe or Frank Sinatra,’ Greene said. ‘That kind of thing is probably going to fade away.’

In the old studio system, stars like Monroe were under long-term contracts. The image of the stars was just as much a commodity to the system as the films they were in. Therefore, the studios were extraordinarily careful as to how the stars were portrayed to the public.

Compared to the Golden Age of Hollywood, stars themselves have been marginalized … For the most part, modern audiences choose films for what they are about, not who is in them. While stars like Jennifer Lawrence do have professional studio shoots, they are dwarfed by the extraordinary volume of paparazzi photographs that fill the internet. 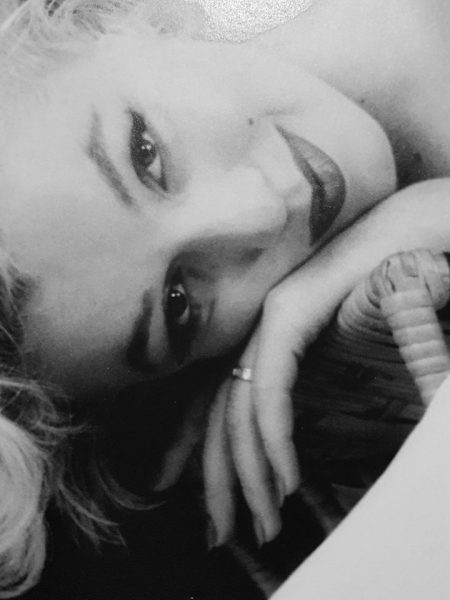 Online digital images represent one of the biggest battlegrounds for The Archives. While it frequently put its photographs online for promotion and educational purposes, unauthorized uploads can become a huge drain on its resources, both through loss of sales and hunting down images.

That’s not to say that The Archives is against all uses of Milton’s images. ‘We’re very close with the Marilyn fan base,’ Greene said. ‘That’s been very important to us. All those fan sites that people have, use our pictures with our graces.’ All they ask is that those websites give credit to Milton and The Archives, and people are generally more than happy to do it.

Another problem is artists stealing Milton’s work and incorporating it into their own art, what Greene calls ‘derivative work’ … Greene said the business has both gotten harder and changed since he created The Archives. ‘Even with the release of brand new pictures in our book, I had to surrender to getting publicity versus getting the money. The exposure became more important than that money,’ Greene said. 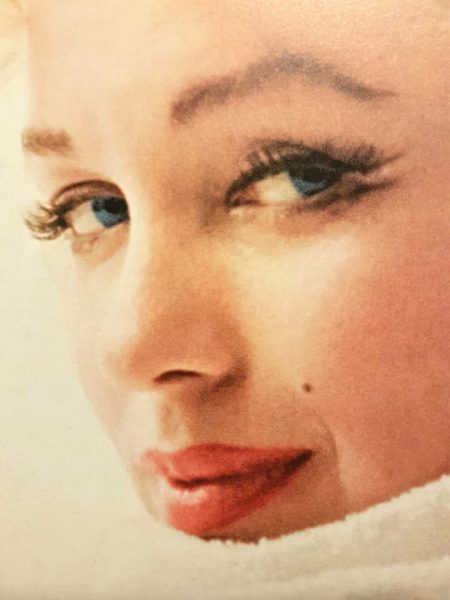 Unfortunately, high art photographs are becoming the purview of the rich … That tough business has led Greene and The Archives to reevaluate what their true purpose is. ‘The dance is getting tired for me,’ Greene said. ‘I want to consolidate Marilyn. I’m trying to sell her off for enough money that I won’t have to worry.’

The goal is to package the Monroe photographs, along with other merchandising rights Greene holds for her, and sell them to one bidder, like Getty Images.”