With many of us now in quarantine due to the spread of coronavirus, I probably won’t be reporting on many events here for a while. However, we at least have the chance to watch movies at home, and with her great comedic gifts, Marilyn can brighten our days in these difficult times. On the Vulture website today, Angelica Jade Bastien recommends Some Like It Hot and if you don’t have a copy at home, it’s widely available on streaming sites like Netflix and Amazon. (Angelica has often championed Marilyn in her articles, which you can read here.)

“But to be completely honest, I return to this film for the wounded performance of Marilyn Monroe. You probably formed an idea of Monroe long before you ever saw her onscreen. Perhaps you caught sight of her flattened image — red lipped and yearning — plastered on a mug, Andy Warhol–style. Maybe you learned through osmosis to regard her as a tragedy. Monroe is a cinematic atom bomb mushrooming with significance. In death she’s become for many artists and writers an emblem of 1950s sexuality, a feminist icon, a victim, a muse. Personally, I’d rather focus on what she did onscreen, where she’s decadently hilarious, brimming with fully realized emotion. At first blush, Sugar could be discarded as just another example of the dumb-blonde archetype. Hell, she calls herself dumb. But I think she’s too self-aware for that. Monroe balances the needs of the character beautifully. Watch as her face melts like ice cream when she notes how she always “gets the fuzzy end of the lollipop.” Watch how she leans over Joe late in the film, her body a canvas upon which the film displays its notions of sex and desire. This is a movie about desire above all else, and the hilarious ways we strive for it.”

‘Can you be a film buff in a streaming world?’ Andrew Clarke asks, in his arts column for the East Anglian Daily Times. (Clarke has written before of his admiration for Marilyn, in a 2017 article for the Ipswich Star.) Most of her major movies – and several documentaries – are available on Amazon Prime, but subscription services tend to favour contemporary films. All About Eve is the only Marilyn film currently available on Netflix, while the more specialist Filmstruck has The Prince and the Showgirl.

“The early 2000s proved to be a golden age for the film buff getting new prints of classic films by such stars as Marilyn Monroe (The Seven Year Itch and Some Like It Hot) … Streaming makes access to films easier but the companies have to make sure that those historic titles are both preserved and made available for our children and grandchilden to enjoy. Great films never go out of fashion.” 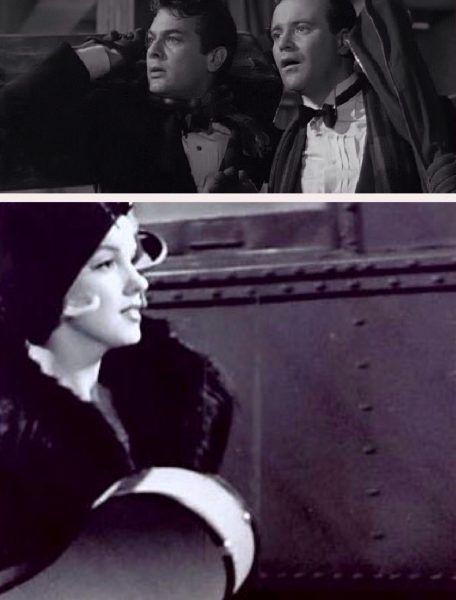