“In mid-October, Farrar Straus & Giroux will bring out a book called Fragments – purported to be a work of Marilyn Monroe’s writings, poems, notes, letters from her personal archive. Isabel Keating did the audio voice of Marilyn for the Macmillan Audio version of this sure-to-be-hot book.

She did the recording of the material on the anniversary of Marilyn’s death and says: ‘During the sessions, a small group of us realized the fact and a collective shiver was felt and a tear was shed … Whatever anyone thinks about the book itself, even the jottings of this famous woman evoke her spirit, her mind. They show her as a woman searching and hoping to amplify her experience. She wanted to improve herself and was reaching and searching. I found the work so smart – and so fragile.'”

Isabel Keating is an acclaimed stage actress, having played Judy Garland (Marilyn Monroe’s friend and one of her favourite singers) in the much-praised 2003 Broadway production, The Boy From Oz.

“Fall 2010 is the 50th anniversary of the filming of The Misfits in Reno, Dayton and the Pyramid Lake area. The star-studded film, written by Arthur Miller and directed by John Huston, was the last movie appearance for both Marilyn Monroe and Clark Gable, and also featured Montgomery Clift, Thelma Ritter and Eli Wallach.

However, other ‘stars’ in the movie were four-legged creatures – wild horses, rodeo horses and trained movie horses played prominent roles in the film. To pay homage to these horses, along with horses in general, which have played such an important role in Nevada’s history, the ‘Honoring the Horse’ exhibit will be featured in the University of Nevada, Reno’s Mathewson-IGT Knowledge Center beginning Sept. 15.

The ‘Honoring the Horse’ exhibit will run through March 2011, and in February, the Knowledge Center will host a discussion and showing of ‘The Misfits’, celebrating the 50th anniversary of the film’s release.

Over 300 photographs and artworks in this touring exhibition, coming to the Warhol Museum, opening for 24 hours from 10 am, October 23, and continuing until January 2, 2011. A Monroe film series begins on November 12. 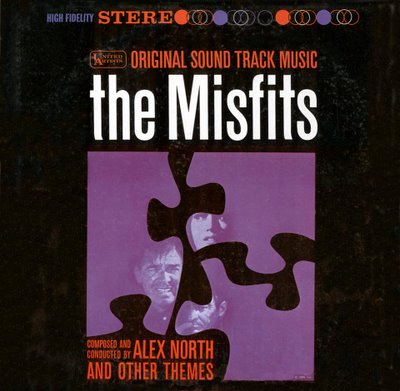 “You know what? I want to look as good as the pictures I see in magazines, but it’s not going to happen. This is how it has always been, and this is how it will always be. We are all smart enough human beings to know that the images we see in magazines or on album covers aren’t real. The fact is that we don’t want to see imperfections, we don’t want to see reality. If I watch a Marilyn Monroe movie I want to see her looking stunning, and in those days it was probably worse than it is now because they actually retouched the negatives so that no bad pictures could ever be seen. I grew up admiring those idealised images, and those women were Barbie dolls compared to what we are looking at today…’

Debbie Reynolds, star of classic movies including Singing in the Rain (1952), is to put her collection of Hollywood memorabilia, worth about $5 million, on auction, after failing to find a buyer.

On his Marilyn Monroe Collection Blog today, Scott Fortner asks, ‘Will the Seven Year Itch subway scene dress come up for auction? If so, will it outsell the “Happy Birthday Mr. President” dress, which sold for $1.3 million in 1999?’

“Aunt Eunice and Dr. Greenson eventually became friends, and as time went by, he became very impressed by her stable character. For this reason, when the need later arose, Dr. Greenson, and some of his colleagues, hired her as a ‘support worker’ for some of their high-profile clients. She became the stable ‘friend’ that most of them did not have.”

William Inge’s Bus Stop, filmed in 1956 with MM, will be performed at The Huntington, Boston University Theatre, mainstage, from September 17 – October 17, with Nicole Rodenburg as Cherie.

Aspiring actress Kara Kilmer channels Marilyn Monroe on If I Can Dream, an online, interactive reality show from the makers of American Idol.