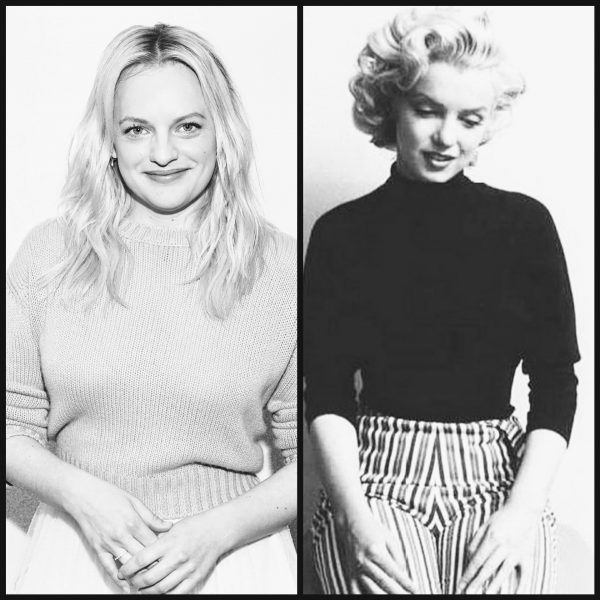 In an interview with GQ magazine ,actress Elisabeth Moss has explained how Marilyn influenced her in playing a tortured rock star in the movie Her Smell, which has just been released in the US. She also studied other self-destructive artists who battled with drug and alcohol problems and mental illness, including Amy Winehouse and Kurt Cobain. (When Elisabeth talks about watching Marilyn being interviewed, she may be referring to documentaries like Marilyn Vs. Marilyn and Love, Marilyn, which intersperse audio clips with archive footage. There are relatively few recorded interviews with Marilyn.)

“GQ: I know you prepared for Her Smell by studying behind-the-scenes docs of Marilyn Monroe. I’m curious if that affected how you thought about Marilyn Monroe.

Elisabeth Moss: Some of the stuff that I saw was just her vulnerability and how messed up she was on drugs and how fragile she was. And people were just pretending like it was normal and not acknowledging it. I remember this one interview I watched where she was clearly in a really bad place, and clearly on some sort of pills, and she was so fragile and vulnerable. It sort of broke your heart to see somebody like that who’s such a genius artist but is just struggling so much and nobody’s helping her. She seems so alone.”