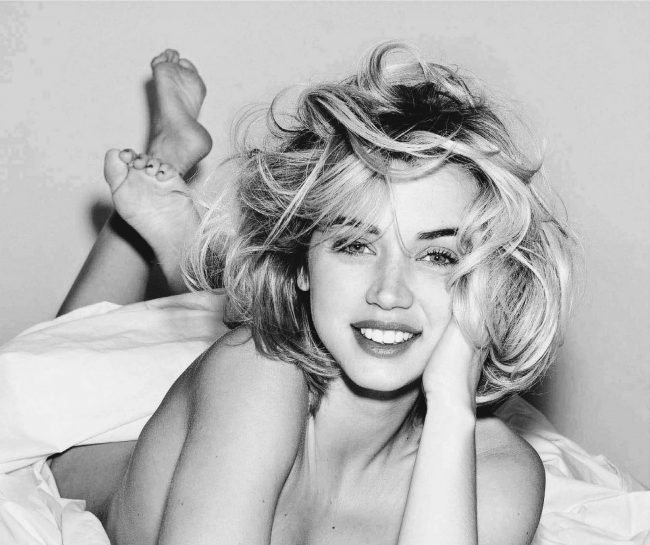 30 year-old Cuban actress Ana de Armas, whose screen credits include Blade Runner 2049, may be cast as Marilyn in Andrew Dominik’s long-mooted big-screen adaptation of Blonde, Joyce Carol Oates’ 2000 novel loosely inspired by Marilyn’s tumultuous life, Collider reports – although Netflix have yet to confirm this. Naomi Watts and Jessica Chastain are among the big names previously suggested for the role. Dominik first announced his intention to direct Blonde back in 2010, but his pet project has endured many setbacks. A television adaptation starring Poppy Montgomery aired in 2002, to mixed reviews. While Blonde was a major literary success, many Monroe fans (myself included) feel that it takes too many liberties with the facts.