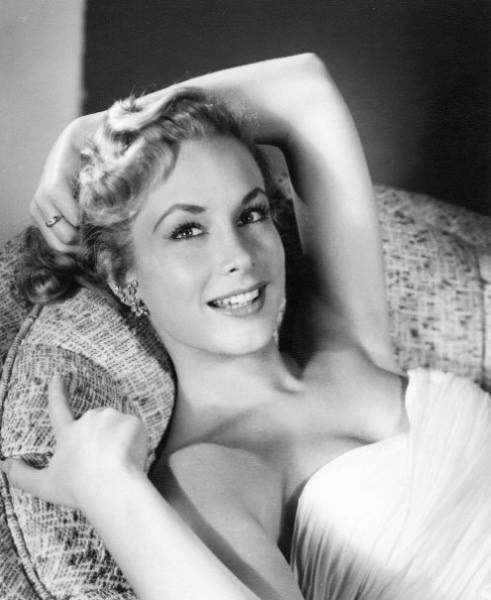 Actress Barbara Eden is best-known for her zany role in the 1960s sitcom, I Dream Of Jeannie. She also starred in the TV spin-off of How to Marry a Millionaire, which ran from 1957-59.  Her ditzy character, ‘Loco Jones’, was a blend of the roles played by Marilyn and Betty Grable in the 1953 movie. And as Barbara revealed in a recent interview for Studio 10, she would later meet Marilyn in the flesh.

“She eventually met Monroe, as they both shared the same stand-in – Evelyn Moriarty. Recalling the meeting, Eden said: ‘Marilyn was over there doing wardrobe tests. I’m standing there with [Evelyn], and Marilyn came out and [Evelyn] said, “Marilyn, I want you to meet my other star”.’

Monroe was filming her last movie at the time and Evelyn later confided in Barbara following the famous actress’ death, claiming she never believed the reports at the time.

‘Evelyn said, ‘”She would never take her own life”. I just feel it was probably an accident,’ Eden said. ‘She wanted to get to sleep, and took too many [pills]… I hope that’s what it was.'”