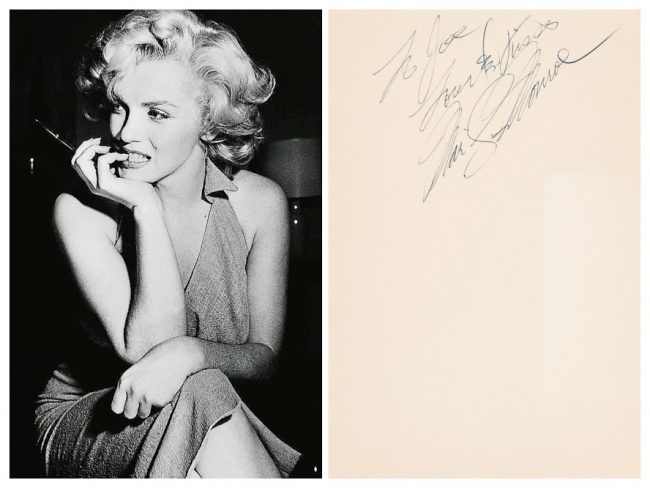 A piece of cardstock inscribed “To Joe/Love & Kisses/Marilyn Monroe” in blue ballpoint pen was sold for $1,875 yesterday during the Entertainment & Music Memorabilia sale at Heritage Auctions. (There is no indication, however, that the card was inscribed to ex-husband Joe DiMaggio – and the wording suggests a casual acquaintance or fan.) 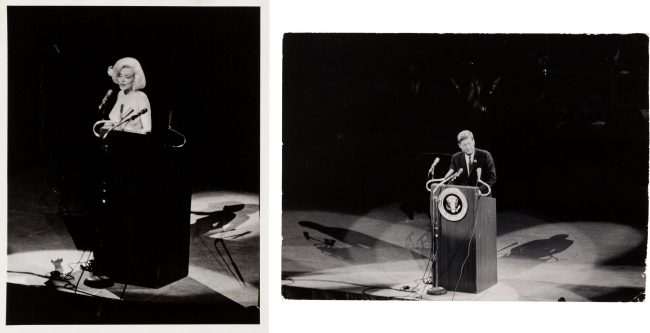 Photos of Marilyn by Andre de Dienes, a Some Like It Hot publicity shot with a clipped signature from Tony Curtis, and a Hugh Hefner-signed 1997 edition of Playboy magazine (with Marilyn on the cover) were also sold; and two individual photos of Marilyn and President John F. Kennedy, taken by Yale Joel at Madison Square Garden in 1962, fetched a total $1,062.50.