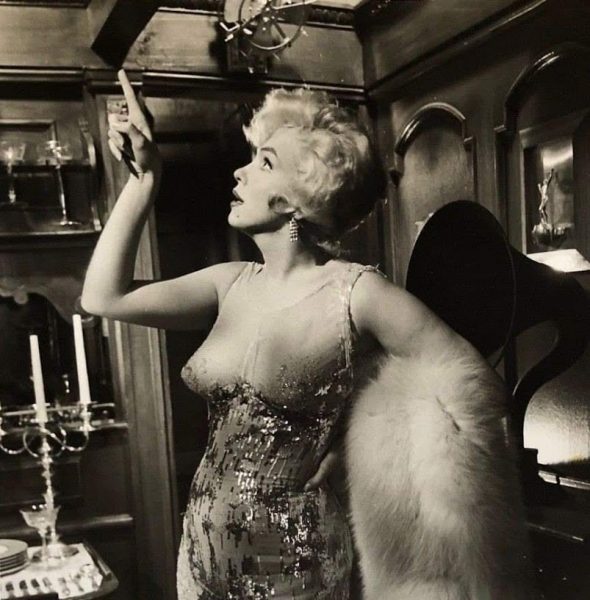 Chris Cabin has reviewed Criterion’s new 4K restoration of Some Like It Hot (available on DVD and Blu-Ray) for Slant.

“Sugar Kane’s willingness to indulge in the perverse proclivities of the rich is more grounded here than that of Monroe’s Lorelei in Gentlemen Prefer Blondes, but then, Some Like It Hot is a more ambiguous affair than Howard Hawks’s extravagantly ludicrous musical … Money, more than gender or even sexual attraction, is the ultimate aphrodisiac here, and if this deeply cynical belief is slightly upended by the film’s ending, as in The Apartment, the idea is never entirely dispelled by the narrative.

By the end of Some Like It Hot, Sugar Kane is singing ‘I’m Through with Love,’ but it’s a song she’s been singing all along, gossiping with Josephine about all the lousy musicians who’ve romanced her and then bilked her for all she’s worth. The lead singer of the Sweet Sues doesn’t show up until a solid 30 minutes into the film, but make no mistake, Monroe’s importance in this picture is second only to Wilder’s. A notorious presence on the set, the actress flubbed her lines, arrived late, and tested the saintly patience of her director and co-stars, but on the big screen, Monroe holds the audience in her gaze without a flicker of hesitation.”