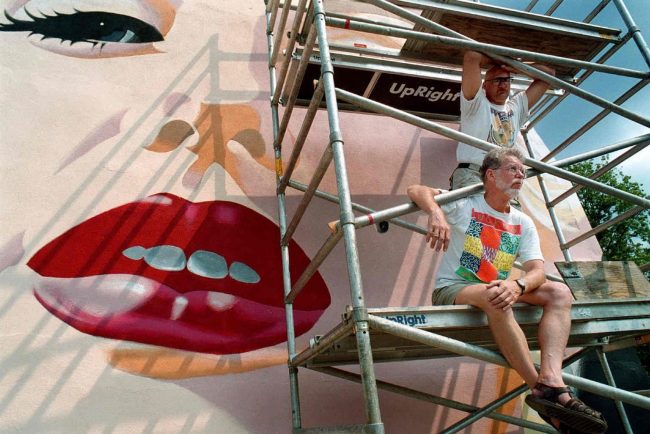 John Bailey, the artist behind the famous Marilyn mural in Washington D.C., has died, as John Kelly reports for the Washington Post. (The mural is based on a 1955 photo by Milton Greene, and was created in 1981.) 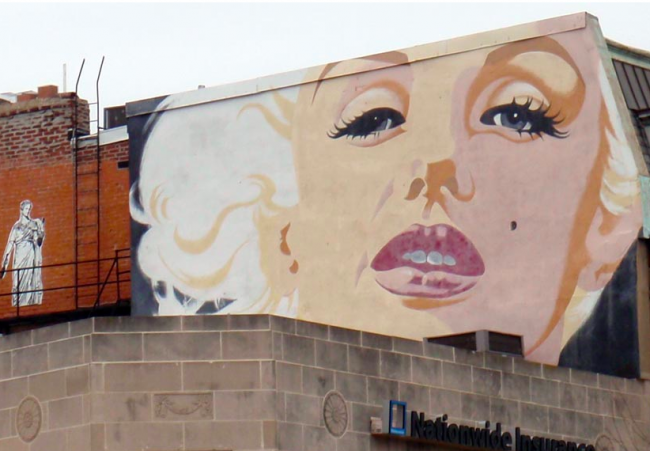 “John Bailey died last week in Richmond. He was responsible for one of Washington’s most famous paintings, even if you never knew it was he who painted it: the Marilyn Monroe mural in Woodley Park.

I mentioned the mural last week in my column about one of the men who commissioned it, hair stylist Roi Barnard. It was an odd but fitting coincidence that Bailey passed away at age 78 just as I was preparing the article for publication.

‘It was just so beautiful,’ Barnard said of his reaction the first time he saw Bailey’s mural, painted in 1981 on the side of the Connecticut Avenue NW salon Roi ran with his then-partner, Charles Stinson.

For Barnard, it was a literal dream come true: He had seen the mural in his sleep.

Bailey spent a year living in Barnard and Stinson’s house at 16th and Colorado NW. The artist used it as a base of operations while he painted the bottom of their swimming pool (another Marilyn) and worked on portraits.

Bailey was also a dancer and was married to the grande dame of dance in Virginia, Frances Wessells, who survives him.

‘He meshed photorealism with a painterly touch,’ [Robbie] Kinter said. ‘Even though he was a photorealist, he had a beautiful sense of design. I think he really saw beauty in things.’

Bailey’s Marilyn was one of the first murals in a city that has since become famous for them. Her lips are parted, her eyelids heavy. She fills the frame, an inscrutable memorial in this monumental town.

‘He made a beautiful, physical mark on this city that has nothing to do with politics. And not everyone can say that,’ said Nancy Tartt, who met Bailey when she studied dance at George Washington University.”