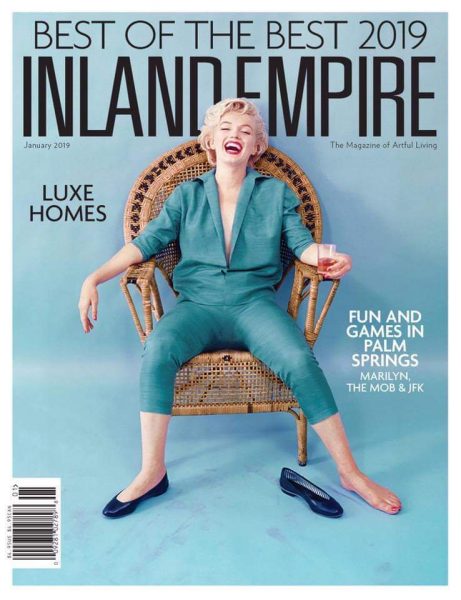 Marilyn gets her first magazine cover of 2019 with this beautiful Milton Greene shot for Inland Empire, a high-end lifestyle magazine for the Southern California region. Inside the upcoming January issue, there’s an article about Palm Springs and its links to Marilyn, Frank Sinatra and other Hollywood legends. Marilyn visited the glamorous Racquet Club with Johnny Hyde in 1949, and again in 1954. In 1962 she spent a weekend at Bing Crosby’s Palm Springs home, when the singer played host to President John F. Kennedy. And in recent times, Seward Johnson’s giant sculpture, ‘Forever Marilyn‘, has proved a firm favourite with sightseers at the desert resort.

Thanks to Paul Glazebrook 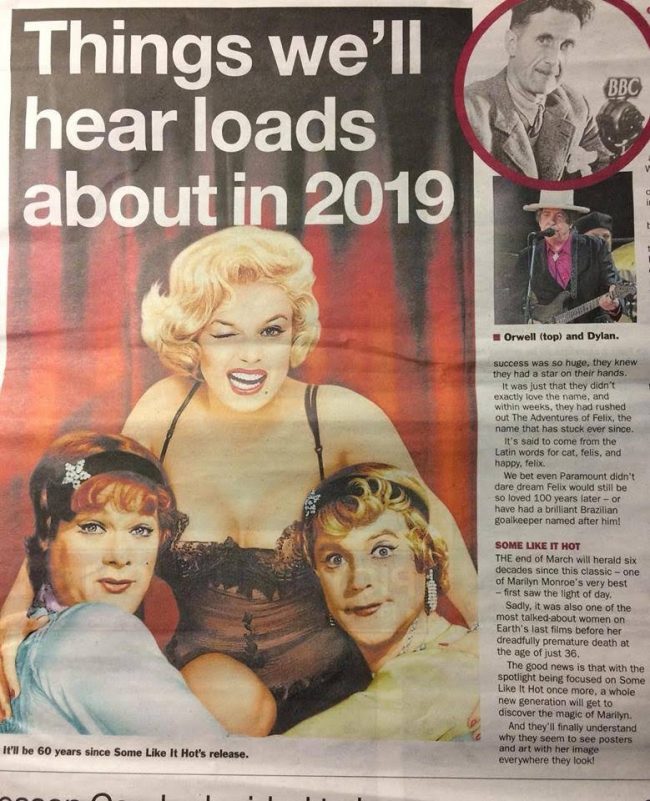 Scotland’s Weekly News has always been a friend to Marilyn – and in its first issue of 2019, predicts that the 60th anniversary of Some Like It Hot‘s release will make headlines this year. The comedy classic had its US premiere in March 1959, and opened in London on May 14th. 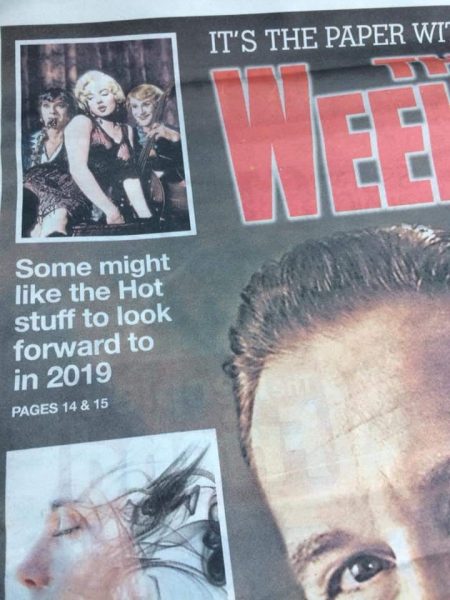