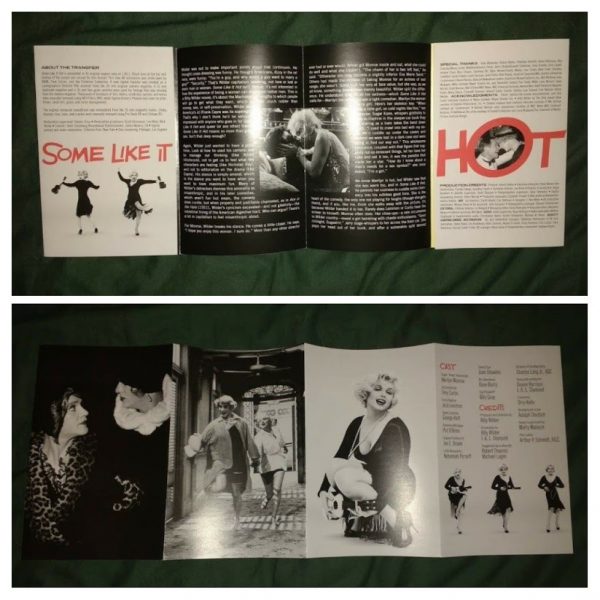 Another review for the new Criterion Collection edition of Some Like It Hot (see my photos of the booklet, above) is posted today on Daniel S. Levine’s Movie Mania Madness blog, this time with a special focus on the extras.

“Some Like It Hot works for me. It’s not as polished and perfect as The Apartment, as snappy as The Major and The Minor or as hopelessly romantic as Sabrina. But it doesn’t have to be. Rather, it is a successful mix of everything that made Wilder’s best movies work, minus the biting cynicism of The Lost Weekend, Sunset Boulevard or Ace in the Hole.

The 2-disc DVD also included galleries and an interactive pressbook, which are also not included here. However, considering how in-depth everything we do get is, those do not feel like big omissions. There’s a lot crammed onto this disc, ensuring that fans of the film will still want it even if they have previous editions.”