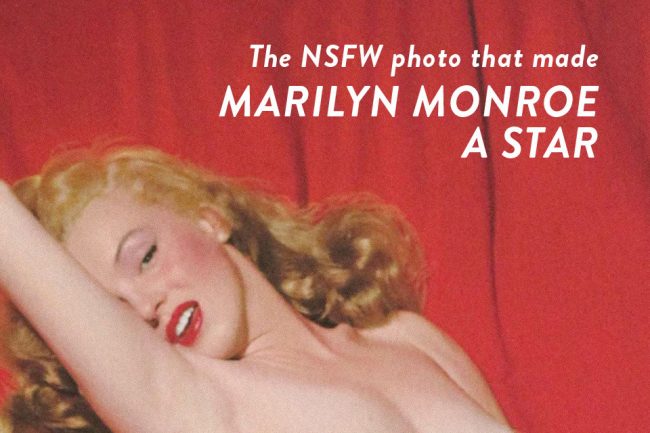 The story behind Marilyn’s nude calendar scandal is retold by Pierre Vulag, owner of the Limited Runs poster company, in an interview with Alec Banks for High Snobiety. It’s a good read, with a couple of minor corrections: firstly, Marilyn was shooting Clash By Night when the news broke in early 1952 (not Gentlemen Prefer Blondes, which came later); and secondly, while Marilyn told reporters she had posed nude for photographer Tom Kelley because she was behind on her rent, it was actually to get her car out of hock. (Her friend Sidney Skolsky had advised her that the rent story would play better with the public, and it worked!)

“Every press person I talk to ends their questions with ‘why do you still think people are fascinated by Marilyn Monroe?’ It’s exactly that. When the studio insisted that she deny it, she said ‘I will not, and it is me. I have nothing to be ashamed of.’ It was that honesty that the public could relate to … You think of all the Hollywood actors that people still relate to today – James Dean, Elvis Presley, Humphrey Bogart. Those people bled on the screen. They were honest and their personality was like ‘this is who I am, take me or leave me.’ And it’s that thing that she had and people loved.”