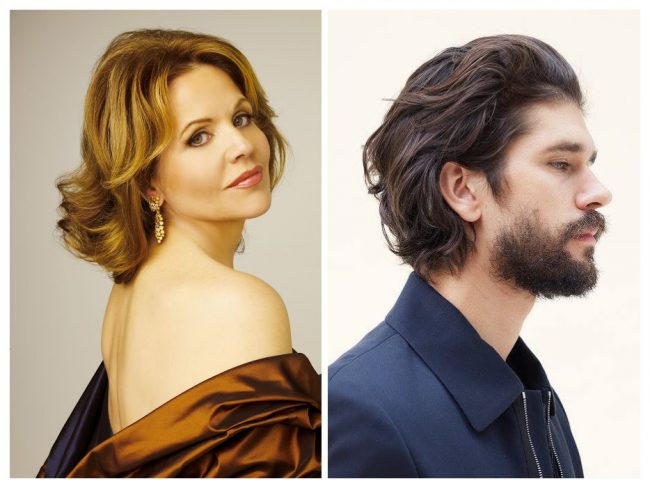 Earlier this year, it was reported here that Norma Jeane Baker of Troy, a new performance piece by poet Anne Carson, would make its debut at The Shed, a new multi-arts centre in Hudson Yards, NYC, when the venue opens in spring of 2019. Carson wrote the play – which is part-spoken, part opera, and inspired by the parallels between Marilyn and Helen of Troy – specifically for English actor Ben Whishaw and soprano Renee Fleming, with Katie Mitchell directing and music by Paul Clark. And while Ben won’t be singing, in a novel piece of casting it seems that he will indeed be playing Marilyn herself! “Norma Jeane Baker was Monroe’s real name and the play’s about Marilyn Monroe – and I play her … sort of,” he tells the Daily Mail‘s Baz Bamigboye (click on the photo below to read at full size.) 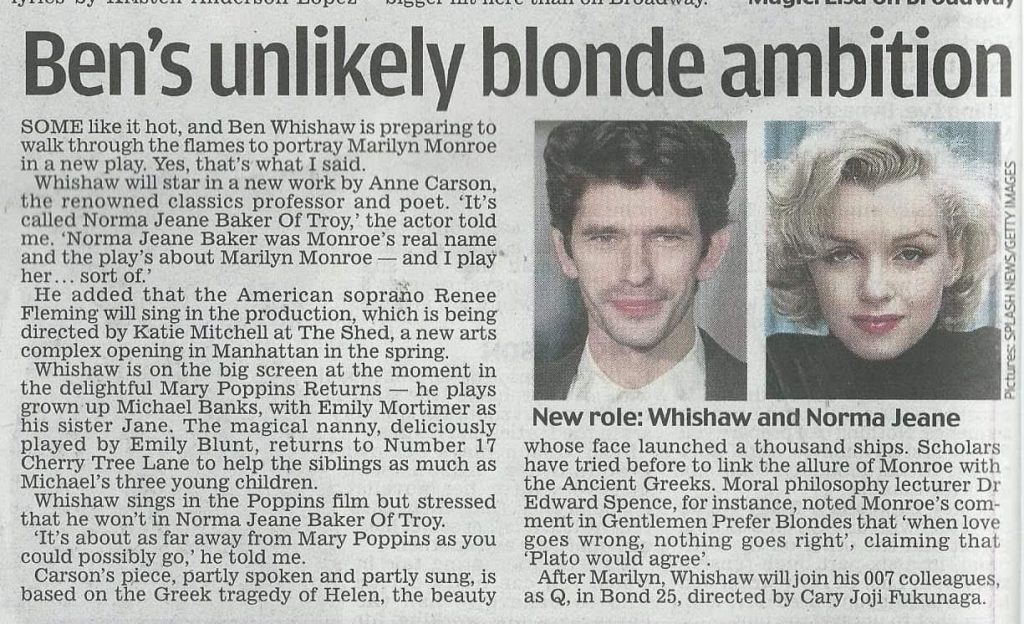 Thanks to Nicola at Marilyn Remembered