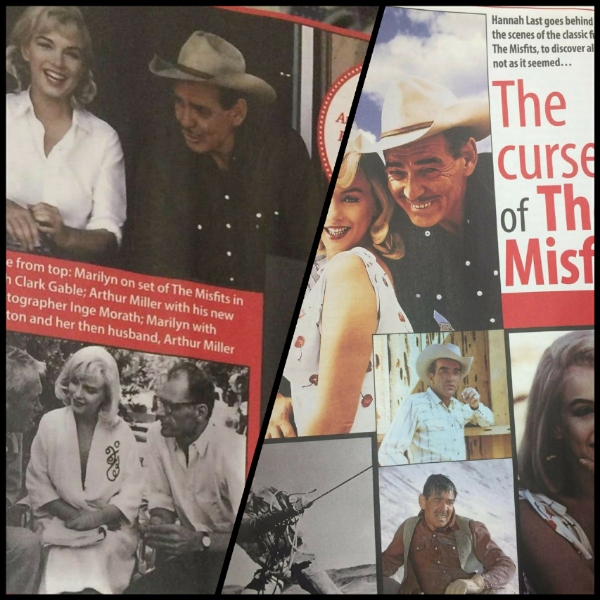 Marilyn is featured again in the latest issue of UK nostalgia magazine Yours Retro, with ‘The Curse of The Misfits’, a two-page article by Hannah Last, included with other pieces about Elvis Presley and his mother, the greatest Hollywood musicals, and cover girl Natalie Wood. (My only criticism of the article is that it repeats the unfounded allegation that Arthur Miller became involved with his third wife, Inge Morath, on the Misfits set. In fact, their relationship began with a chance reunion in New York in 1961.)