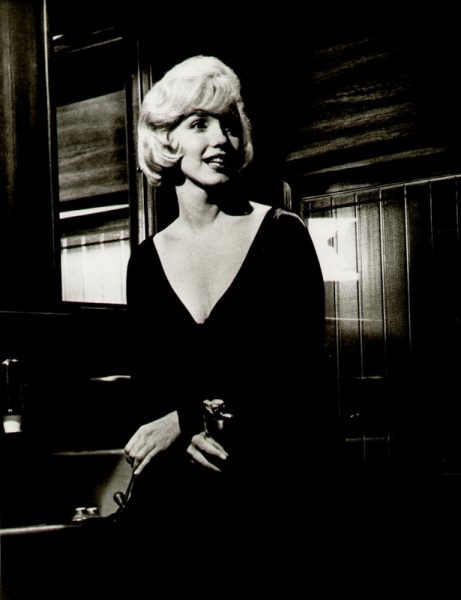 Dennis Seuling has reviewed the new Criterion Collection edition of Some Like It Hot for The Digital Bits.

“Ms. Monroe is the heart of the film as Sugar, sweet-natured despite having had her share of hard knocks. She trusts Josephine and Daphne, gets a little tipsy, and confides her insecurities to ‘the girls.’ Ms. Monroe plays the role with a natural combination of sex appeal and innocence. Her comic timing is perfect, always aware of where the joke is and hitting the right emphasis effortlessly.

This Blu-ray release, with high definition 1080p resolution, is a new 4K restoration with an uncompressed monaural soundtrack. An original 35mm camera negative was the primary source for the restoration with an aspect ratio of 1.85:1. Visual quality is pristine, in keeping with the Criterion Collection’s high standard for black and white releases. Detail is excellent, particularly in the nighttime car chase early in the film. Clothing patterns, strands of hair, and skin textures in close-ups stand out.

Audio is clean and clear, with dialogue coming through perfectly. In a scene that has Lemmon shaking maracas, Wilder wisely had him shake them between his lines so that the jokes could be heard. Machine gun fire is as impressive as in a modern gangster flick. Ms. Monroe’s songs, ‘Runnin’ Wild’ and ‘I Wanna Be Loved By You’, are balanced well and the singer’s sultry voice dominates.

Bonus extras on the Blu-ray release include audio commentary, three behind-the-scenes documentaries, a featurette about Orry-Kelly’s costumes, an appearance by Billy Wilder on The Dick Cavett Show, a conversation between Tony Curtis and critic Leonard Maltin, a French TV interview with Jack Lemmon, a radio interview with Marilyn Monroe, a trailer, and a booklet containing a critical essay.

Marilyn Monroe on the radio – In this 1955 interview with Dave Garroway on Monitor, Ms. Monroe discusses her role as sex symbol and the stereotyped role of the ‘dumb blonde,’ which she believes is a limited view. She discusses her plan to move to New York and her particular fondness for Brooklyn and its atmosphere. Her favorite singers are Ella Fitzgerald and Frank Sinatra (noting his new, jazzier style). Her goal is to be a good actress.”