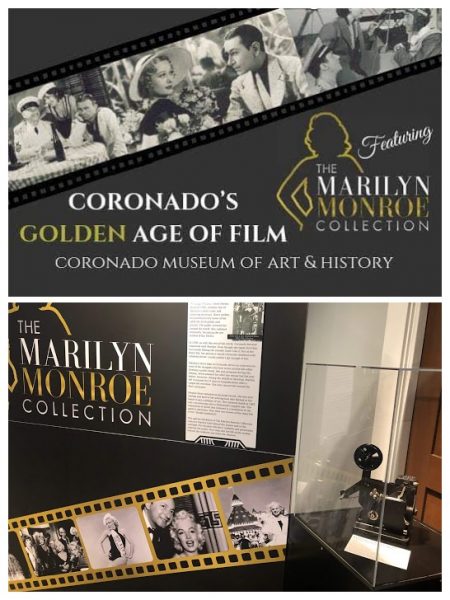 Sixty years ago, the ‘Florida’ scenes for Some Like It Hot were filmed on Coronado Island near San Diego, California.

From now until January at the Coronado Museum of Art & History, a new exhibition – Coronado’s Golden Age of Film – explores the resort’s movie connections, hosted by the Coronado Historical Association and with items from Scott Fortner’s Marilyn Monroe Collection as its centerpiece. 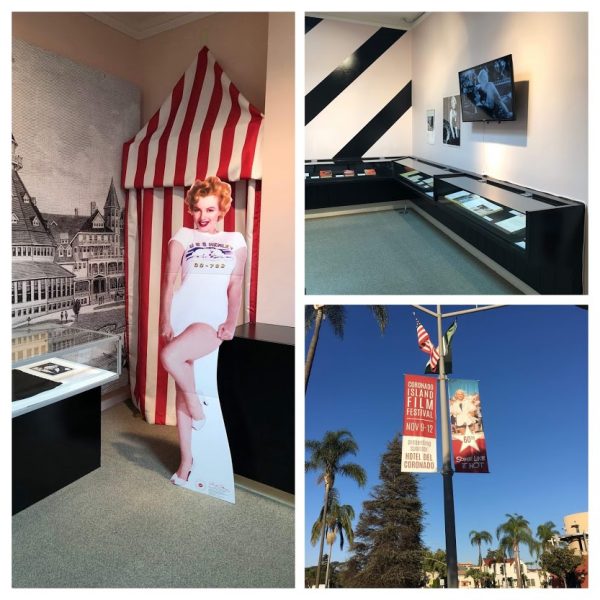 “The Marilyn Monroe Collection comprises a lifetime of memories, both Marilyn’s and the collector’s. On loan to the Coronado Historical Association are a selection of Coronado-centric pieces from the collection consisting of items from Marilyn’s personal wardrobe, including a dress she wore off the set during filming of Some Like it Hot, cosmetics, books from her personal library, numerous personal and professional documents, a Marilyn Monroe signed bank check made payable to her acting coach Paula Strasberg, and other items directly from her estate. 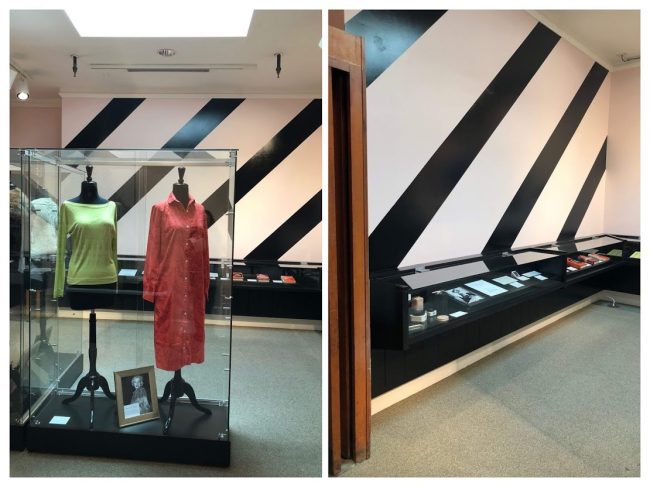 Coronado’s film history is rich and vast beginning with a short documentary filmed by the Edison Company, through the golden age of silent film, into Hollywood’s golden age, to today. Visit the Coronado Museum to view some of Coronado’s earliest films, explore Coronado’s Cinema Hall of Fame, and get to know Marilyn Monroe by viewing her clothes, photographs, and papers.”