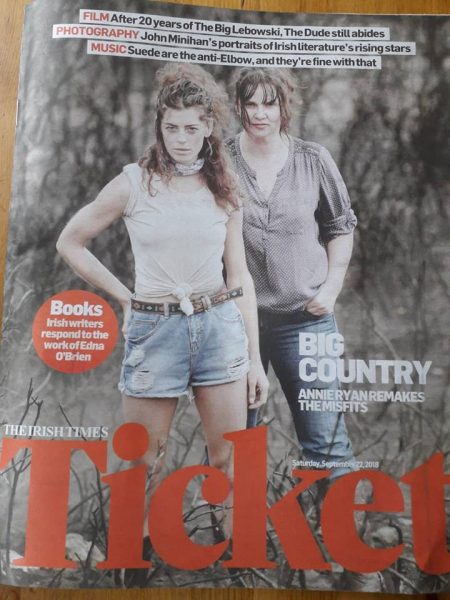 Reviews are in for Annie Ryan’s recent production of The Misfits at the Dublin Theatre Festival. It’s unclear as yet whether a full run will follow, so watch this space! 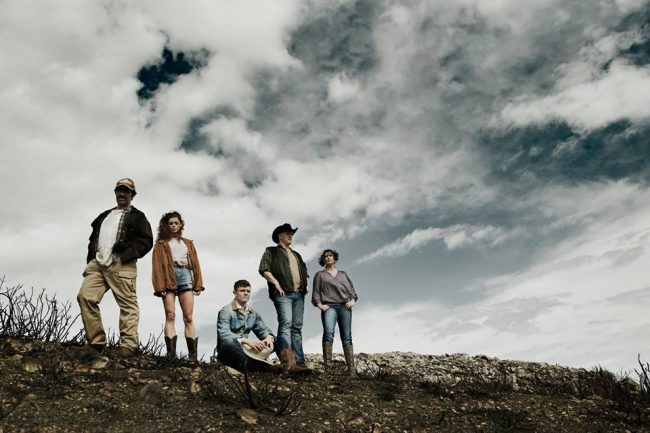 “Roslyn (Aobhínn McGinnity), first played by Monroe, is stronger, more worldly, and more sardonic than the original, and, crucially, she is a brunette, instantly drawing a distinction with Monroe … The play suffers from the same problems Miller’s original novella and screenplay did; it is an awkward narrative that constantly changes tone, and is eventually unclear in what it wanted to say. This production, though, one of the most anticipated of the Dublin Theatre Festival, does not disappoint.” – Ciarán Leinster, Reviews Hub

“If there appears to be a lack of nuance in the characters, it’s one that has been forced on them by their circumstances. It’s a strength of Miller’s writing that he is still able to reveal a humanity in the characters … Aoibhinn McGinnity’s Roslyn and Úna Kavanagh’s Isabelle hold the keys, even if in the latter case it’s just the key to the bar, both just as much misfits to the power dynamic of a very male-centred world.” -Noel  Megahey, The Digital Fix

“Stage-plays migrate into movies frequently, often with great success; the traffic is lighter in the other direction. Some of the technical challenges are here very well met by movement director Justine Cooper; the lassoing of the mustang is effective, complete with the character of Isabelle embodying the struggling horse.

All five performances are first-rate, each actor taking plenty of risks. This is a thoroughly enjoyable dramatic probe into what’s biting the American male; it ends on a profound and optimistic note.” – Irish Independent

“While Roslyn stirs their passions, she is not the flaky sex object that a visibly unhappy Marilyn Monroe played in her final movie. She instead becomes the means of exposing the men’s rootlessness, insecurity and uncertain sense of self. Miller may have seen himself as a misfit in the sense of being a political malcontent, but Ryan’s version reminds us that at the heart of the story is a wider crisis in masculinity.” – Michael Billington, The Guardian