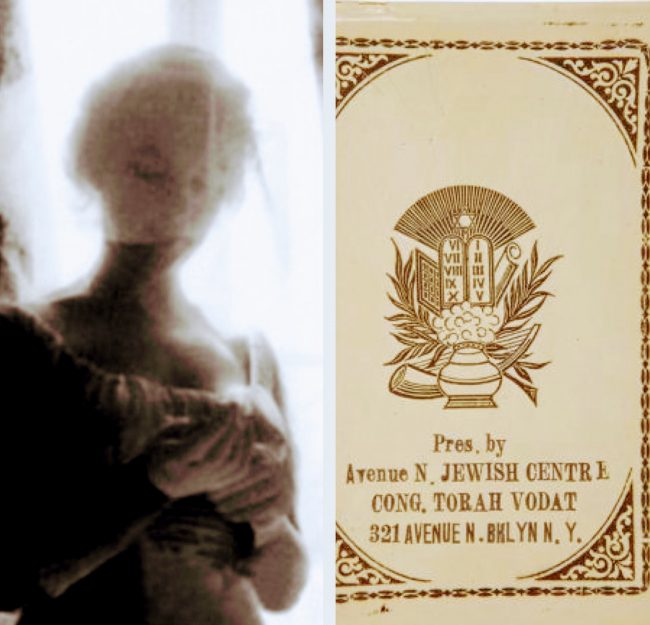 A Jewish prayer book  or ‘Siddur’ acquired and personally annotated by Marilyn during her 1956 conversion will be auctioned at J. Greenstein & Co in Cedarhurst, New York on November 12, with an estimated price of $5,000 – $8,000, as Anthea Gerrie reports for the Jewish Chronicle. (Originally purchased at Christie’s in 1999, it went unsold at another New York auction last November.)

“The Siddur, being sold on behalf of an Israel-based American who bought it directly from the star’s estate in 1999, bears the imprint of the Avenue N Jewish Center in Brooklyn.

This was the shul of playwright Arthur Miller, Monroe’s third husband, and Jonathan Greenstein, New York’s prime auctioneer of Judaica, says a current member of the congregation has ambitions to return it to the synagogue: ‘He will be bidding on it himself, as he says it is known that Marilyn and Arthur Miller attended services there.’

It was not where the star studied for her conversion. Her mentor was Connecticut-based Rabbi Robert Goldburg, who married the couple in 1956 and later presided over Seders they attended.

History suggests she was driven to convert not only by her love for Miller, but rejection of the Christian fundamentalism practised by her foster parents … But despite keeping her Siddur close, playing the Hatikvah from time to time on her menorah and maintaining  a mezuzah on her doorpost, Monroe did not get a Jewish burial.”