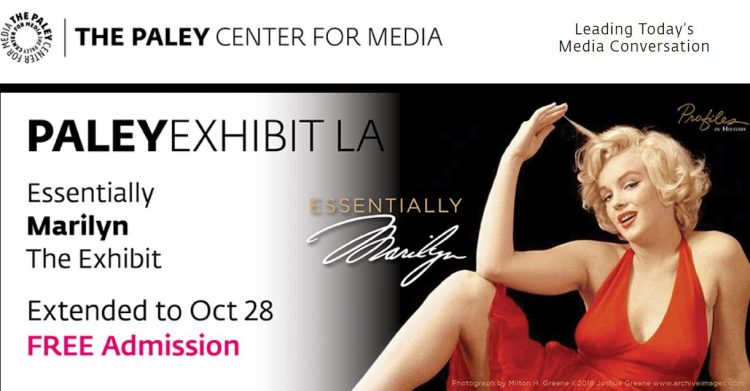 Essentially Marilyn, the exhibition showcasing the collection of Maite Minguez Ricart, has been extended through October 28 at the Paley Center for Media in Los Angeles, reports Broadway World – and there’s more news on the upcoming auction…

“Profiles in History is proud to announce their next legendary, blockbuster Hollywood auction to be held December 11th, 12th and 13th in Los Angeles, and will go on display at The Paley Center for Media in Beverly Hills, currently the site of Essentially Marilyn: the Exhibit, starting October 4th and running through October 28.

Essentially Marilyn: The Auction will be on the morning of December 11th, before the Hollywood auction begins.

They have added an unreleased studio master recording of Marilyn Monroe singing the song ‘Down, Boy!‘ from Gentlemen Prefer Blondes, which was never filmed. It is being sold with copyright and is estimated to sell for $100,000 – $150,000.”