This Marilyn-themed jigsaw puzzle – inspired by a US postage stamp – is among many weird and wonderful finds spotted by Texas-based photographer Norm Diamond and featured in Everything Must Go: Stories From Estate Sales, a new still-life exhibition at the Cumberland Gallery in Nashville, Tennessee until October 27. 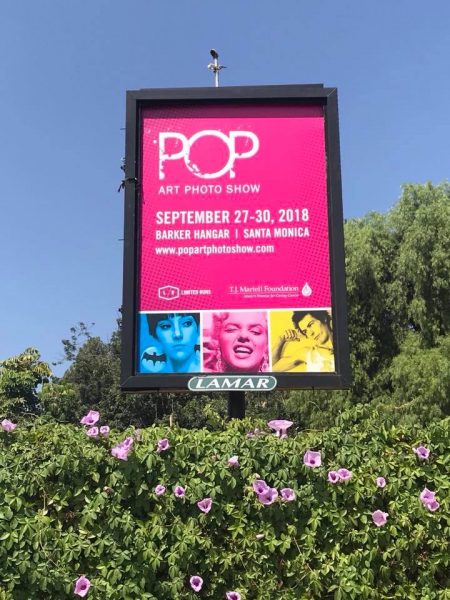 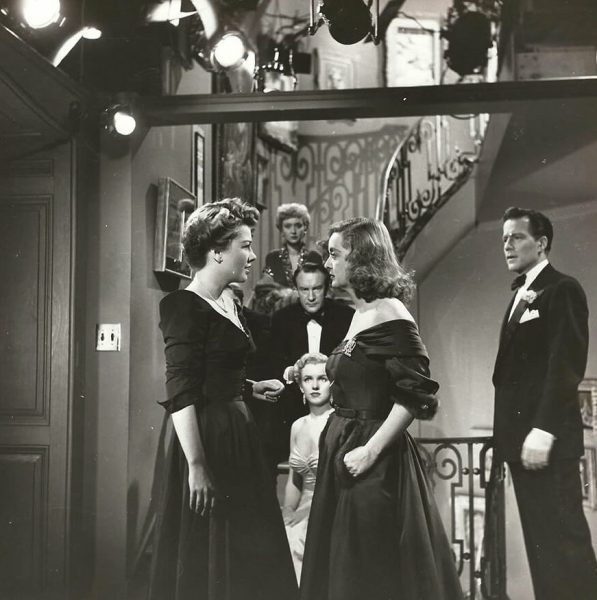 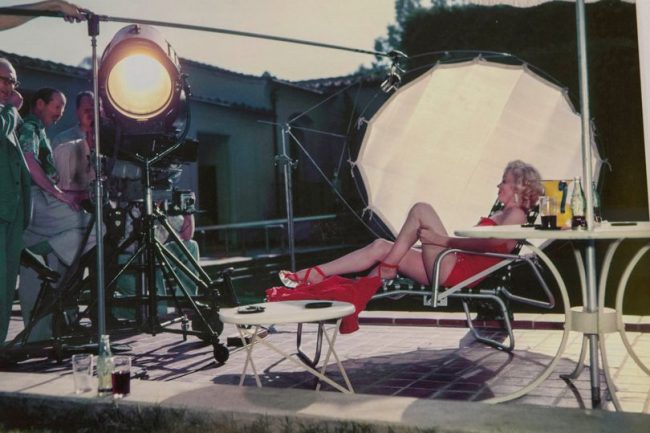 Ted Ryan, official historian for Coca Cola, has been showing The Mirror‘s Emily Setter around the company archive in Atlanta, Georgia. Of particular interest was this rare photo of Marilyn…

“Lolling on a sun lounger in a Coca-Cola red swimsuit and sky-high glass stilettos strapped on with red ribbons, Marilyn Monroe looks the real thing. America’s brightest star fizzed as she posed for a glamorous advertisement for America’s coolest drink in these never seen before images from 1953. Incredibly, for a reason now lost in the mists of time, Marilyn’s sizzling Coke campaign never saw the light of day. Until now.

‘Why wouldn’t you want one of the hottest celebs in the world agreeing to appear with your product?’ laughs Ted Ryan. ‘Why was she not used? The ad was being done on spec, but it was never accepted by the company. We just don’t know why.’

Coca-Cola only learned of the candid behind-the-scenes shots by celebrity photographer Harold Lloyd last year after they were found in, of all places, the archives of NASA.  Naturally, Coke snapped them up, and is today letting the Mirror publish them for the first time.” 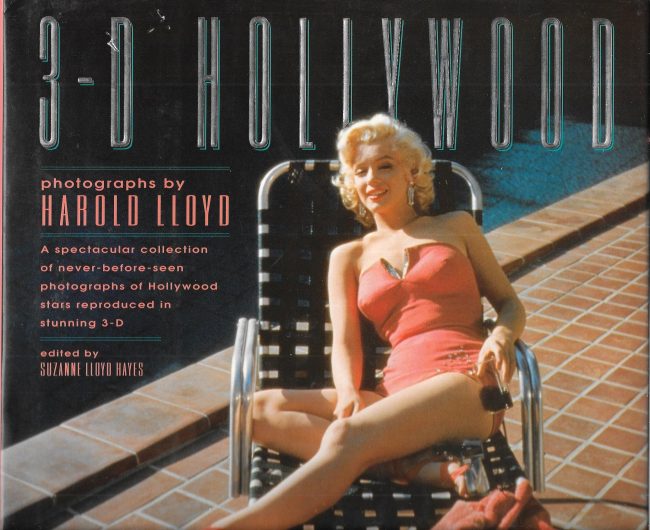 However, this is not the full story, as ES Updates has previously revealed. Marilyn was actually filming a PSA for the US Air Force (not NASA) at Greenacres, the Beverly Hills estate of former silent comedian Harold Lloyd, whose own glamour shots were published in the 1992 book, 3-D Hollywood.

“She visited in 1953 with Jean Negulesco, supposedly to film a dream sequence for How to Marry a Millionaire. This never transpired, but footage of a seductive Marilyn purring ‘I hate a careless man’ was used in ‘Security Is Common Sense’, a PSA for the US Air Force, warning servicemen against revealing military secrets in letters home.

Studio contract stars like Marilyn were routinely asked to endorse products, although she would do so less frequently in later years … the Lloyd shoot does not appear to have been directly connected to Coca Cola – but the tacit promotional value was clearly welcomed, and it has since become part of their glamorous legacy.” 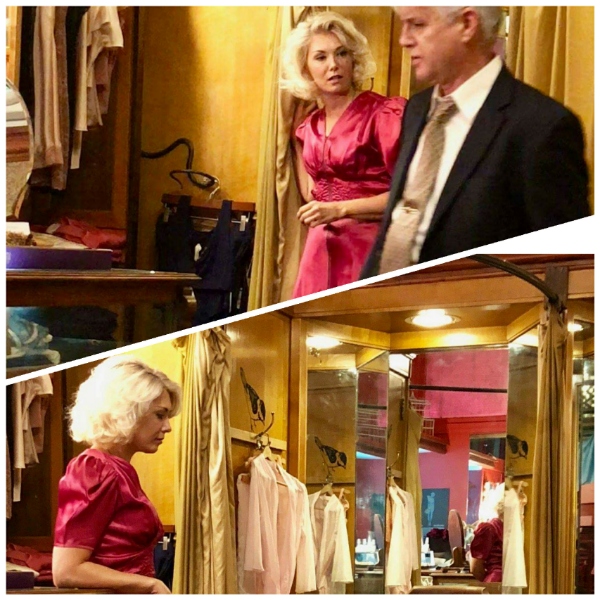 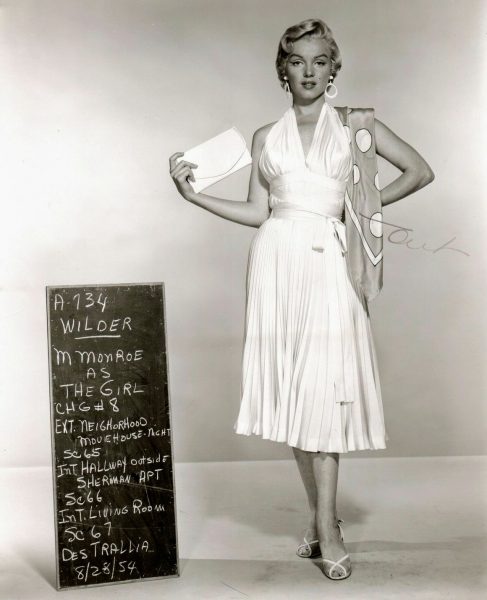 The Seven Year Itch will be screened at NoHo 7 on Lankershim Boulevard this Thursday, September 20 at 7:30 pm, as part of the Throwback Thursday series.

Thanks to Christina at Marilyn Remembered

Actress Lurene Tuttle, who appeared in Don’t Bother to Knock (1952) and Niagara (1953), will be the subject of a presentation by Elten Powers of the Steuben County Genealogical Society at the Carnegie Public Library in Angola, Indiana on Monday, September 17 from 6:30 – 8:00 pm, KPC News reports.

Born into a family with theatrical connections in nearby Pleasant Lake in 1907, Lurene Tuttle became a radio actress in the 1930s, and made her movie debut in 1947. In Don’t Bother to Knock, Lurene plays Ruth Jones, who is staying in a  hotel with her husband during a business conference, when the elevator operator suggests they hire his niece, Nell Forbes (played by Marilyn) to babysit their young daughter.

It soon becomes clear that Nell is a troubled young woman, and after Ruth leaves her alone with the little girl, Nell puts on Ruth’s negligee, jewellery and perfume. Towards the end of the film, Ruth returns to find her daughter bound and gagged in the bedroom, and a struggle ensues in which Ruth ultimately overpowers Nell.

This brief scene was recreated in a rather lurid series of publicity photos featuring Lurene and Marilyn. They did not appear together in Niagara, in which Lurene plays Mrs Kettering, the cheerful, long-suffering wife of honeymooning ad-man Ray Cutler’s loquacious boss. Her character mirrors that of Polly Cutler (played by Jean Peters.)

September 15 marks the 64th anniversary of the filming of Marilyn’s most famous movie scene, standing over a subway grate in The Seven Year Itch with her skirt blowing up in the breeze. In an article for Mama Mia, Polly Taylor looks at the personal heartache behind one of Hollywood’s most iconic moments.

“The scene was filmed in public to generate publicity for the movie, and DiMaggio was among the crowd. Director Billy Wilder described the ‘look of death’ on DiMaggio’s face as Monroe’s skirt flew up and onlookers cheered, as reported by The Telegraph.

George S. Zimbel, one of many photographers on set, recalled DiMaggio becoming irate and storming off, riled up by the uproarious press and onlookers who were gathered to watch the scene … Just a month later, in October 1954, Monroe divorced DiMaggio on the grounds of ‘mental cruelty’.” 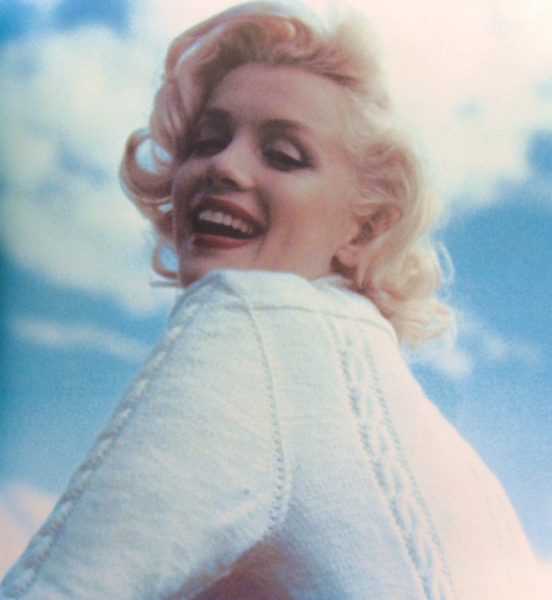 If you’re in the Poconos Pines in Monroe County, Pennsylvania this weekend, Norm Rubin will be hosting a 90-minute presentation, Hollywood Divas: Marilyn Monroe, at the Clymer Library from 2 pm tomorrow (September 15.) 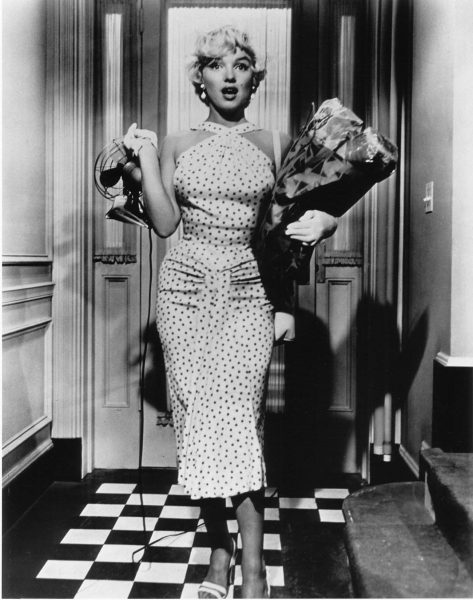 The polka dot dress worn by Marilyn for her grand entrance in The Seven Year Itch, plus a replica of the ‘subway scene’ dress (worn by Mira Sorvino in the 1996 TV mini-series, Norma Jeane and Marilyn), as well as Travilla’s other iconic designs for MM in Bus Stop and the ‘Diamonds Are a Girl’s Best Friend’ number from Gentlemen Prefer Blondes, will be on display as part of a free exhibition showcasing the Gene London Collection at the Eastview Mall in Victor, New York from September 24-October 8, the Rochester Democrat & Chronicle  reports.