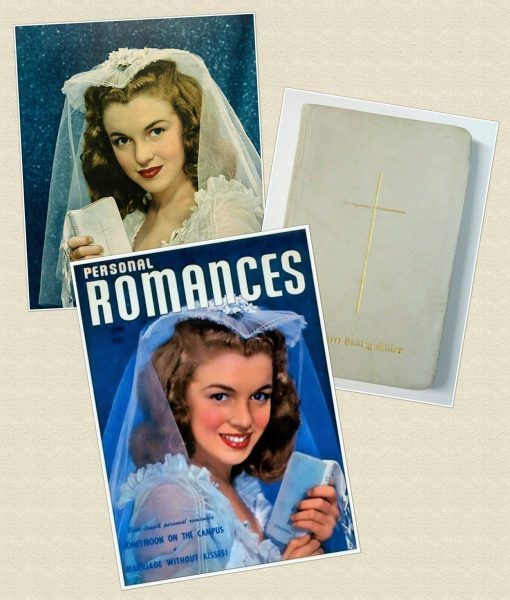 A vintage carbro print of Richard C. Miller’s ‘wedding portrait’ of 19 year-old Norma Jeane Dougherty – which made the cover of True Romances magazine in 1946 – is up for sale at Santa Monica Auctions on October 7 with an estimated price of $60,000-$80,000, as LA Weekly reports. The young model wore her own wedding dress for the shoot, and borrowed a bridal prayer book from Miller’s wife Margaret. 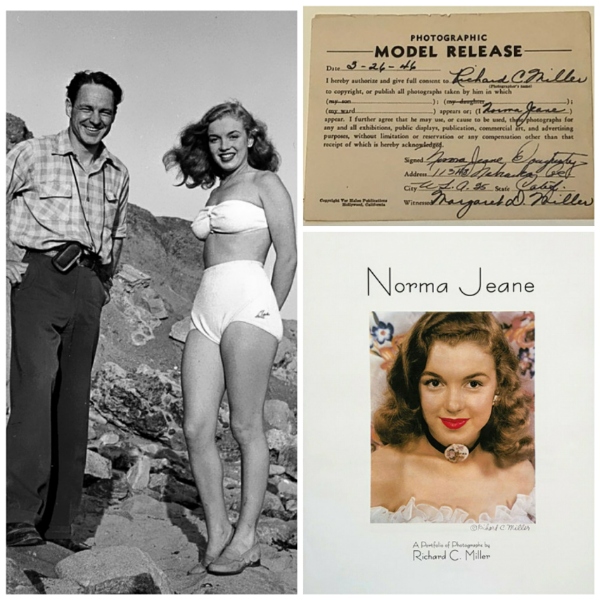 The prayer book is included in the lot, as well as a signed model release form, a linen clamshell box containing twelve more prints, and a photo of the newly blonde Norma Jeane and ‘Dick’ at work on a later beach session. Miller’s remarkable colour images capture the transformation from Norma Jeane to Marilyn, although ironically, her own first marriage would end in divorce just months after the ‘wedding portrait’ was published. Miller met Marilyn again in 1959, on the set of Some Like It Hot. You can read my tribute to him here. 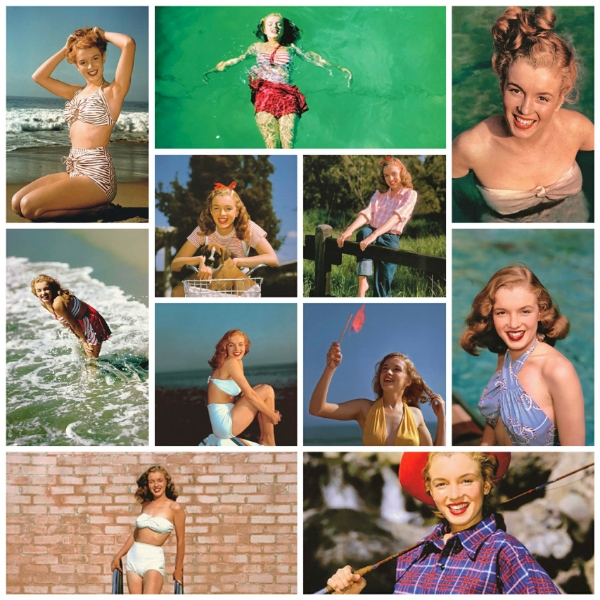