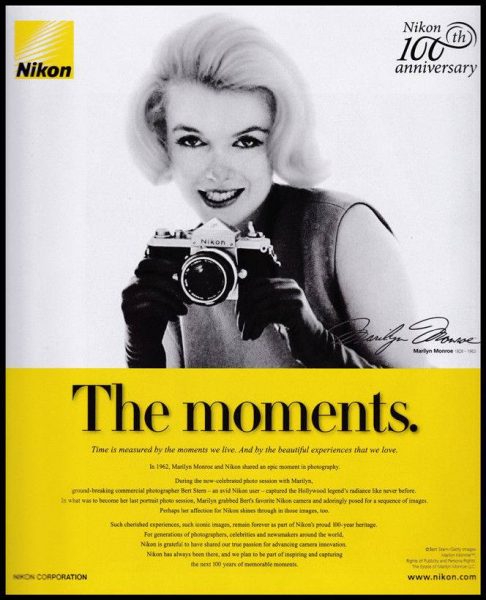 This lovely photo of Marilyn holding a Nikon F camera – shot by Bert Stern in 1962 – has been used for an advertising campaign to celebrate the Japanese company’s centenary. You can read the backstory at Wired.

“IN THE SUMMER of 1962, Bert Stern arrived at the Hotel Bel-Air in Los Angeles to shoot Marilyn Monroe with the last camera anyone expected — the Nikon F … Tough, portable and the most advanced camera of its day, the F would be used to capture everything from overseas battles to NASA space missions to the Super Bowl — but Stern would use it to revolutionize the world of celebrities …’On the Nikon, you’re looking right through the lens, so the shutter goes black when the picture is taken,’ he later said. ‘At that perfect moment, you just have to close your eyes and jump — you have to grab it.’ 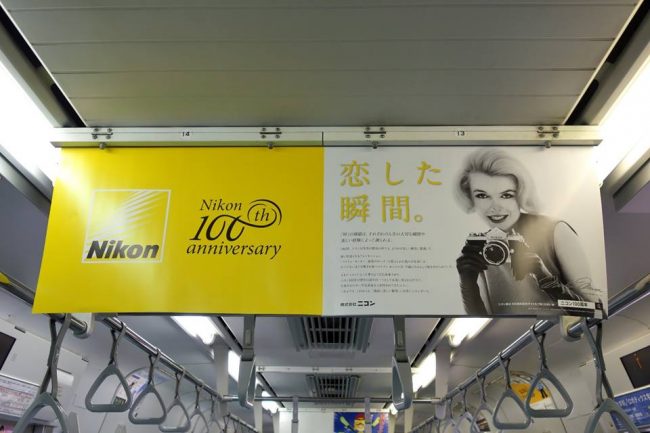 While Nikon continues to send cameras to the far corners of the galaxy, expanding the possibilities of photography, it remains Stern who first popularized them in another field — celebrities. In 1962, he had been waiting for hours in the Bel-Air when the world’s most famous actress suddenly arrived. ‘She was alone wearing a scarf and green slacks and a sweater,’ Stern later wrote. ‘She had no makeup on. I said, “You’re beautiful” and she said, “What a nice thing to say”‘ … ‘There have been many beautiful women since Marilyn Monroe,’ he later said. ‘But who is there that has her total magic? Nobody has that vulnerability anymore.'”

And here are some more images from this delightful sitting… 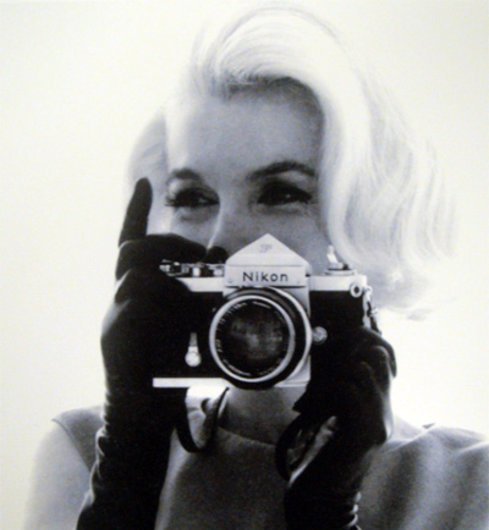 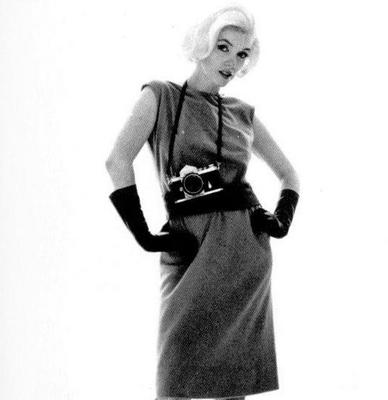 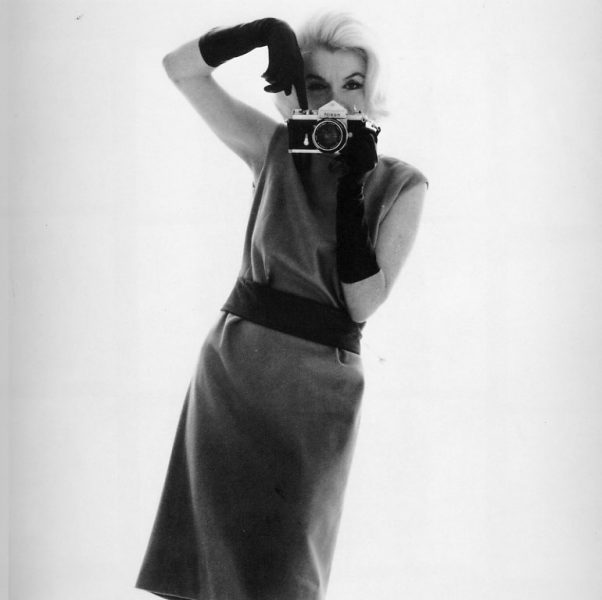 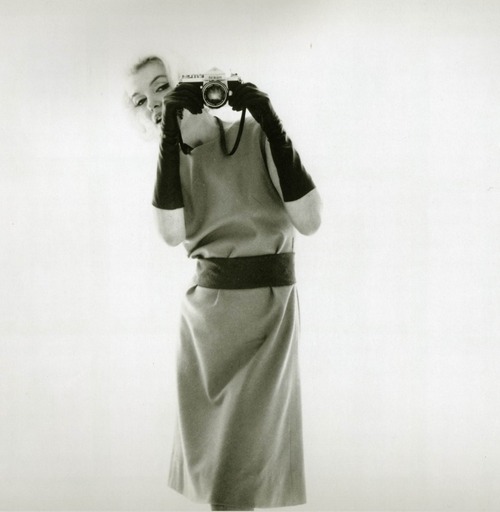 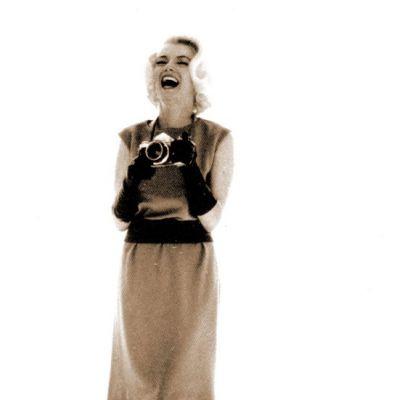