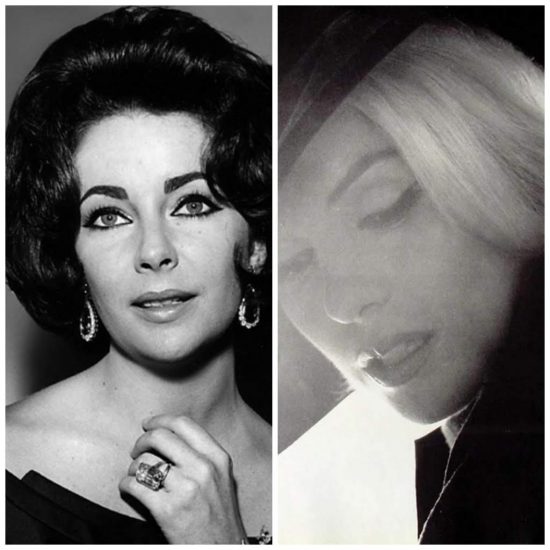 In Charles Casillo’s new biography, Marilyn Monroe: The Private Life of a Public Icon – due out this month – he claims that Marilyn’s alleged rivalry with Elizabeth Taylor was a myth, as Closer reports.  His source isn’t named here but hopefully the book will tell us more, as it’s a nice story. (And you can read my tribute to  Marilyn and Elizabeth here.)

“They were two of the biggest female sex symbols of the 50s and early 60s, but Marilyn Monroe and Elizabeth Taylor didn’t consider each other competitors. ‘In many ways [they] were pitted against each other by the press,’ Charles Casillo writes. ‘In reality, they barely knew each other, and the two had no animosity toward each other.’

Quite the opposite! Casillo writes of an incident in 1962, when 20th Century Fox was bleeding money on Liz’s over-budgeted extravaganza Cleopatra. The studio simultaneously fired Marilyn for alleged absences from the set of her never-completed final film, the aptly titled Something’s Got to Give.

Marilyn felt she was being sacrificed so Fox could save on her salary and spend it on finishing the bloated Egyptian epic. Two decades later, Liz revealed to a friend that she had reached out to Marilyn to offer her support during this difficult period.

‘Liz told Marilyn she was willing to publicly demonstrate her solidarity,’ Casillo says, offering to quit Cleopatra unless Marilyn was rehired. ‘Marilyn was very moved by Liz’s kindness toward her, but she didn’t want to make matters worse for either of them,’ so she declined the generous offer.

Instead, Liz gave Marilyn an invaluable piece of advice. ‘No matter what they write about me, Marilyn, I never deny it,’ Casillo quotes Liz as saying. ‘I never confirm it. I just keep smiling and walking forward. You do the same.’ Tragically, Marilyn didn’t live long enough to put those words into action.”